In 1929 there were only four sides participating in the competition, Acton, Ainslie, Eastlake and Manuka.

Ainslie only won 4 out of the 15 Home and Away games losing their last 6 games and finishing in fourth position. However several ex-Queanbeyan players came across to Ainslie late in the season. The strengthened Ainslie team were successful in each round of the finals and won the Club’s first Premiership.

In the Semi-Final Ainslie defeated the second side Acton

“Towards the end of the round they gave many ragged performances. On Saturday they played as one possessed. Their team work even dumbfounded their supporters, and their speed surprised their opponents.”

Ainslie then defeated Manuka in the Preliminary Final played at Northbourne Oval.

Although beaten by Manuka in the Semi-Final Eastlake exercised their right as Minor Premiers to challenge Ainslie to be played as the Grand Final.

On September 28, 1929 Ainslie played in the Grand Final against Eastlake at Northbourne Oval

It was a rough and thrilling game with Ainslie winning by 8 points.

The team was coached by George Hanley in the first part of the season with Morry Richards taking over later in the season. 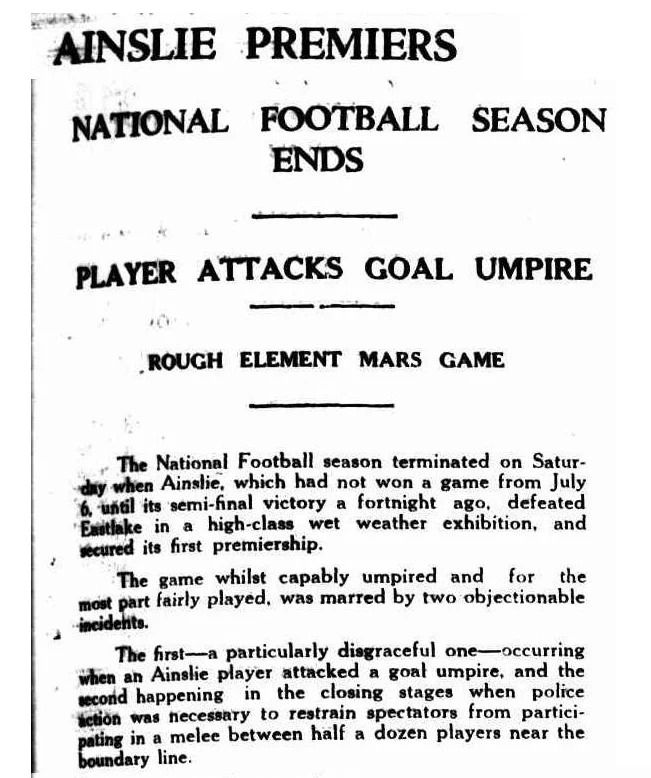 The year 1929 also marked the formation of the Ainslie Juniors.
The Club was formed on 22 April and Cliff Kennard was appointed manager. 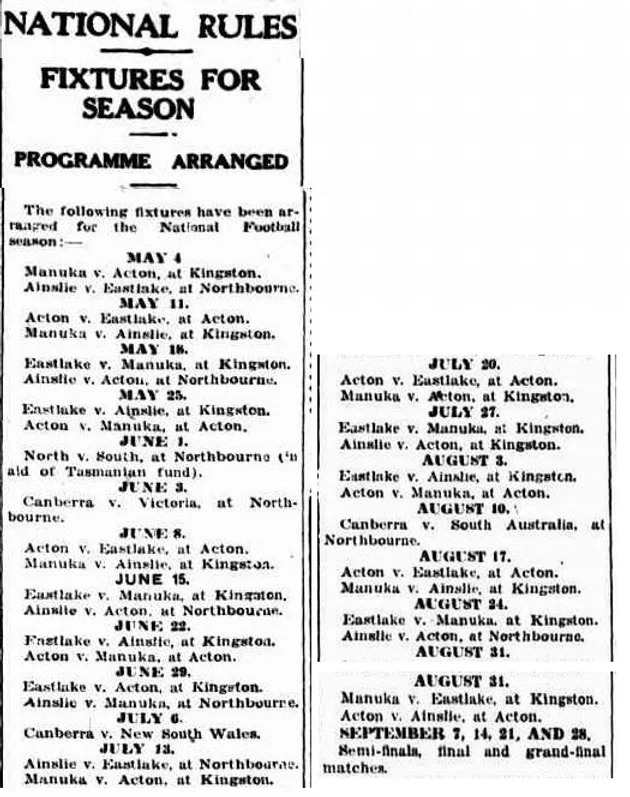