The Canberra League consisted of 6 teams in the 1936 season, Acton, Ainslie, Eastlake, Goulburn, Manuka and Queanbeyan.

1936 was a very successful year for Ainslie after the disappointment of losing the 1935 Grand Final.

Dr Geoff Bourn was President and Bert Boorn was Secretary.

The team was Captain/Coached by Lionel James. George Collins was Vice-Captain.

The team went through the season undefeated and so became the first Champion team of the League.

George Collins kicked 99 goals to be the League’s leading goal kicker for the second year in a row.

Ainslie played Eastlake in the second Semi Final and ran out easy winners by 108 points.

Acton defeated Eastlake in the Preliminary Final to set up a Grand Final meeting with Ainslie on Saturday 26 September at Manuka Oval. 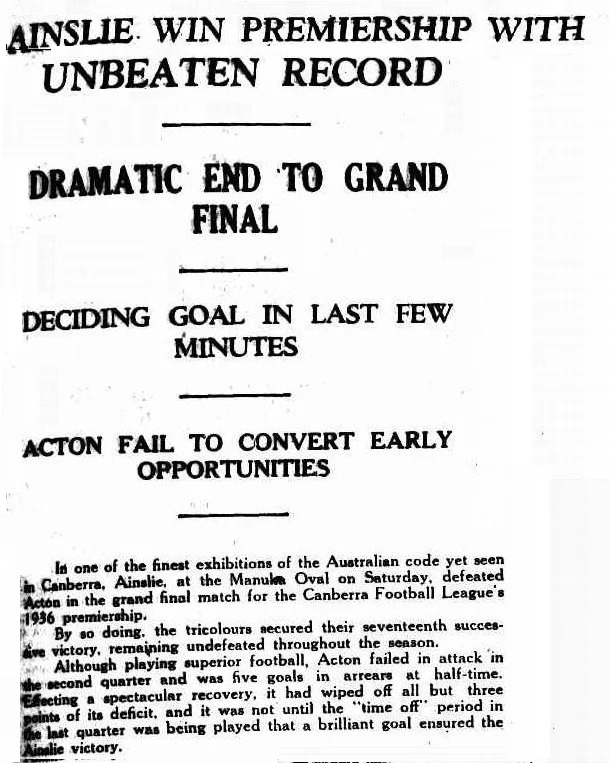 Life Membership was awarded to J Irvine, ex-secretary of the St Kilda Football Club for all the assistance he had given Ainslie during the past 10 years.