Ainslie were able to win the Grand Finals in both the First Grade and the Second Grade.

Headlines in the Canberra Times 22 September 1947.

Ainslie defeated Eastlake in the 1947 Grand Final. Eastlake led by 9 points at half time but Ainslie kicked 7 goals to 1 in the third quarter to take charge of the game. Ainslie ended up winning the game by 28 points. 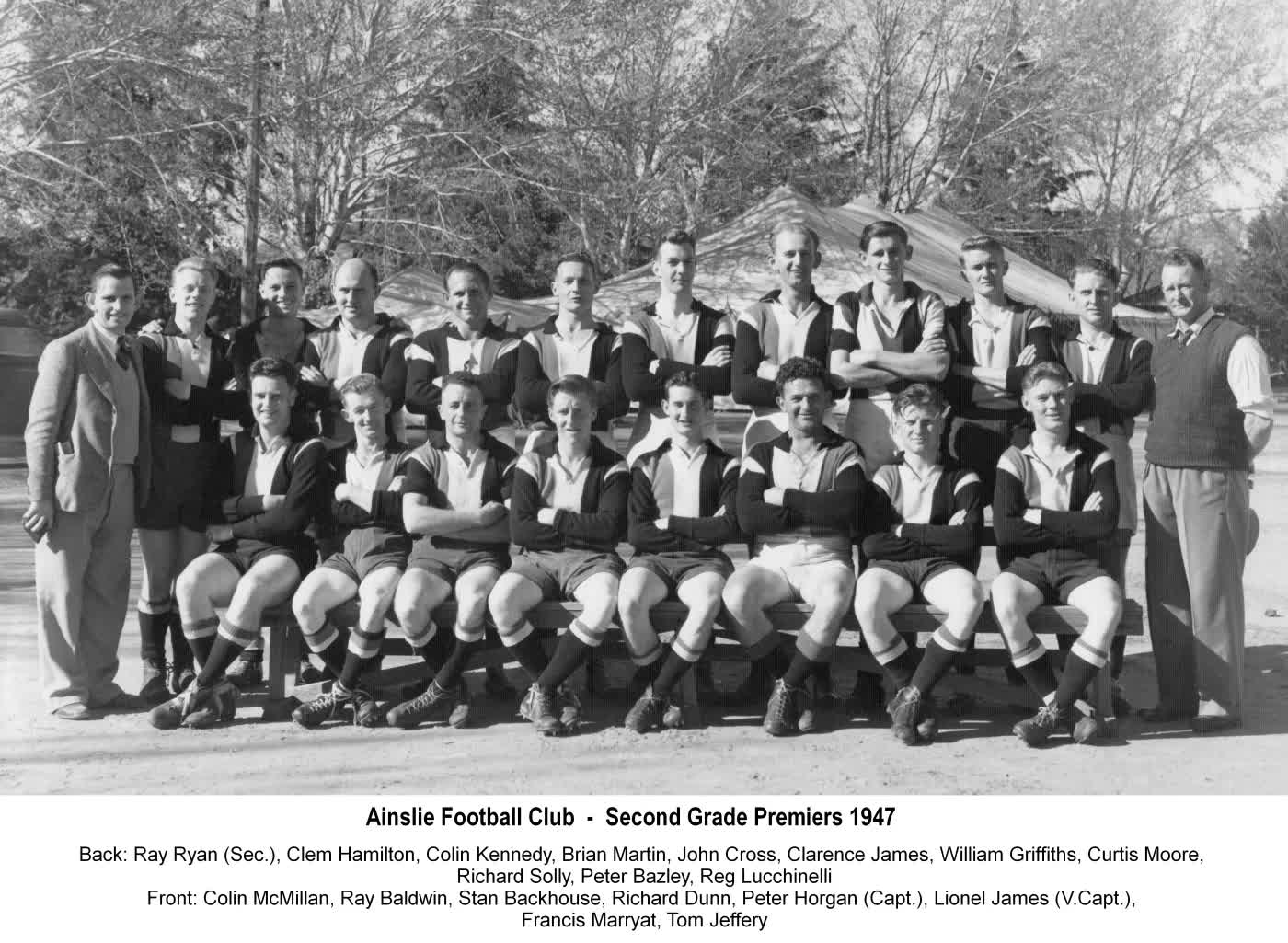