There were 6 teams in the 1956 First Grade competition, Ainslie, Eastlake, Manuka, Queanbeyan-Acton Combine, RMC and Turner.

Alan ‘Ginty’ Stevens was appointed as coach of the First Grade team. However Ginty found it hard to coach with travel with his work and then when he was transferred to Brisbane in May with his work he had to resign as Coach. Former player and former President Bruce Whatman took over the role of coach from May.

At the half way mark of the home and away season Ainslie were in fourth place however some crucial losses in the second half of the season saw them drop out of the top 4. In the last round Ainslie still had a chance to grab fouth spot away from RMC if they could defeat bottom side Turner and RMC lost to Eastlake. However Turner defeated Ainslie and RMC defeated Eastlake which meant that Ainslie finished the season in fifth place.

Four Ainslie players were selected in the ACT Representative team to play Queensland at Manuka. They were B Browning, D Ross, A Ray and Cape.

The Ainslie Second Grade finished in Fourth place and played Manuka in the first Semi-Final but were defeated 13.8-84 to 3.5-23. 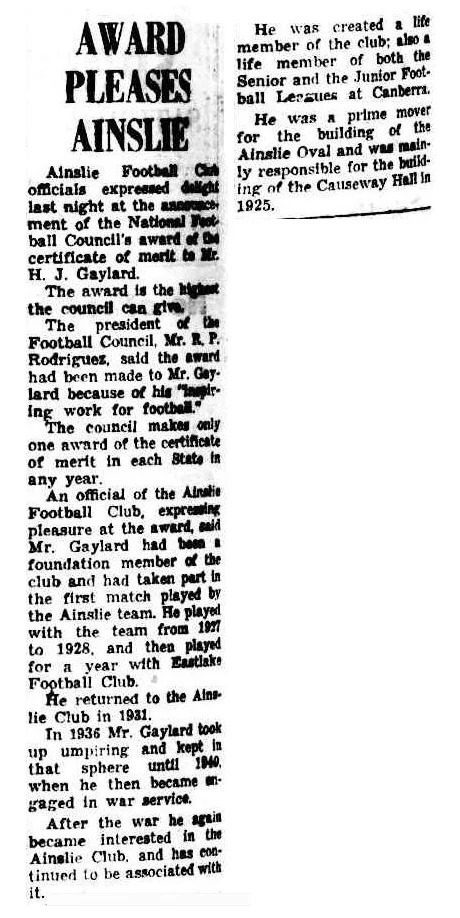 It was announced in November that the Ainslie Football Club had plans to build their Social Club with work starting early 1957.