Ainslie Finished the home and away season on top of the table with 14 wins and 2 narrow losses and a percentage of 225%.

Ainslie played Eastlake in the Grand Final on 15 September 1958 at Manuka Oval before a crowd of 4000.

The Awards for First Grade were:

The Second Grade finished the home and away season in second place but were defeated in the Second Semi Final by Eastlake and then in the Preliminary Final by Manuka to finish in third place.

The Second Grade Captain was Tom Moore, with Vice-Captain Barry McCabe and Charlie Mitchell the Manager.

The Awards for Second Grade were: 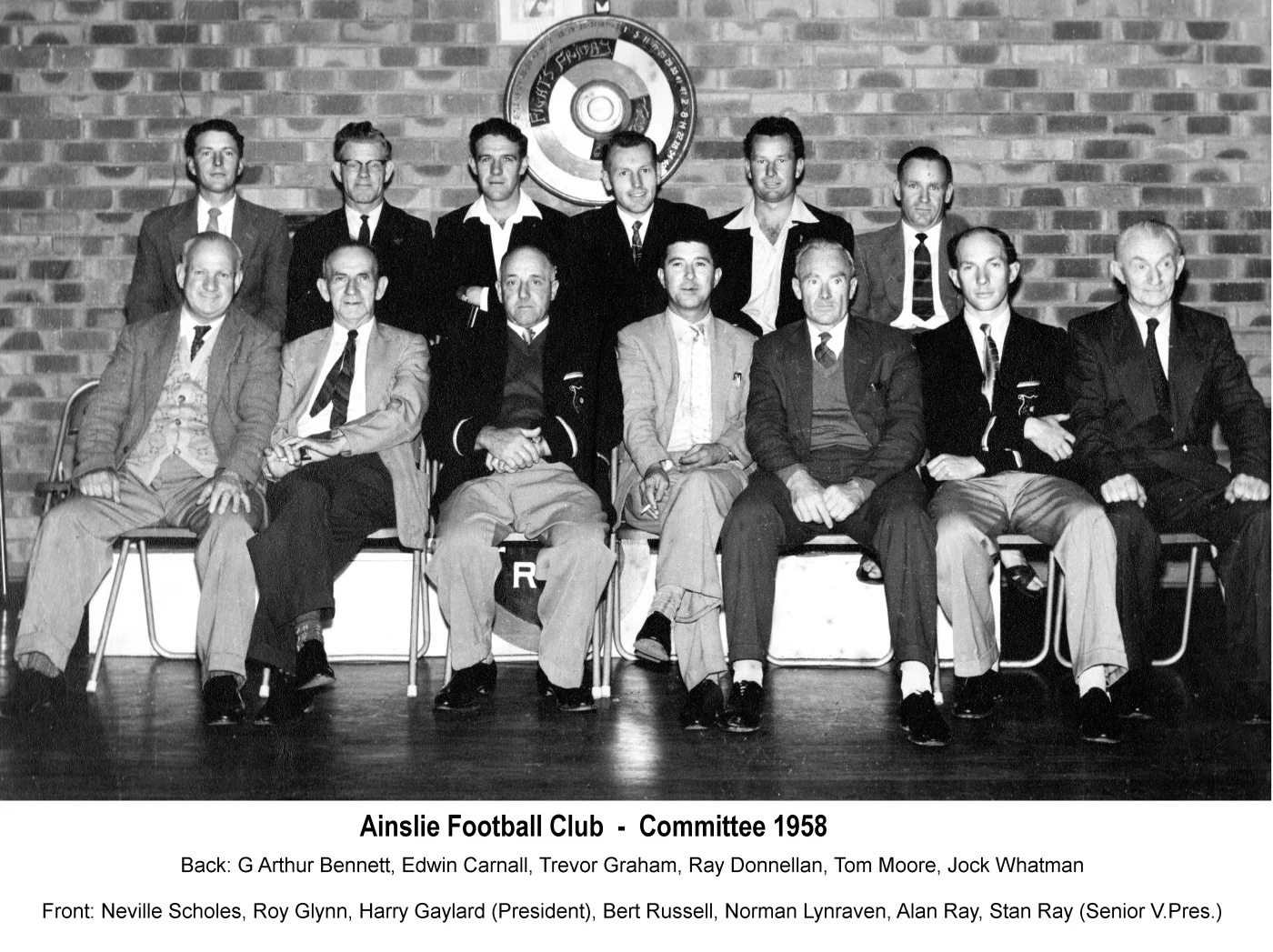 The Ainslie Intermediate Grade played in the Grand Final but were beaten. The Coach was Tom Moore, Captain J Robbie and Vice Captain R Jordan.