There were six teams in the Canberra League in 1966, Acton, Ainslie, ANU, Eastlake, Manuka and Queanbeyan-Turner.

Ainslie finished the home and away games in second position with 10 wins and 5 losses behind Eastlake with 13 wins.

Ainslie defeated Eastlake in the Second Semi-Final played at Ainslie Oval to go through to the Grand Final.

Eastlake defeated Manuka in the Preliminary Final to set up a rematch with Ainslie. Ainslie couldn’t stop Eastlake from winning their fifth straight Premiership which was a record at the time.

The Grand Final team was:

Bill Drake the Ainslie Captain/Coach won the Mulrooney Medal with 19 votes from Eastlake’s Alex Jesaulenko on 14. 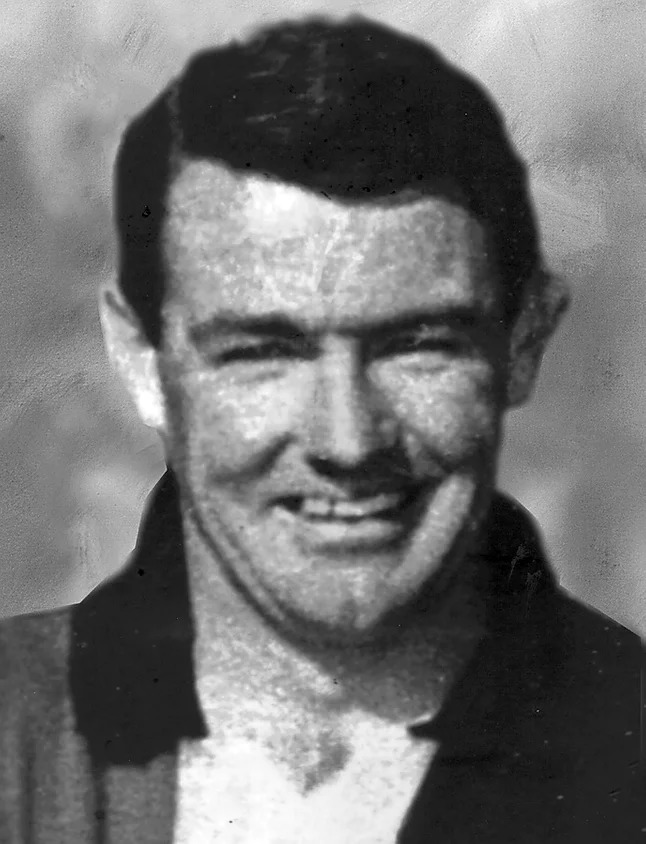 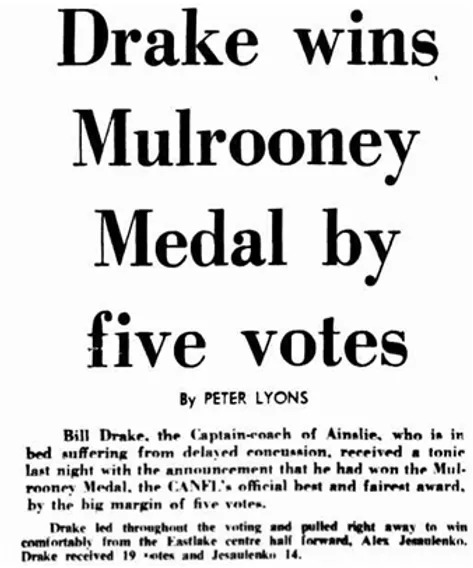 Ainslie Second Grade team finished the home and away games in top position.

Ainslie were beaten by Manuka in the Second Semi-Final.

The Third Grade team was coached by Tom Moore and Captained by Les Durkin.

In the Intermediate Grand Final Ainslie drew with Eastlake to force a replay.

Ainslie were able to win the replay and the Premiership.