There were six teams in the Canberra League in 1968, Acton, Ainslie, ANU, Eastlake, Manuka and Turner-Queanbeyan.

Ainslie First Grade finished the home and away games in third place with 10 wins and 5 losses behind Eastlake, the top team, and Manuka.

Ainslie played ANU in the First Semi-Final at Ainslie Oval. In a tense game Ainslie led at three quarter time by 11 points but ANU fought back and hit the front with 10 minutes to go. Ainslie regained the lead through a goal to Ralph Rendell but in the last hectic minutes ANU kicked a goal to win by 2 points. 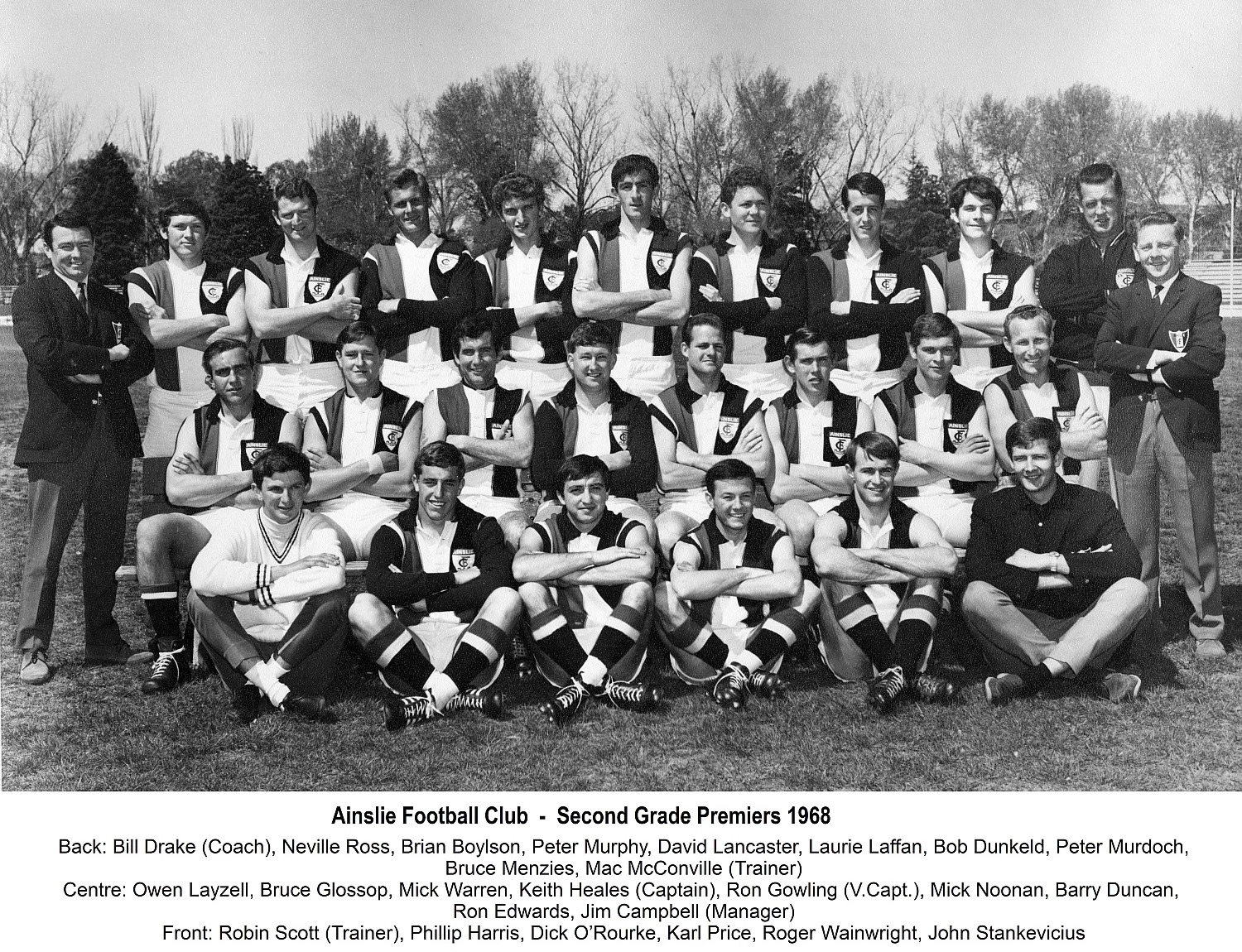 Ainslie Second Grade defeated Eastlake in the Second Semi-Final to move through to the Grand Final.

Ainslie defeated Eastlake in the Grand Final to win the Second Grade Premiership. 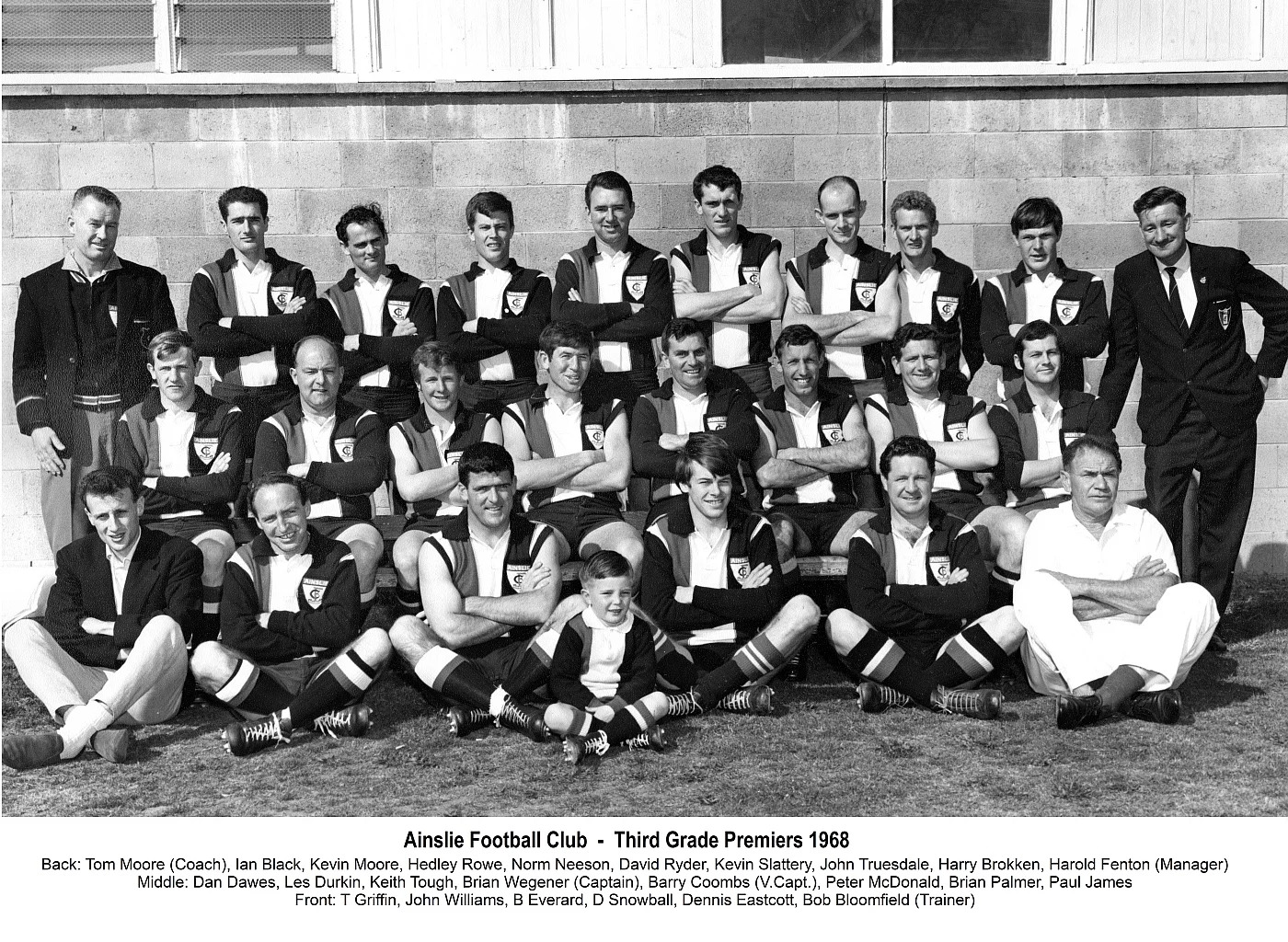 Ainslie defeated Acton in the Second Semi-Final to advance to the District Division Grand Final.