There were seven teams in the Canberra League in 1971, Acton, Ainslie, ANU, Belconnen, Eastlake, Manuka and Queanbeyan.

Ainslie finished the home and away games with 12 wins and 6 losses to be third on the ladder. Ainslie defeated the leaders Eastlake in the last round.

Ainslie played ANU at Ainslie Oval in the First Semi-Final and had a narrow victory by 5 points.

The Preliminary Final between Ainslie and Manuka was held before a crowd of 2,400 at Ainslie Oval.

Manuka defeated Ainslie by 6 points after leading by 40 points early in the final term. Ainslie stormed home kicking the last 6 goals but it was not enough.

Barry Kershaw topped the Mulrooney votes for Ainslie with the winner being Bill Vaughan from Manuka. 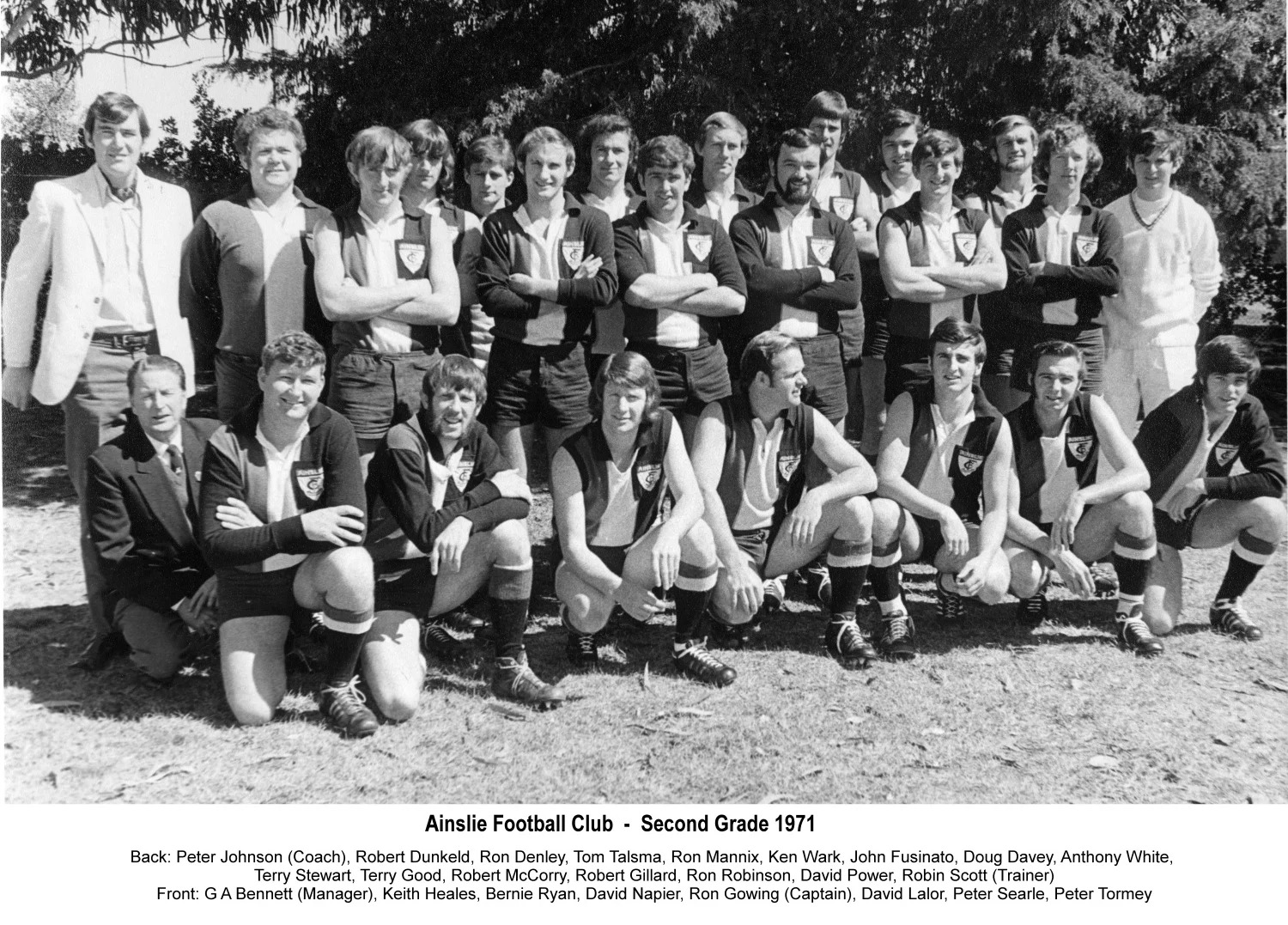 Ainslie Second Grade finished second after the home and away games behind RMC.

In the Second Semi-Final RMC defeated Ainslie by 9 points.

Ainslie defeated Manuka in the Preliminary Final to advance through to the Grand Final.

The Second Grade team that played in the Preliminary Final was:

In the Grand Final against RMC Ainslie were defeated by 17 points to end in second place.

The Under 19 team finished in third place after being beaten by Manuka in the Preliminary Final.

The Under 17 team finish as runner ups after being beaten by Manuka in the Grand Final.

The Monaro Team did not make the finals.