There were 7 teams in the Canberra Australian National Football League in 1972, Acton, Ainslie, ANU, Belconnen, Eastlake, Manuka and Queanbeyan.

Ainslie won 13 and lost 5 games in the home and away matches to finish in third place.

In the First Semi-Final Ainslie defeated Belconnen by 70 points.

In the Preliminary Final Ainslie defeated Manuka by 1 point to go through to the Grand Final against Eastlake.

Ainslie were well beaten by Eastlake in the Grand Final to finish in second place.

The Ainslie Grand Final Team was:

The Ainslie players who represented the ACT in games against Queensland and Essendon were Brian Read, Alan Bongetti, Charles Smith, Peter Johnson and Ralph Rendell. 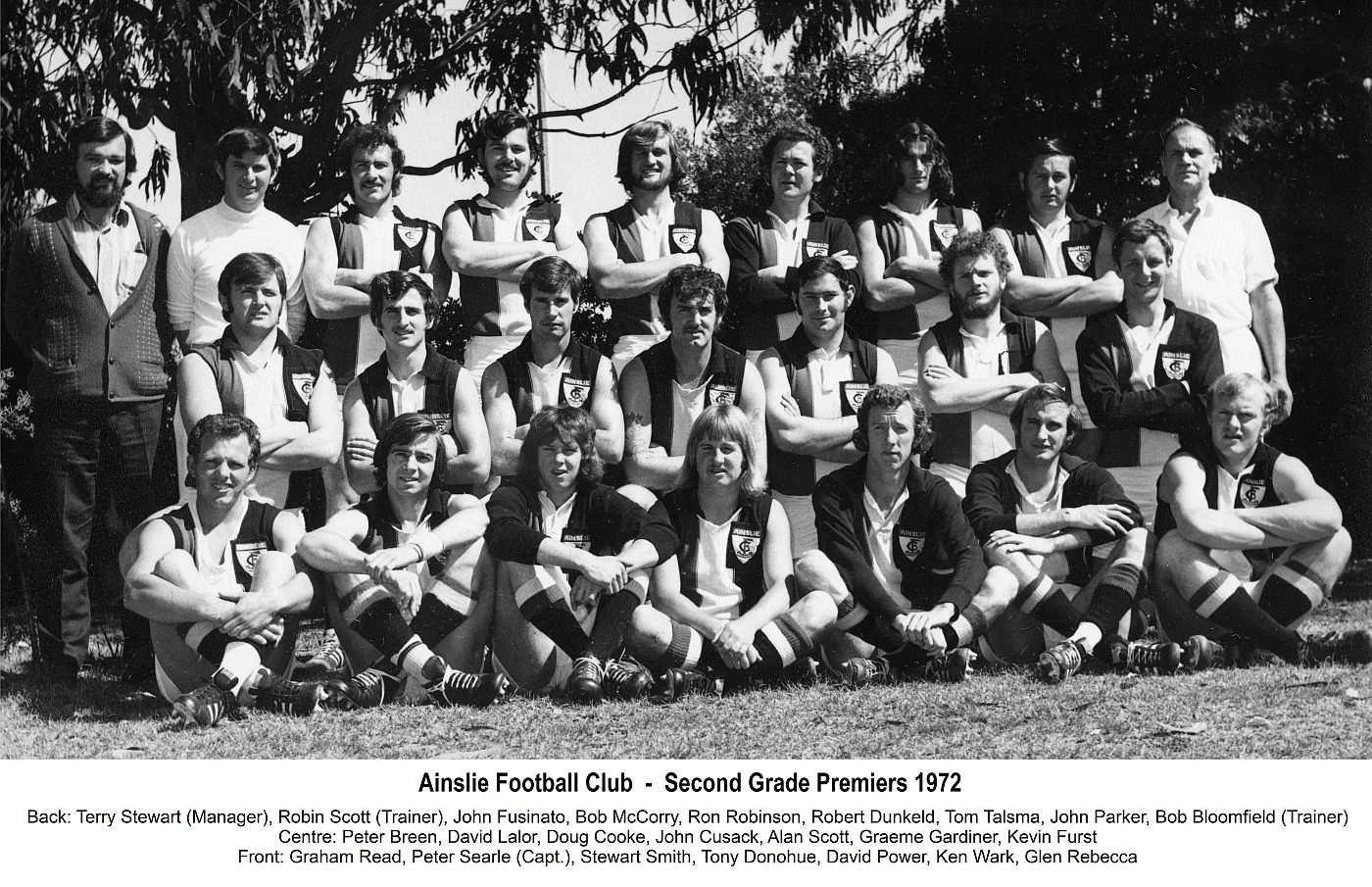 Ainslie Second Grade finished on top of the ladder after the home and away games with 20 wins and 1 loss.

In the Second Semi-Final Ainslie were defeated by Manuka.

Ainslie defeated RMC in the Preliminary Final to go through to the Grand Final.

In the Grand Final Ainslie were able to defeat Manuka by 52 points to win the Premiership after being runners up the past two years.

Graham Read won the Second Grade J McNamara Trophy for the Best and fairest in the League.

The Ainslie Under 19 team was defeated by Queanbeyan in the First Semi-Final to finish in fourth place.

Under 19 players who were selected in the NSW Combined High School side were Tom Talsma, Alan Smith, Manuel Moullakis and Robert Tutt.

The Ainslie U17 team defeated Manuka in the Preliminary Final.