There were 7 teams in the 1977 ACTAFL Competition, Ainslie, ANU, Belconnen, Eastlake, Manuka, Queanbeyan and West Canberra. 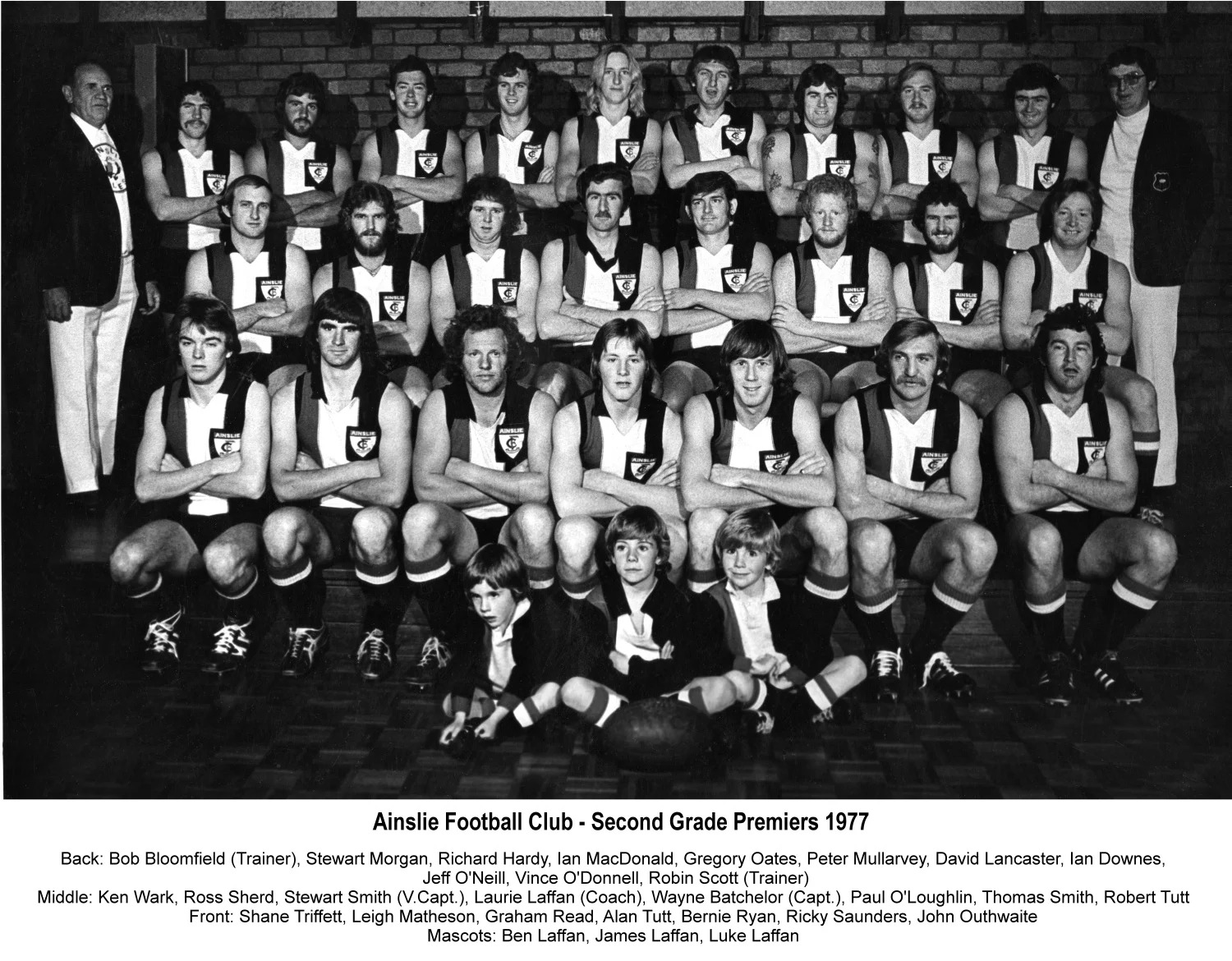 Ainslie Second Grade finished the home and away games in third place with 12 wins and 9 losses.

Ainslie played in the First Semi-Final against Eastlake and had a good win by 77 points.

Ainslie defeated Belconnen in the Preliminary Final to go through to the Grand Final.

The Ainslie Second Grade won the Grand Final by defeating Manuka by 40 points. 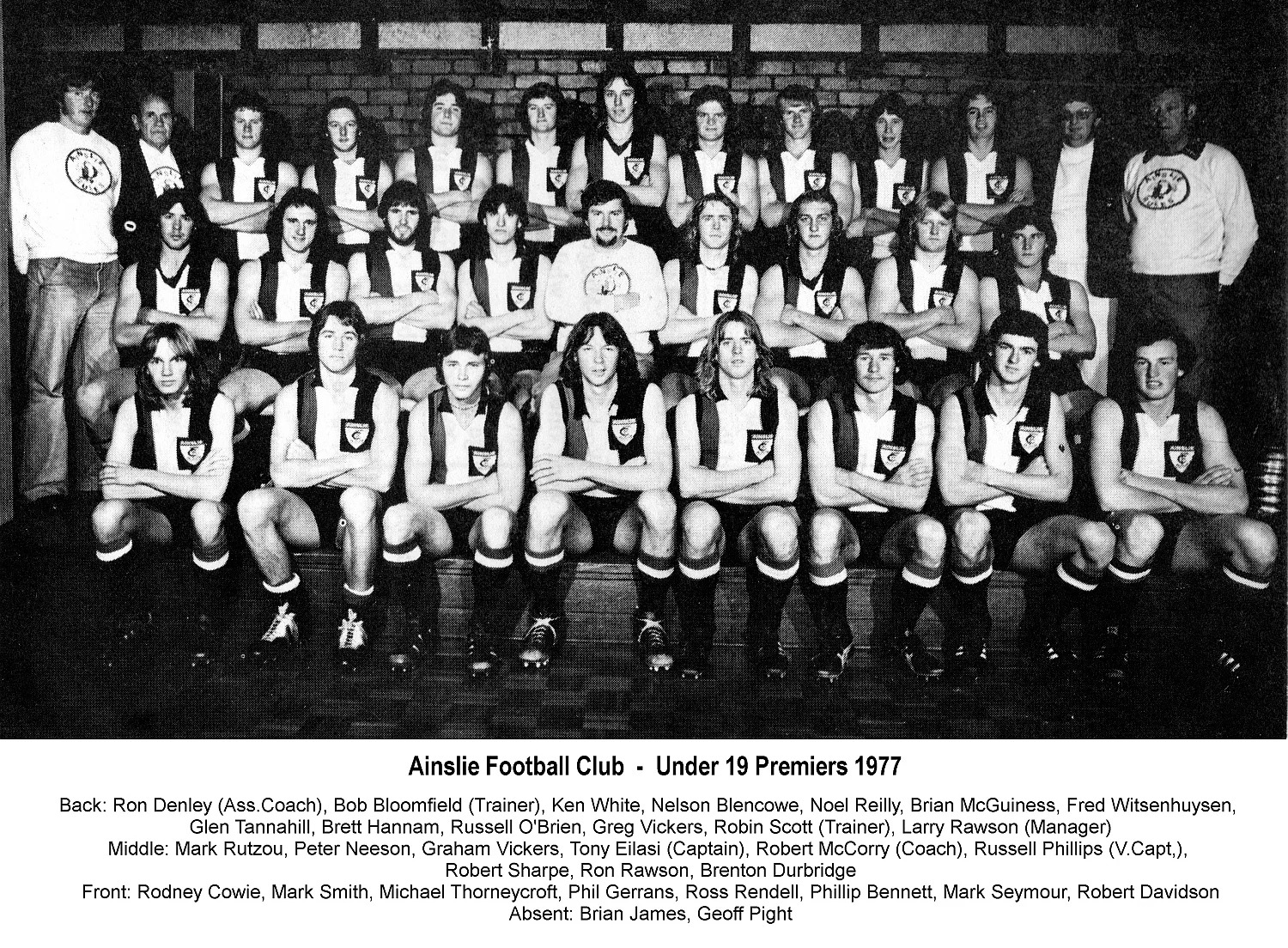 The U19 team finished on top of the table after the home and away games with 9 wins and 6 losses.

The Under 19 team played Eastlake in the Second Semi-Final and won by 27 points to go through to the Grand Final.

Ainslie Under 19s defeated Manuka in the Grand Final to win the Premiership.

Brett Hannam was joint winner of the T A Wharton Medal, Best & Fairest for the League’s Under 19 Grade

A difficult year due to lack of players and finished in fifth place.