Ainslie finished the Home and Away games on top of the table with 15 wins and 3 losses. All the losses were to second placed team Manuka.

Ainslie played Manuka in the Second Semi-Final at Football Park, Phillip. Ainslie ran out winners by 83 points to go through to the Grand Final.

Ainslie met Manuka again in the Grand Final and Manuka were able to reverse the Semi-Final result to win by 22 points leaving Ainslie as Runner-ups.

The Ainslie Grand Final team was: 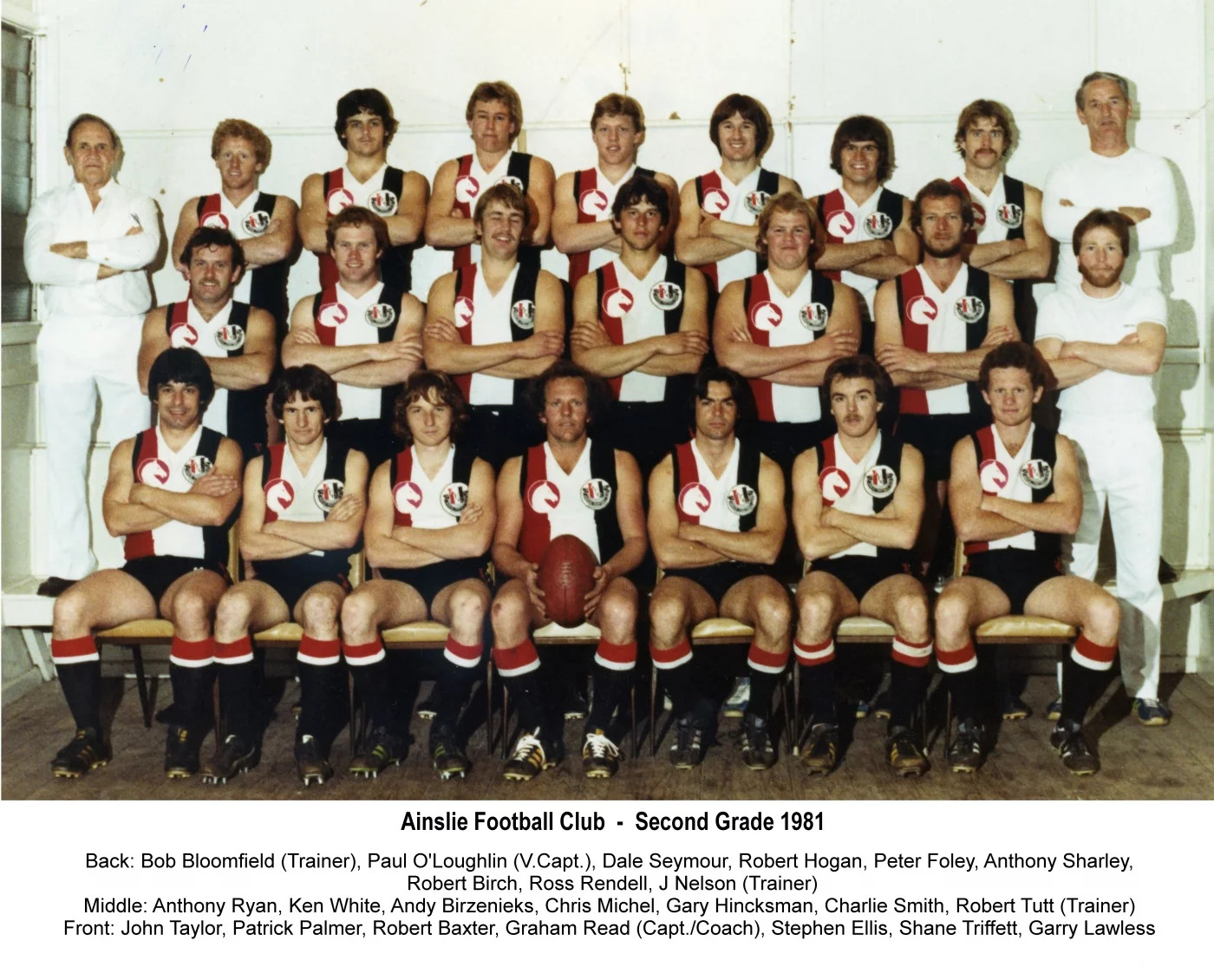 Ainslie Second Grade finished the Home and Away on top with 16 wins and 2 losses.

Ainslie played Eastlake in the Second Semi-Final and won by 59 points to proceed through to the Grand Final.

Ainslie were competing in their seventh straight Grand Final having won 5 and they had played in 13 Grand Finals since 1967.

After leading by 11 points at half time Ainslie were defeated by Eastlake in the Grand Final.

Anthony Ryan was runner-up in the League’s Best & Fairest for the Second Grade. 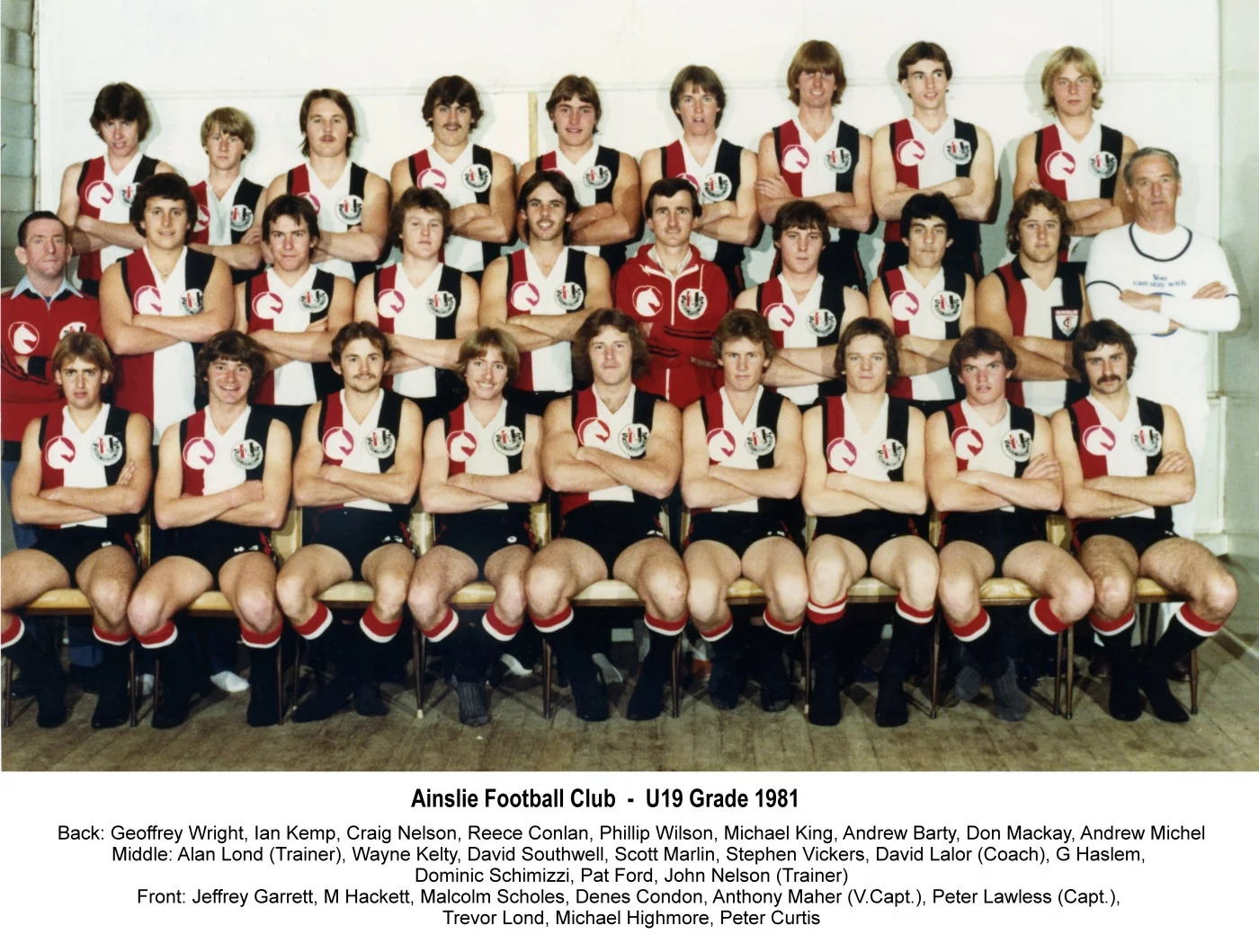 The Ainslie U19 team finished in second place after the Home and Away games.

The Ainslie Under 19 team played Manuka in the Preliminary Final but were defeated by 21 points to finish in third place.

Malcolm Scholes finished in third place in the League’s U19 Best & Fairest Award.

The Ainslie Monaro team finished outside the top four.