Going into the last home and away round Ainslie and Manuka were level on games but Manuka defeated Ainslie by 4 points to gain top spot and Ainslie finished second with 14 wins and 4 losses.

Ainslie met Eastlake in the Grand Final at Football Park, Phillip before a large crowd of 8,000.

Under Kevin Neale’s coaching Ainslie this was the sixth successive Grand Final and fourth Premiership. Neale kicked 5 goals even though recovering from a knee injury.

The Grand Final team, was:

Gordon Marshall was awarded the Alex Jesaulenko Medal for Best on the Ground in the Grand Final.

Hans Heystraten was Runner-up in the Mulrooney Medal 1 vote behind Tony Wynd of Queanbeyan.

At the end of the year Coach Kevin Neale left Ainslie to coach Central Districts in the SANFL. Kevin Neale played 98 games with Ainslie but only 4 in 1983 due to the knee injury and operation. The League named the “leading goalkicker award the Kevin Neale Goalkicking Award in honour of Neale. He kicked over 100 goals three season straight, a record 149 in 1980, 139 in 1981 and 125 in 1982. 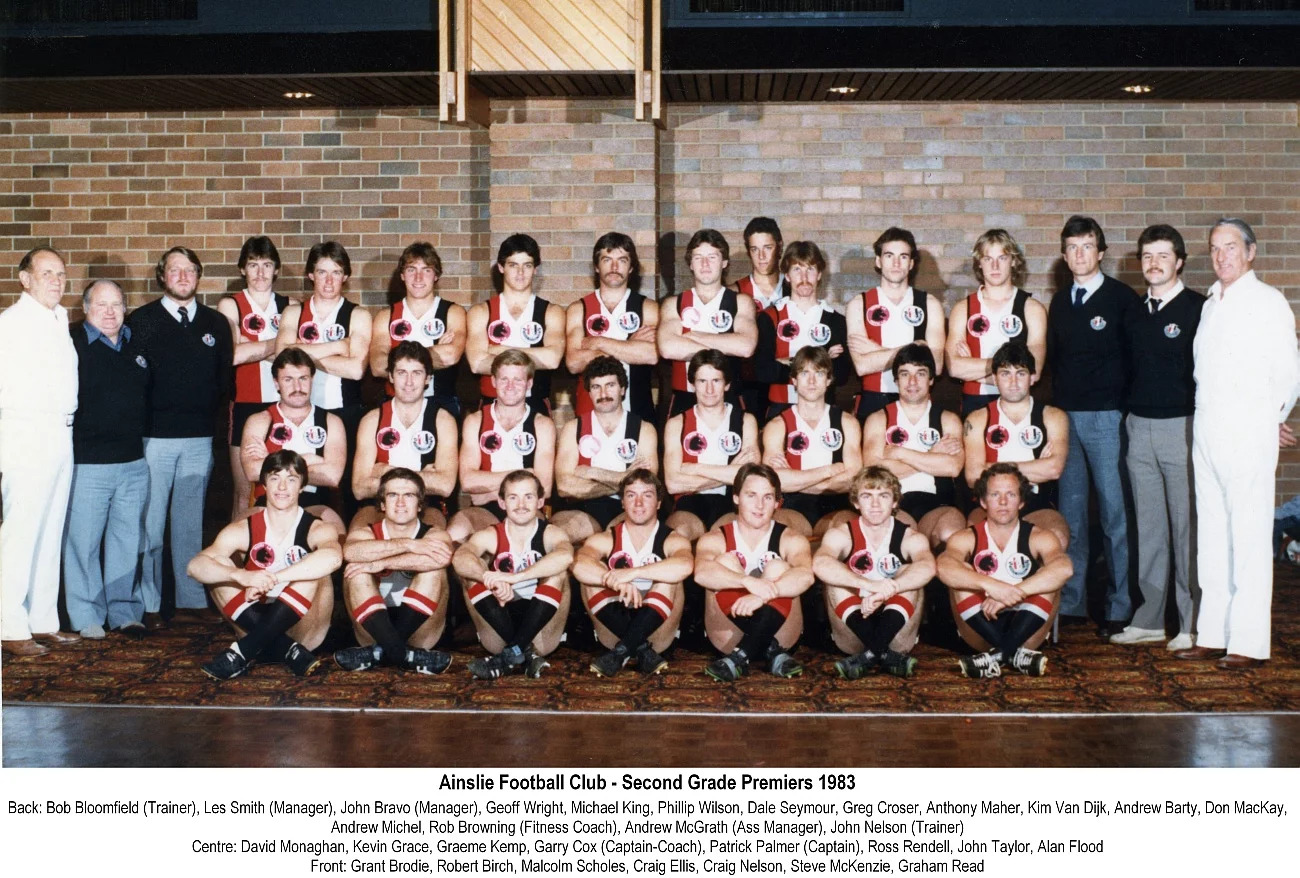 Ainslie Second Grade finished in third position after the home and away games.

Ainslie Second Grade trailed by 32 points at quarter time in the Grand Final against Eastlake but a strong third quarter closed the gap to 5 points at three quarter time. A six goal to 2 last quarter sealed the win by 23 points. 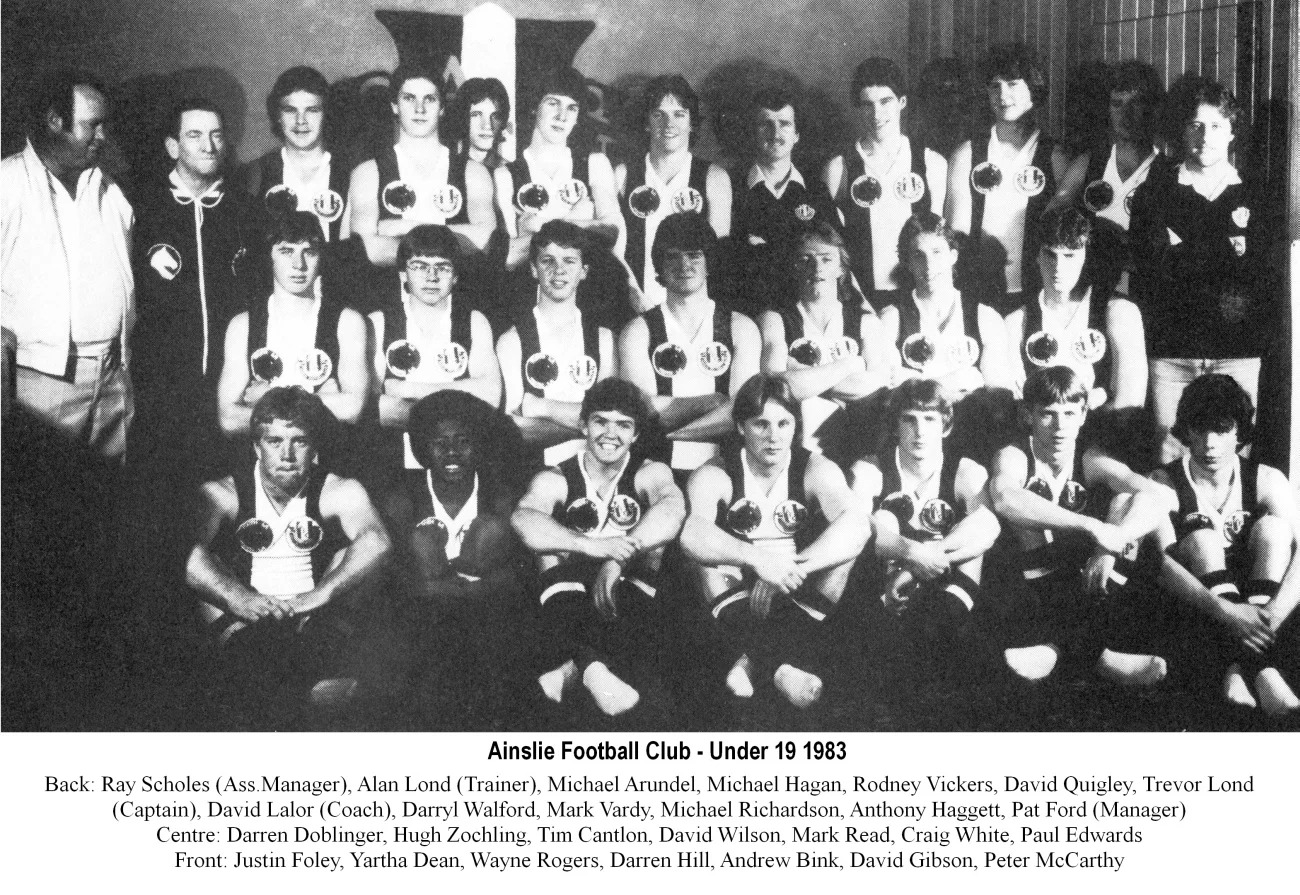 Ainslie Under 19s finished on top of the ladder after the home and away games.

Ainslie lost to Manuka in the Second Semi-Final.

In the Preliminary Final Ainslie defeated Queanbeyan to go through to the Grand Final.

Ainslie played Manuka in the Grand Final. Manuka held a 3 point lead at the last change but Ainslie stormed home to win by 30 points. 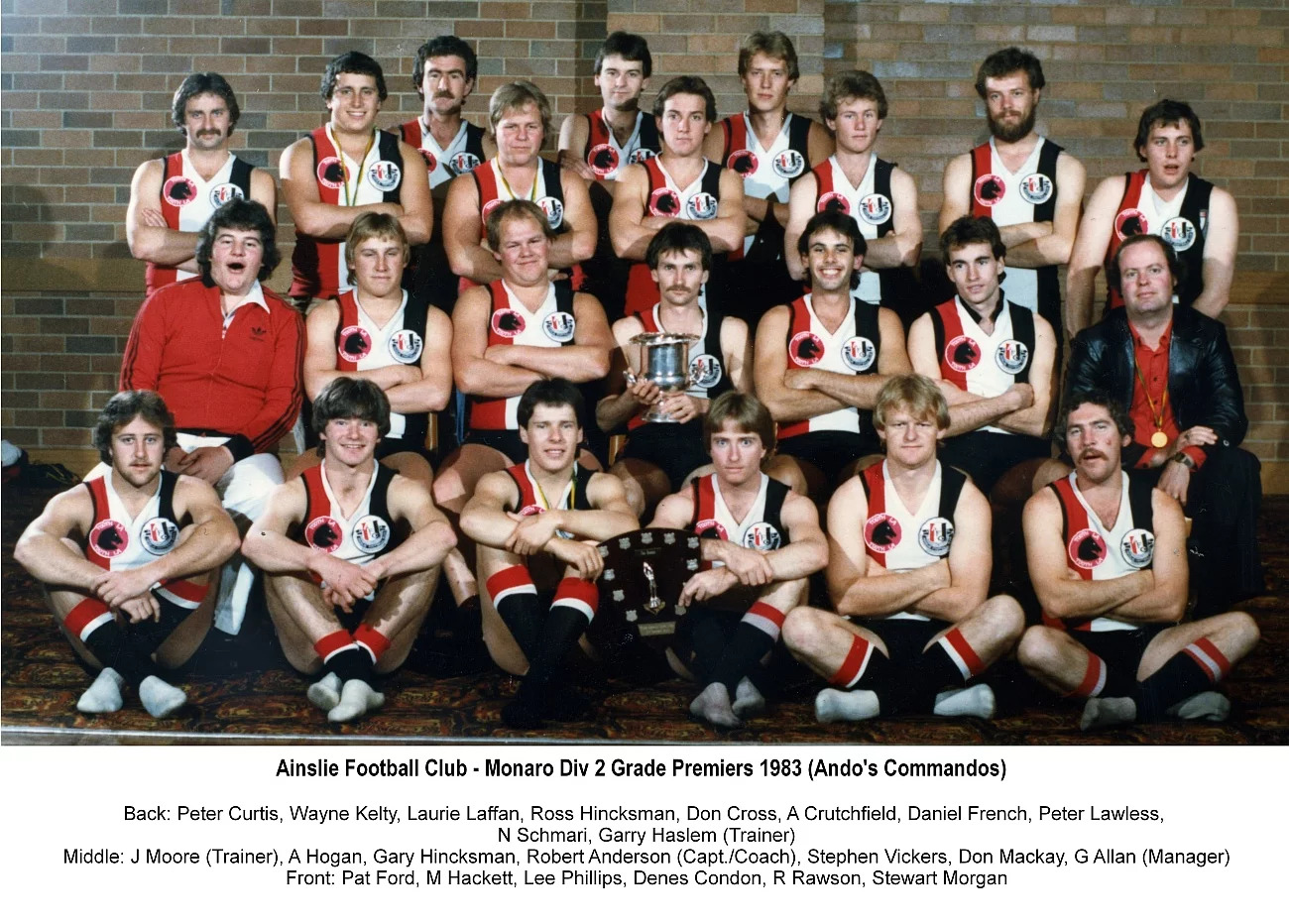 The Ainslie Monaro Team playing in Division 2 won 18 of 19 games.

The Monaro Team played RMC in the Second Semi-Fianl and won by 10 points to go through to the Grand Final.

Ainslie played RMC again in the Grand Final and defeated them by 16 points to win the Premiership.