Ainslie Finished the home and away games in top position ahead of Queanbeyan on percentage both with 14 wins and 4 losses.

Ainslie played Queanbeyan in the Second Semi-Final and won by 3 points to go through to the Grand Final.

Ainslie played Queanbeyan again in the Grand Final at Football Park before an estimated crowd of 8,000. After Ainslie led by 11 points at half time Queanbeyan dominated the game setting up a 29 point lead at three quarter time and running out winners by 59 points. In the second half Queanbeyan kicked 16 goals to Ainslie’s 6. 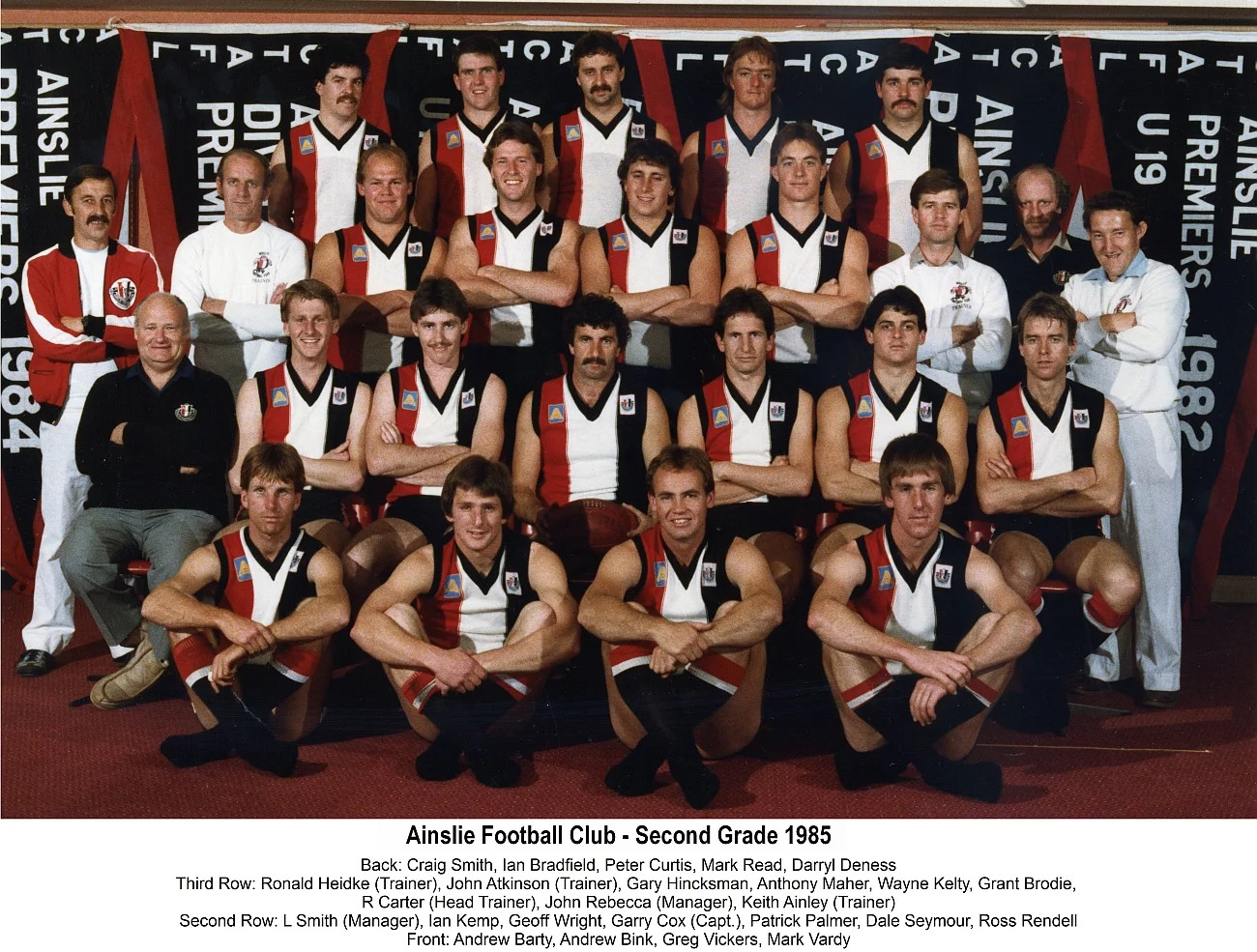 Ainslie second Grade finished the home and away games in third position.

Ainslie played Eastlake in the First Semi-Final and in a close struggle Ainslie won by 1 point.

Ainslie were defeated by Manuka-Weston in the Preliminary Final by 10 points to finish third. Ainslie had a 5 goal lead at the last change but Manuka-Weston stormed home kicking 7 goals to 1.

The Ainslie Second Grade team for the Preliminary Final was: 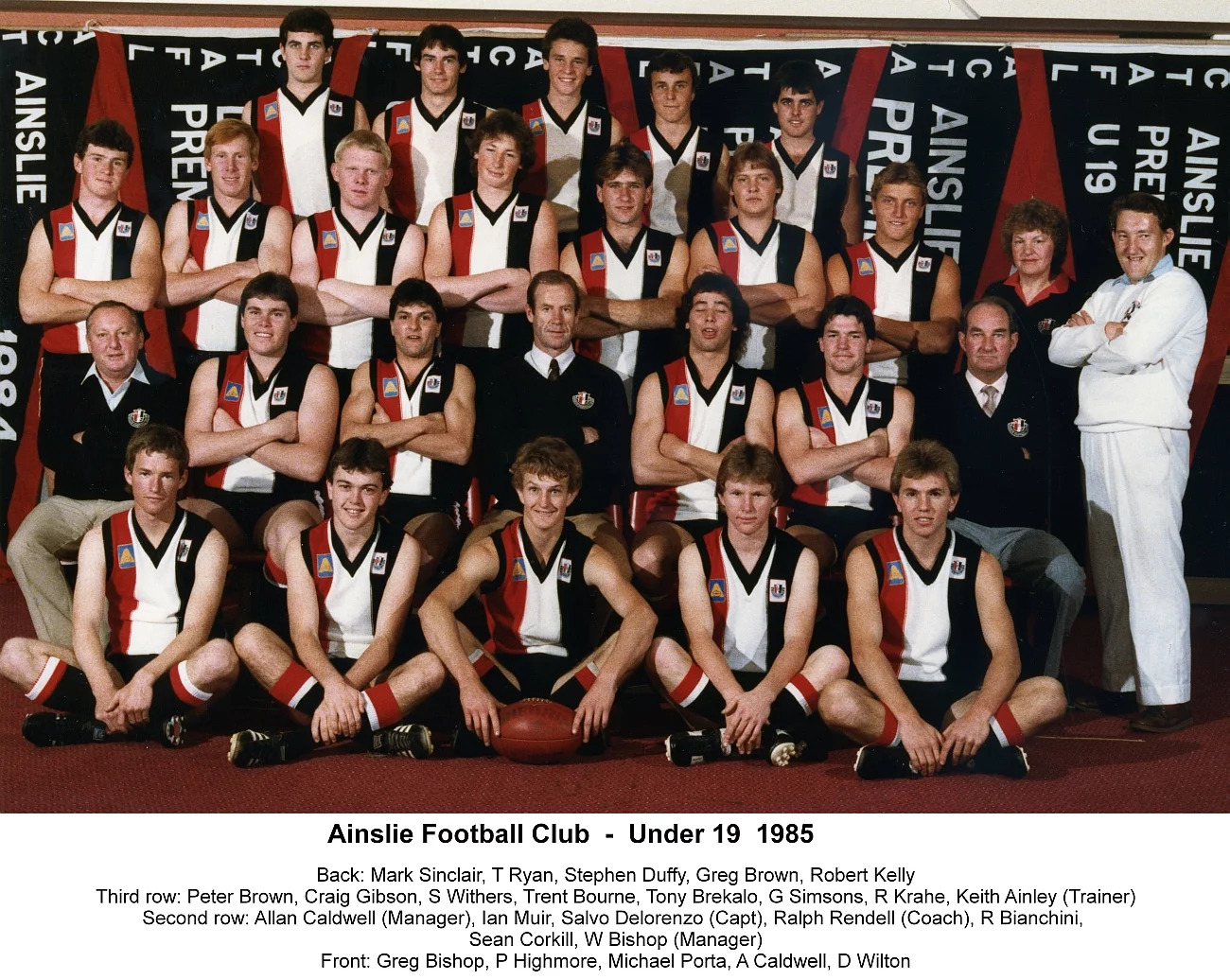 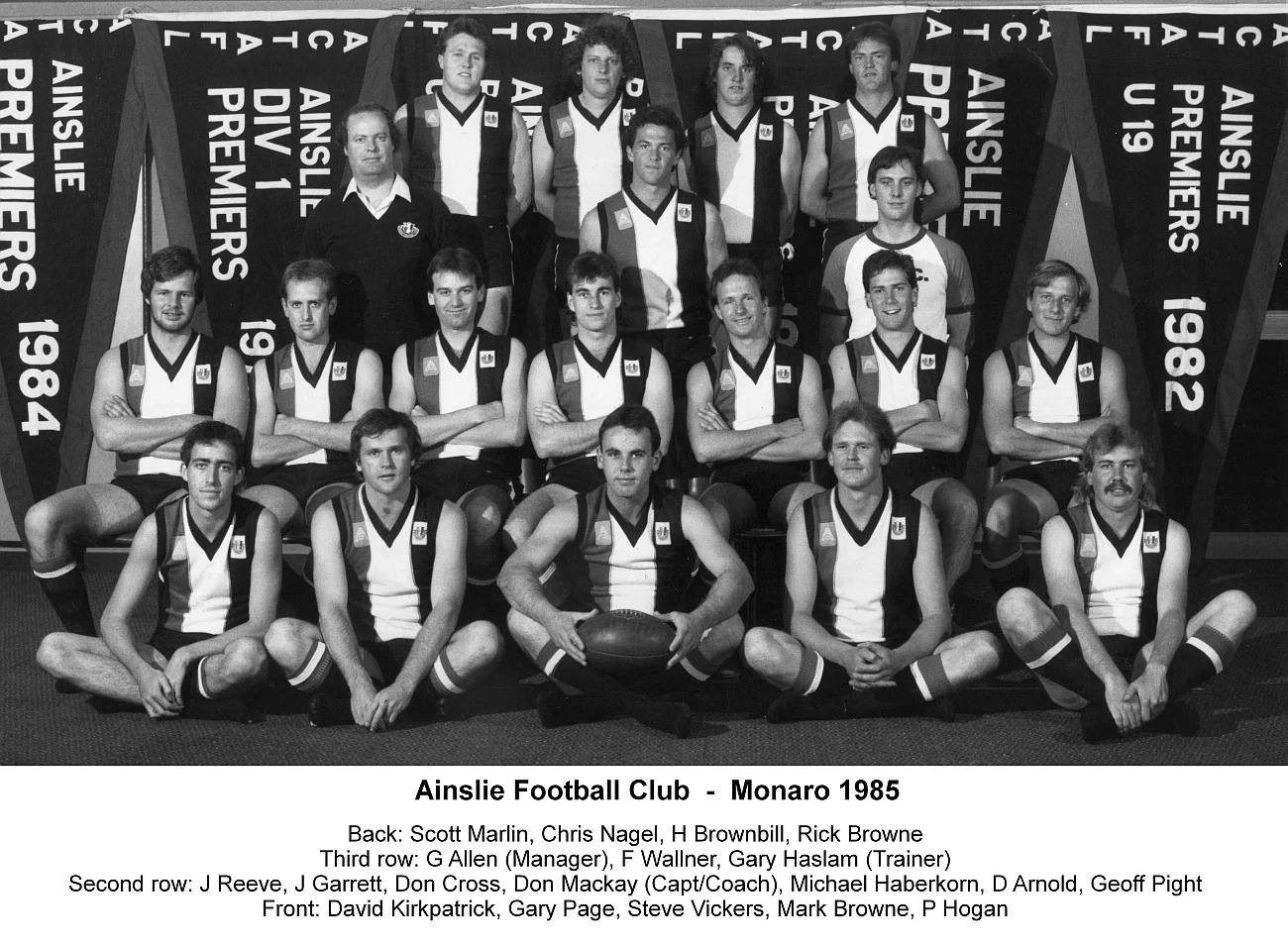