Ainslie were minor Premiers after the home and away winning 16 games and losing 4. Ainslie’s three top teams, First Grade, Second Grade and U19s, all reached the Grand Final. Disappointingly however no team won the Premiership.

Ainslie First Grade were defeated in the Second Semi-Final by Queanbeyan. With Queanbeyan leading by 1 point at the last break the lead changed six times in the last quarter with Queanbeyan ahead by 4 points when the final siren sounded.

Ainslie defeated Eastlake in the Preliminary Final to set up a rematch with Queanbeyan in the Grand Final.

Ainslie played Queanbeyan in the Grand Final. It was Ainslie’s 10th appearance in a Grand Final in the last 11 years, winning 6. However Ainslie could not reverse the Semi-Final result and went down to Queanbeyan by 19 points.

The Ainslie Grand Final team was chosen from: 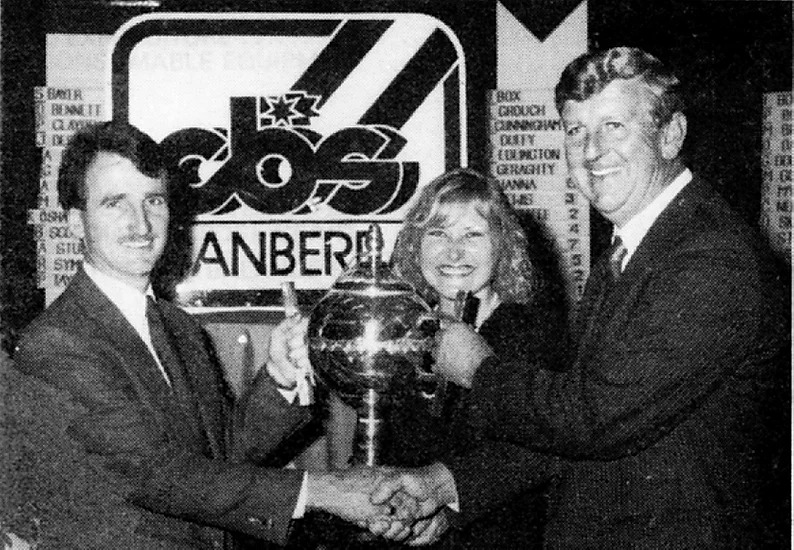 Steve Smith was the Club’s leading goal kicker with 71 goals.

Ainslie had seven players selected in the ACT Representative team that played in the Bi-Centennial Carnival in Adelaide. They were R Durnan, A Bishop, B Hannam, M Killer, W Rogers, M Richardson and A Tutt. 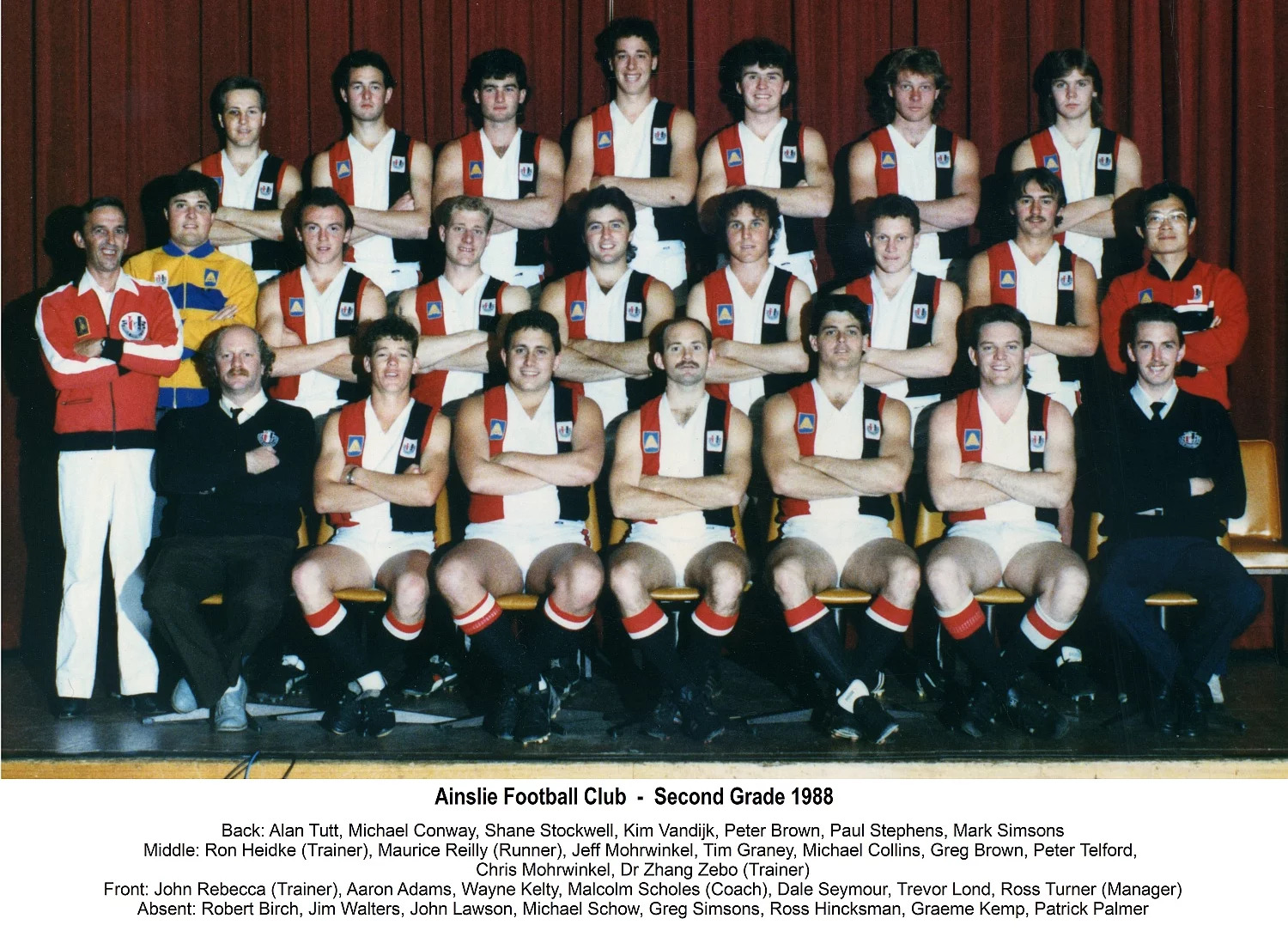 Ainslie Second Grade finished the home and away games in top position on the ladder with 15 wins and 4 losses.

Ainslie had a good win over Manuka-Weston in the Second Semi-Final.

Ainslie met Manuka-Weston in the Grand Final and after being defeated by 11 goals in the Semi-Final Manuka-Weston reversed the result and defeated Ainslie.

Wayne Kelty was the leading goal kicker for the Club in Second Grade with 77 goals. 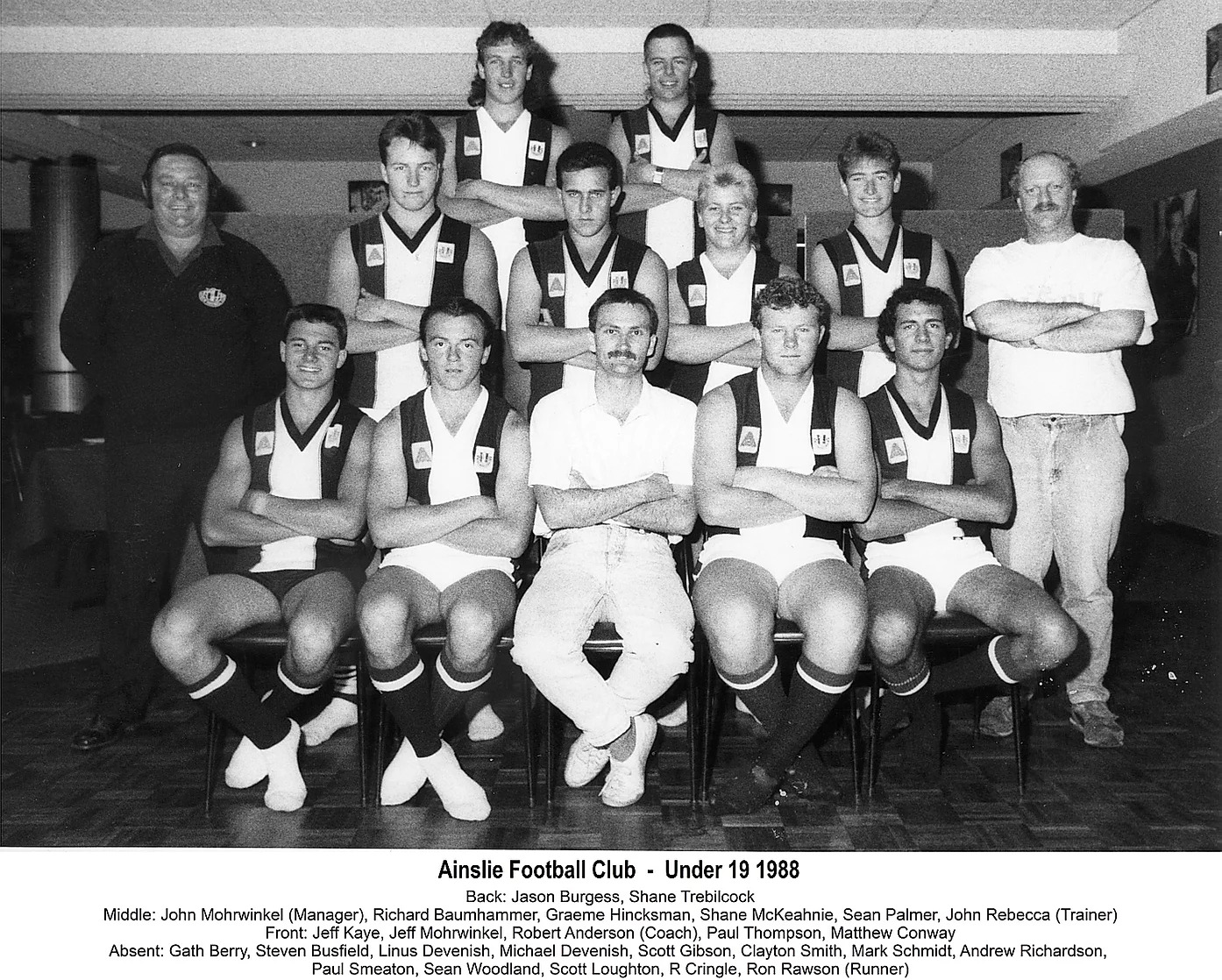 Ainslie under 19s finished the home and away games in fourth position with 9 wins and 10 losses.

Ainslie won the First Semi-Final against Belconnen by 4 points.

In the Preliminary Final they defeated Manuka-Weston by 23 points.

The Ainslie U19s were defeated by Eastlake in the Grand Final.

Matthew Conway won the League’s Best & Fairest award for the U19s, the T A Wharton Trophy. 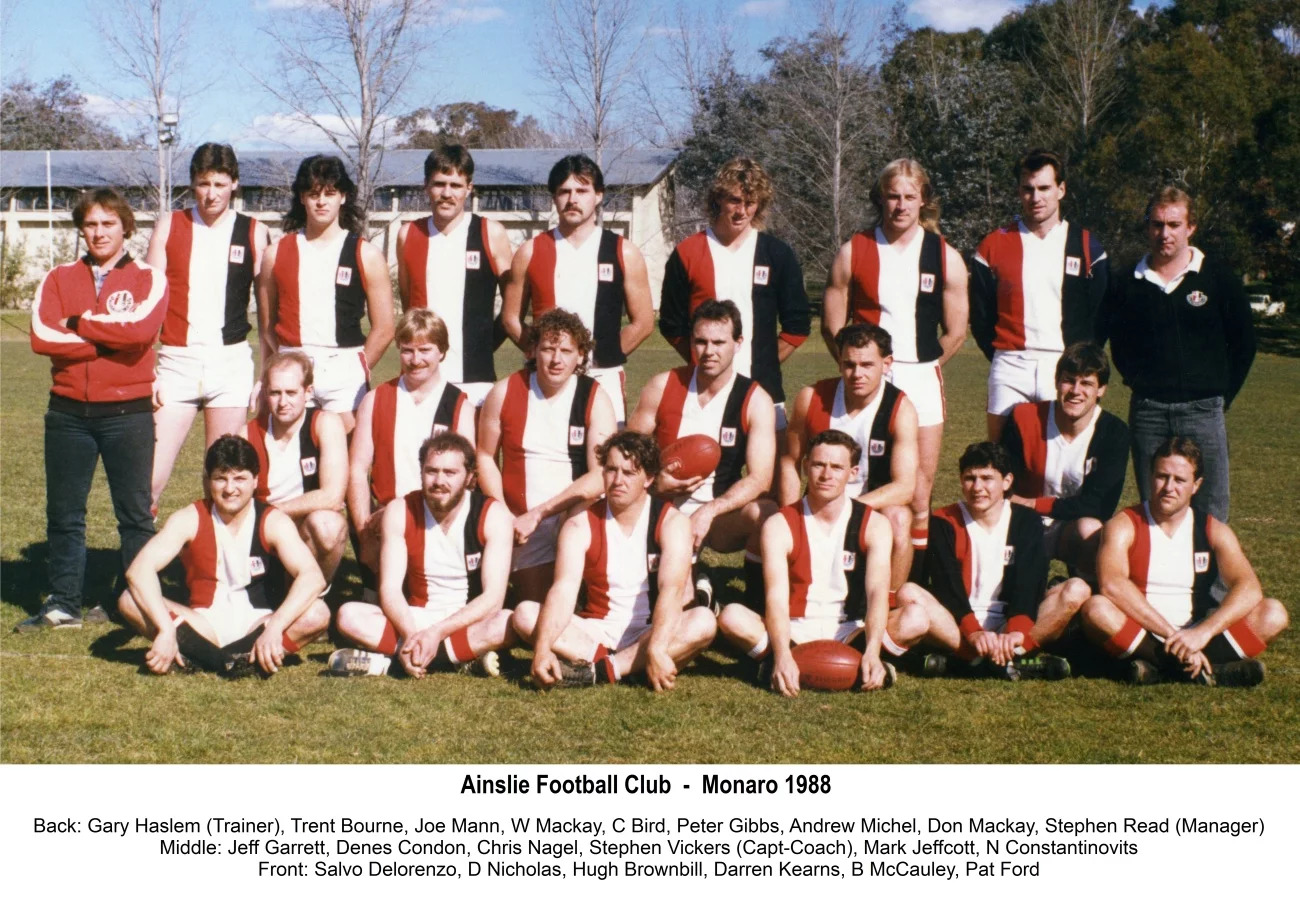 The Ainslie Monaro team lost the Fist Semi-Final to CCAE to finish in fourth place. 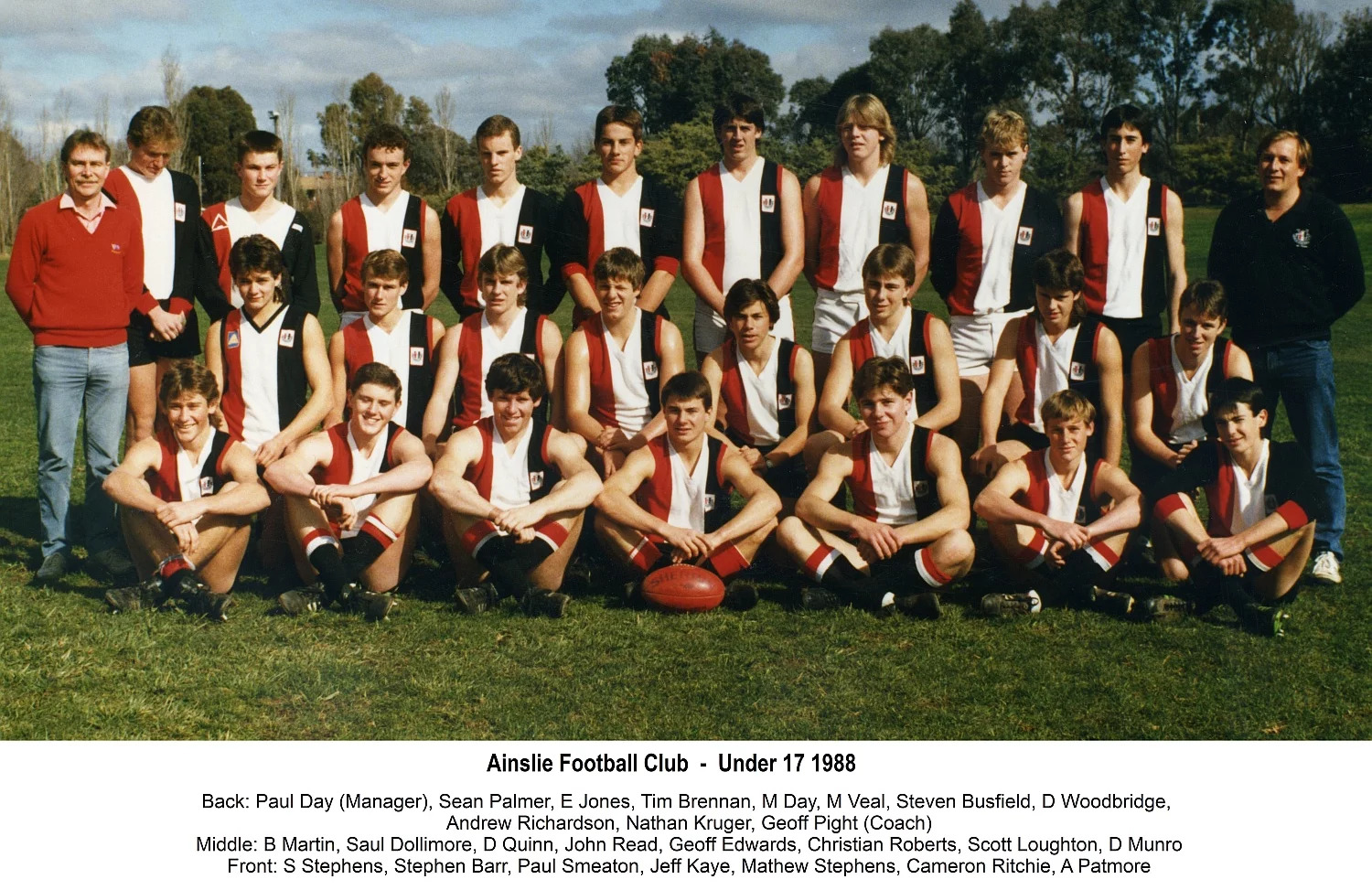 Ainslie Under 17s finished in fifth place, missing out on the finals.