Coach Russel Durnan resigned from the position one week before the competition was due to begin. Ainslie appointed Brett Hannam as Captain/Coach with Maurice Wingate his assistant one day before the opening night game against Queanbeyan. The team overcame the difficulties to win the game.

At the completion of the home and away games Ainslie were in second place behind Queanbeyan with 13 wins and 2 losses.

Ainslie First Grade were defeated in the Second Semi-Final by Queanbeyan. The Lead changed 10 times during the game and Ainslie held a 22 point lead 10 minutes into the last quarter but with the wind behind them Queanbeyan stormed home.

Ainslie were defeated in the Preliminary Final by Manuka-Weston to finish in third place. Manuka-Weston dominated the first quarter setting up a 3 goal lead which Ainslie couldn’t peg back. It was their first win over Ainslie for the season.

The Ainslie First Grade Team for the Preliminary Final was:

Dean Gills was the Club’s leading goal kicker in First Grade with 39 goals.

The Second Grade finished the home and away games as Minor Premiers and were undefeated with 15 wins.

Ainslie Second Grade defeated Queanbeyan in the Second Semi-Final to remain undefeated and proceed through to the Grand Final.

The Ainslie Second Grade team suffered their first loss of the season in the Grand Final as Queanbeyan reversed the result of the Second Semi-Final. Ainslie got within 8 points during the last quarter but Queanbeyan steadied to win by 39 points.

Wayne Kelty was the League’s leading goal kicker in Second Grade with 79 goals. 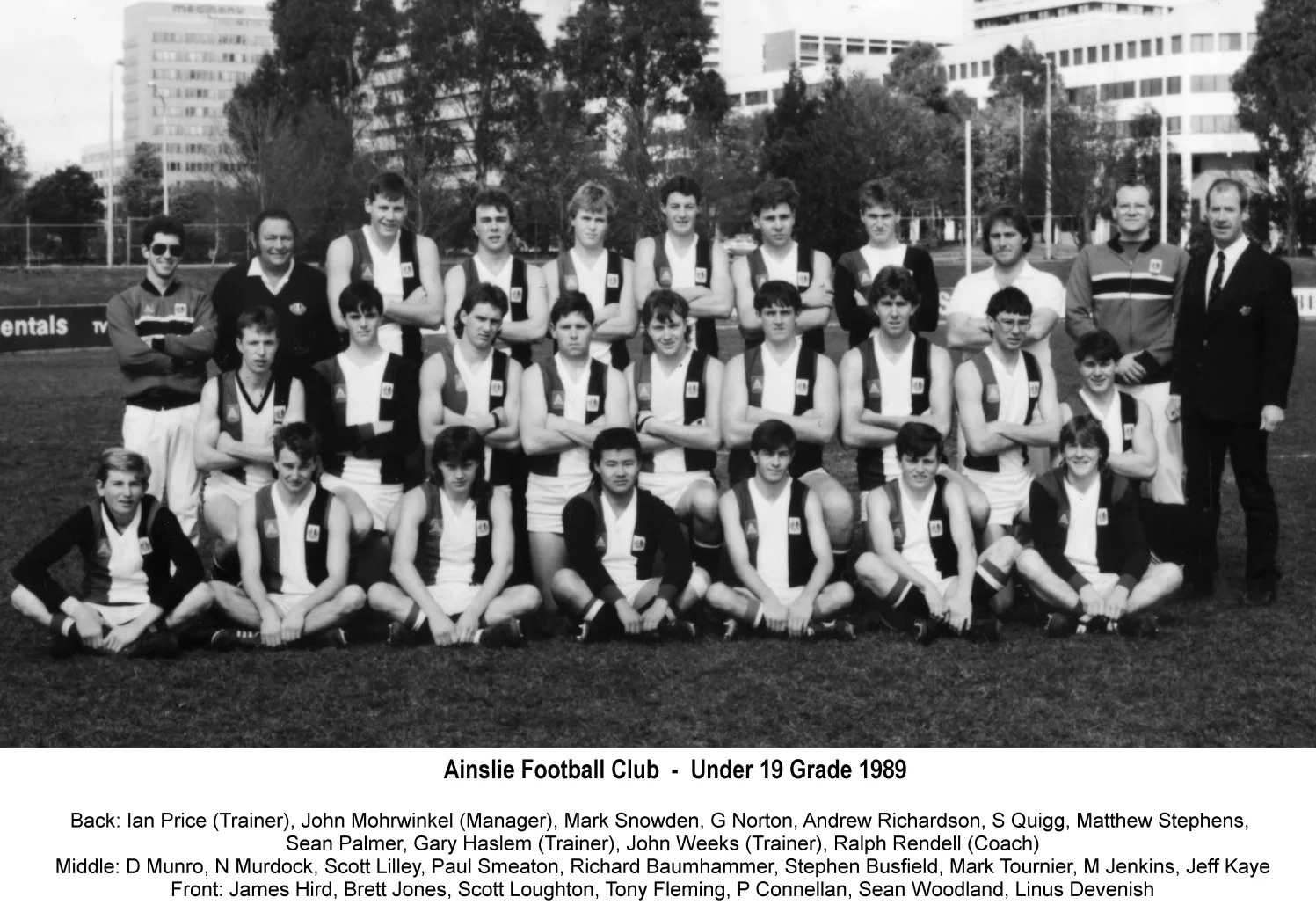 The U19s had a difficult year with lack of numbers and finished the home and away games on the bottom of the table with only 1 win for the season.

Due to lack of player numbers the Club was unable to enter a team in the Monaro competition.