In the last home and away game Ainslie defeated Eastlake by 163 points with full forward Chris Fleming kicking 15 goals. Ainslie finished the home and away in second place with 15 wins, 3 losses and a draw behind Queanbeyan with 18 wins.

Ainslie played top team Queanbeyan in the Second Semi-Final at Football Park. Ainslie had a dominant first half leading by 6 goals at the long break. They went on to win by 29 points and advance through to the Grand Final.

Ainslie played Queanbeyan again in the Grand Final at Football Park. In a hard fought, fiery match Ainslie ran out winners by 27 points to win their 16th Premiership.

The Ainslie Team for the Grand Final was:

Ainslie won the C.W. Chandler Trophy for the Club Championship.Captain/Coach Brett Hannam won the FM104.7 Player of the Year Award. 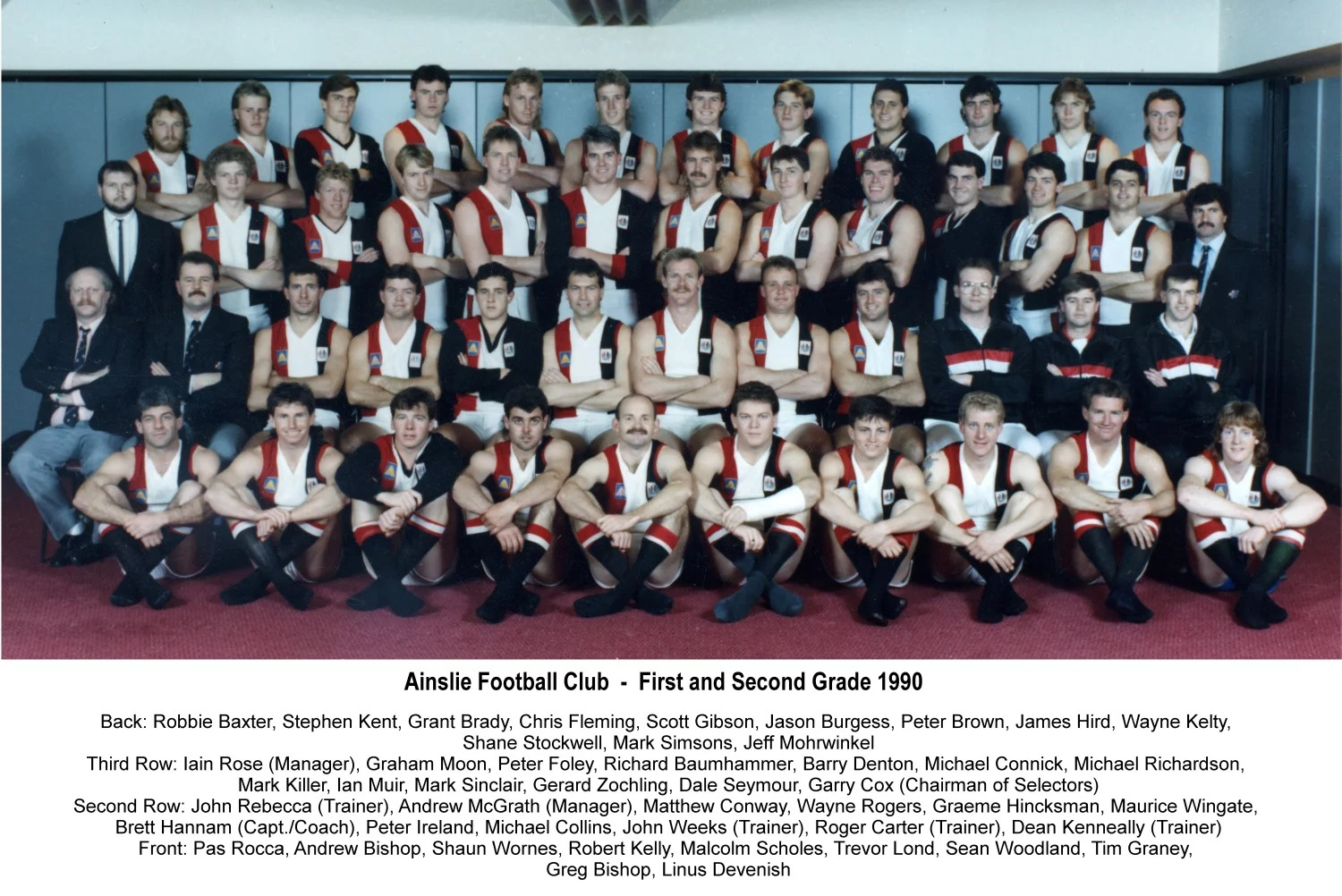 Ainslie finished the home and away season in second place with 16 wins and 3 losses.

They played Queanbeyan in the Second Semi-Final but were defeated by 48 points.

Ainslie played Manuka-Weston in the Preliminary Final. Manuka-Weston was far too good winning by 150 points and so ending Ainslie’s season in third place.

Wayne Kelty was the leading goal kicker in Second Grade and finished the season with 90 goals. 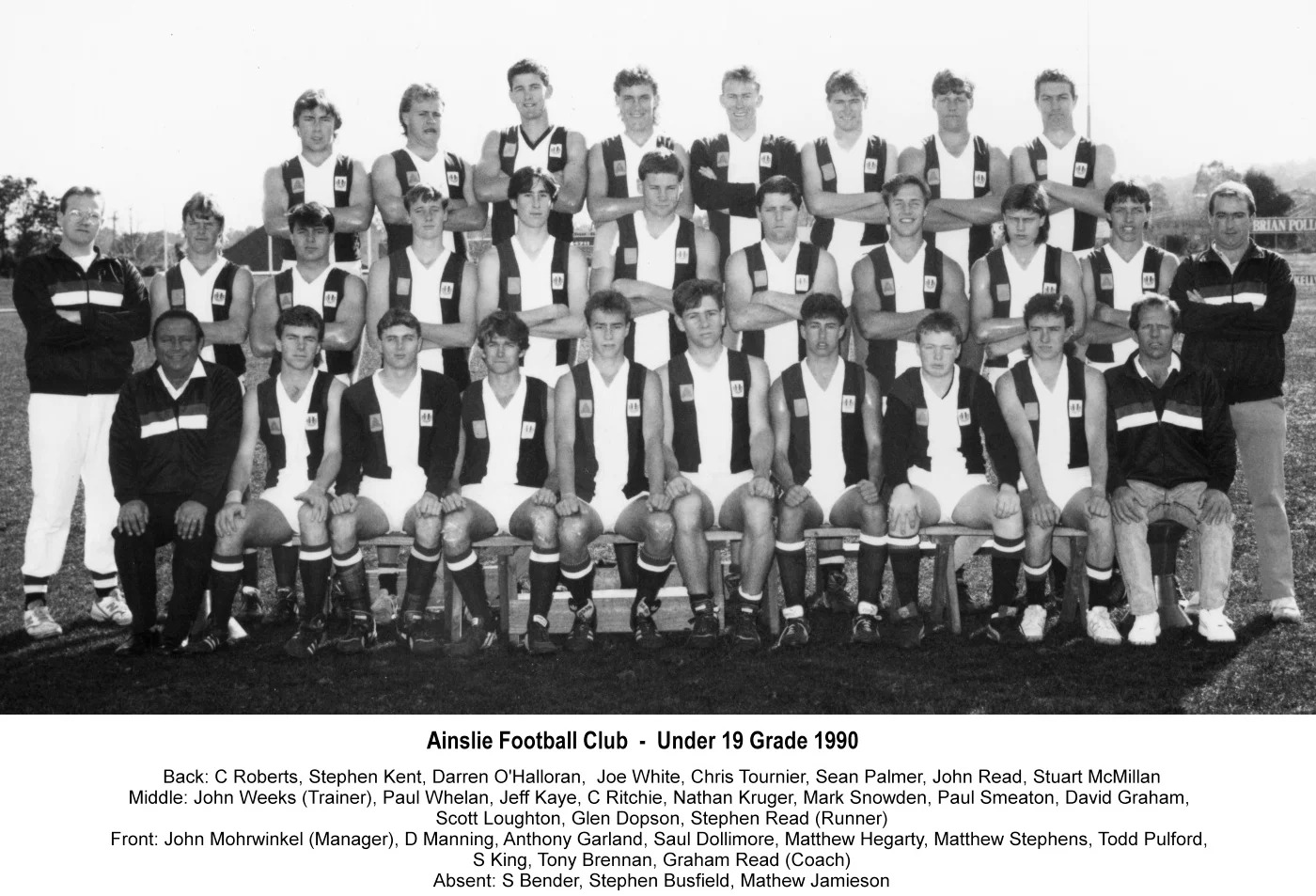 The U19 team finished as minor Premiers only losing 2 of 20 home and away games.

They played Belconnen in the Second Semi-Final and won by 27 points.

The Under 19s played Manuka-Weston in the Grand Final going down by 7 points.

John Read kicked 83 goals for the U19s and led the League U19 goal kicking. 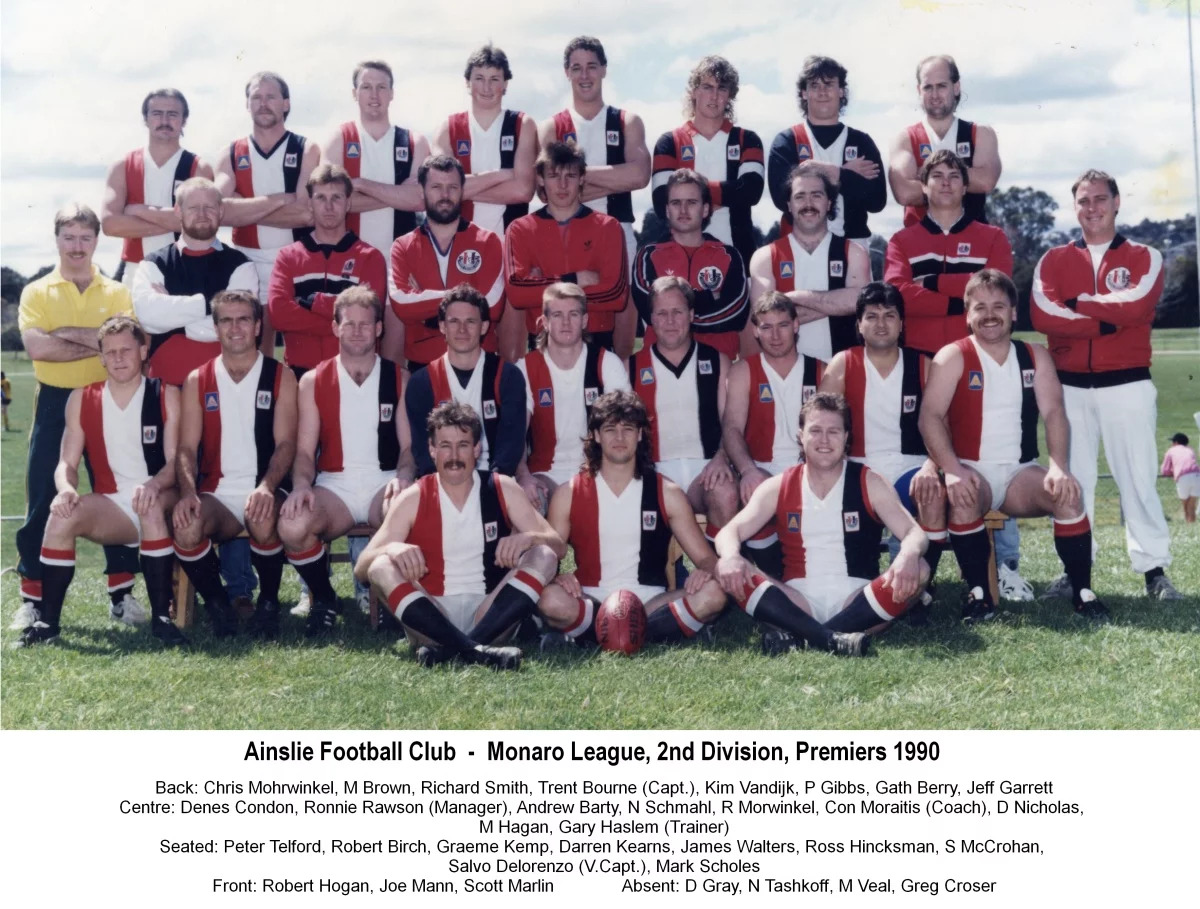 The Monaro team finished the home and away games in second place behind East Canberra.

They lost the Second Semi Final to East Canberra by 34 points.

Ainslie reversed the Semi-Final result against East Canberra in the Grand Final to win by 27 points and take out the Monaro 2nd Division Premiership.