Ainslie First Grade was in third position after the home and away games with 9 wins and 6 losses. Queanbeyan finished in top place.

Ainslie defeated Belconnen in the First Semi-Final by 100 points.

Ainslie played Queanbeyan in the Preliminary Final. Ainslie had not beaten Queanbeyan during the season and Queanbeyan kept their record with a win by 18 points to end Ainslie’s season in third place.

Ainslie’s team for the Preliminary Final was: 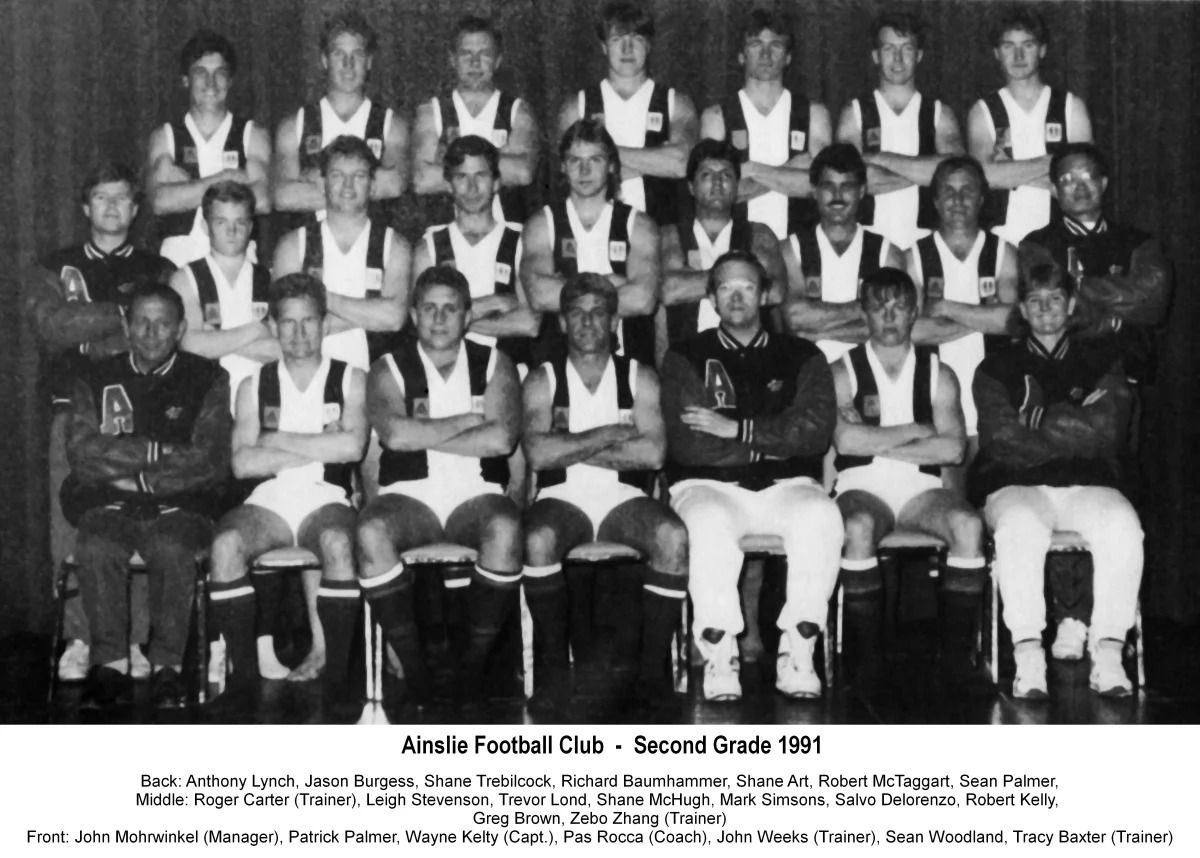 Ainslie Second Grade finished the home and away games in fourth position with 6 wins and 8 losses.

Ainslie played Queanbeyan in the First Semi-Final but were defeated by 10 points leaving them in fourth place. 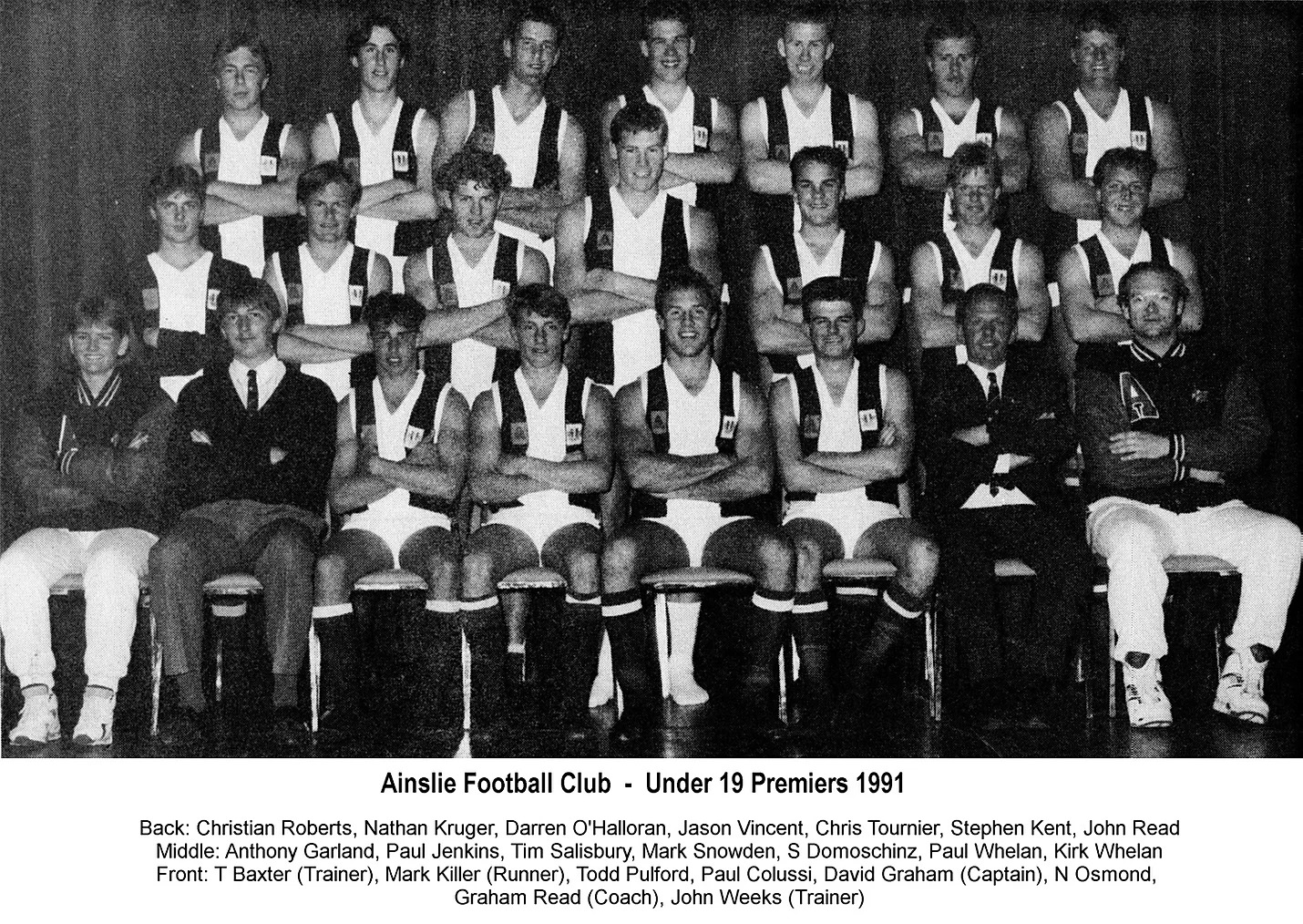 The Ainslie Under 19 team finished the home and away games in third position.

The Under 19s had a big win over Tuggeranong in the First Semi-Final.

Ainslie played Southern District in the Preliminary Final. Ainslie came from behind in the last quarter to win by 7 points and proceed through to the Grand Final.

In the Grand Final Ainslie upset a previously unbeaten Belconnen after an eight goal to one second quarter. Final score: Ainslie: 14.12-96 def Belconnen 8.10-58

The Monaro team had a difficult year and finished out of the finals.