Ainslie First Grade finished on top of the table after the home and away games with 13 wins and 2 losses.

They played Queanbeyan in the Second Semi-Final and won by 9 points.

Ainslie played Queanbeyan again in the Grand Final at Football Park, Phillip. In a hard, physical game Ainslie led by 33 points at three quarter time and held on to defeat Queanbeyan by 10 points. 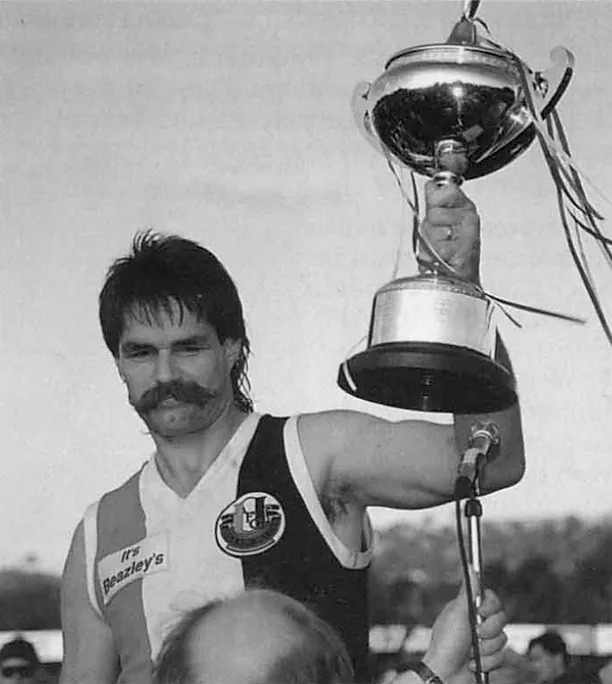 The Grand Final Team was:

David McCallum was awarded the Alex Jesaulenko Medal for Best on the Ground in the Grand Final. 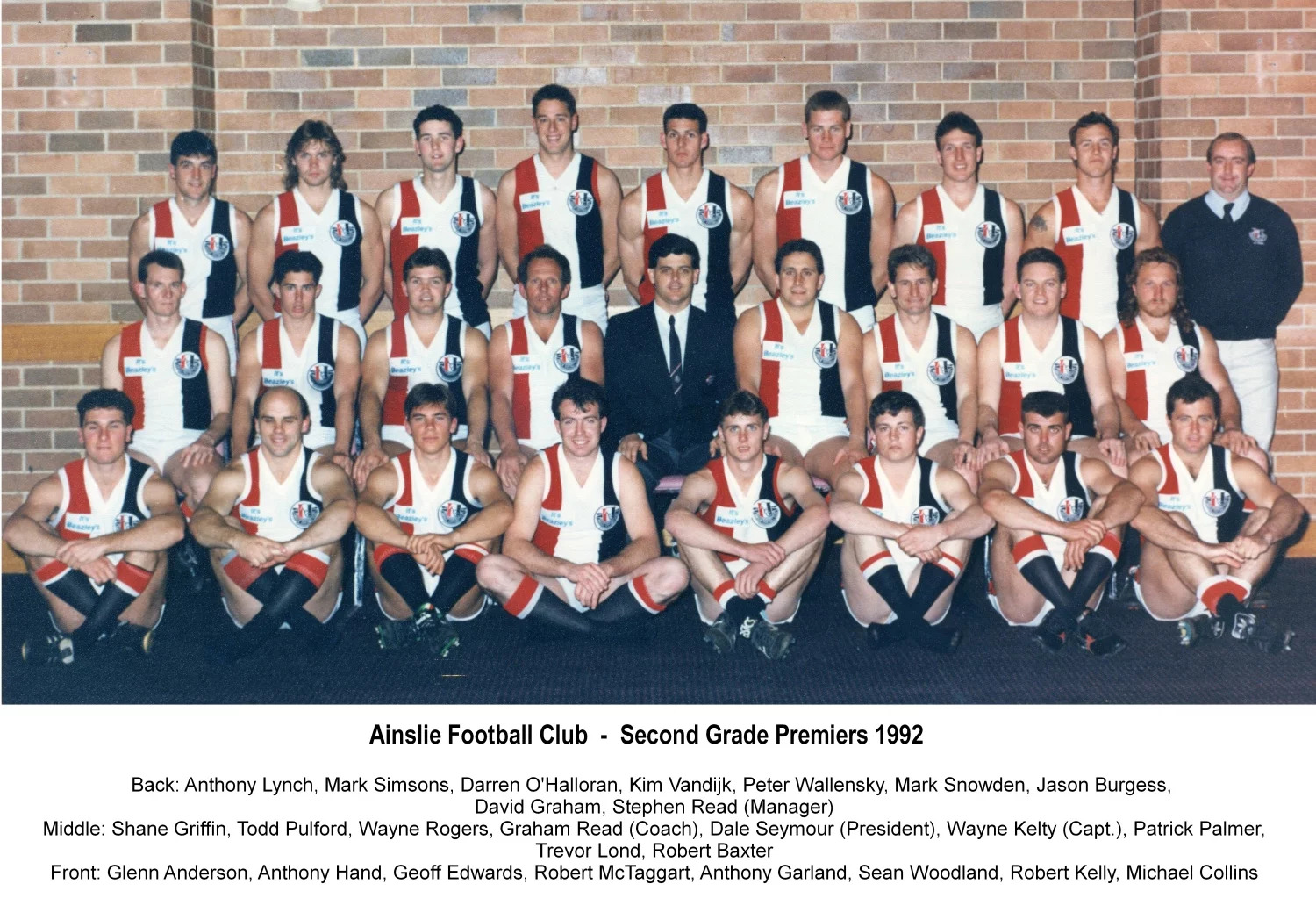 Ainslie played Queanbeyan again in the Second Grade Grand Final and had a big win by 87 points.

Michael Collins won the League’s Best & Fairest in the Second Grade, the J McNamara Trophy, in a tie with Queanbeyan’s Geoff Deeble.

Wayne Kelty was the League’s and the Club’s leading Second Grade goal kicker with 78 goals. 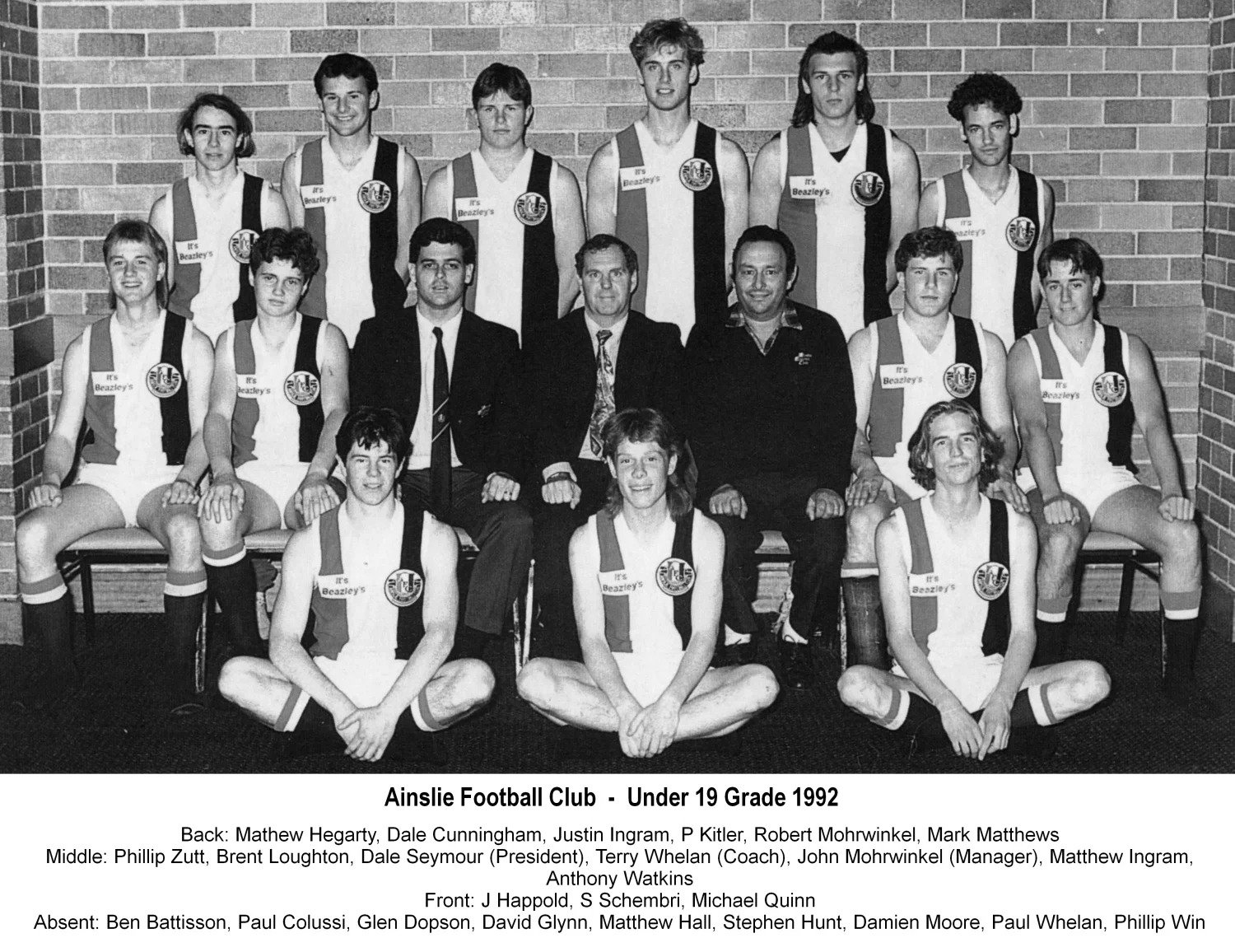 The Under 19 team experienced a shortage of players in 1992 and had a tough season finishing on the bottom of the ladder after the home and away games.

Ainslie finished outside the top four after the home and away games winning only 2 games.