In the Canberra League in 1996 there were eight Clubs, Ainslie, Belconnen, Campbelltown, Defence, Eastlake, Queanbeyan, Tuggeranong and Weston Creek.

Peter Banfield was appointed coach for his third season.

Preseason games were played against Lavington, Southport on the Gold Coast and at the Belconnen knockout Competition. Ainslie won all these games.

Ainslie won 15 and lost 3 of the home and away games and finished on top of the ladder.  They played second team Eastlake in the second Semi-Final and were able to win by 16 points to go through to the Grand Final.

Ainslie met Eastlake again in the Grand Final before a crowd of over 5000. The scores were level at half time and Ainslie held a 14 point lead at three quarter time before going on to win by 20 points. Ainslie won their fifth Premiership in succession equalling the record held by Eastlake back in the sixties. 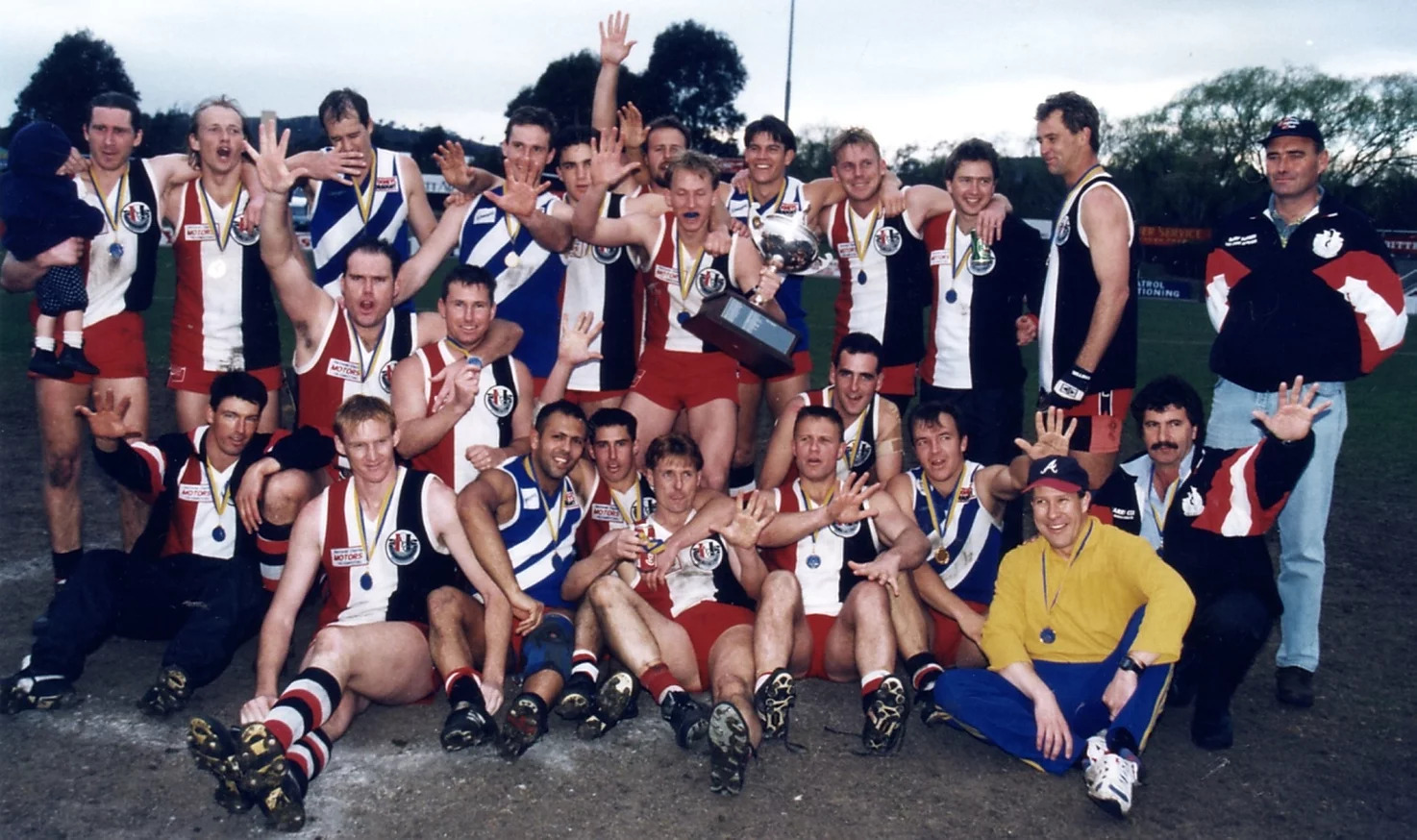 The Ainslie team selected for the Grand Final was: 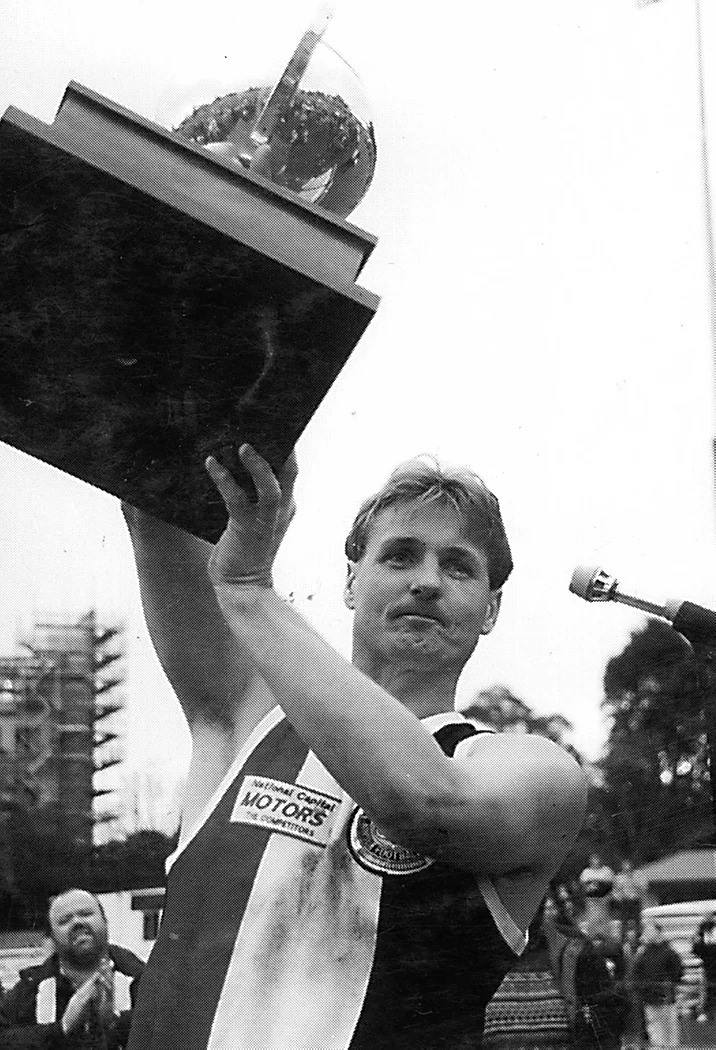 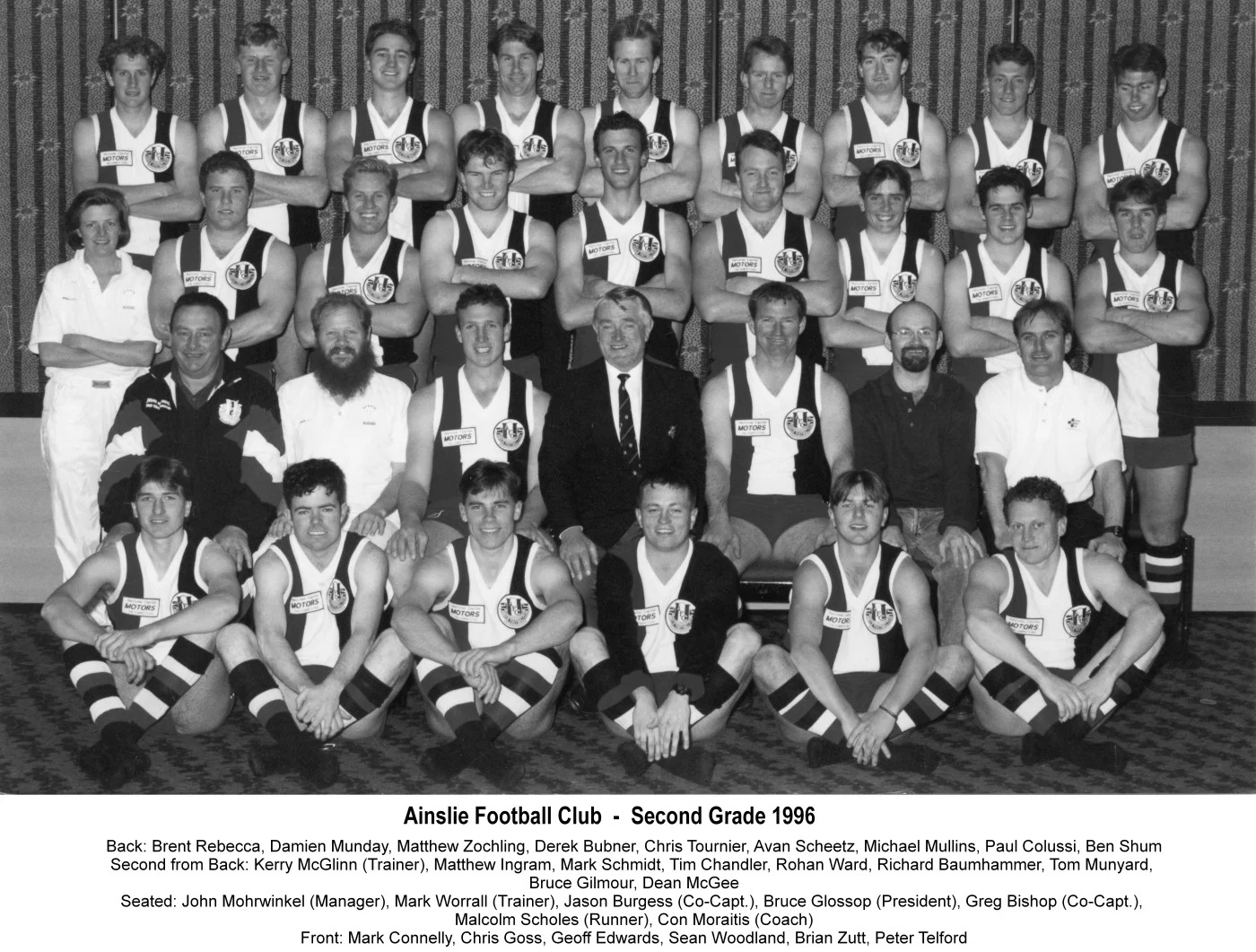 The Ainslie Second Grade finished the home and away season in third place. 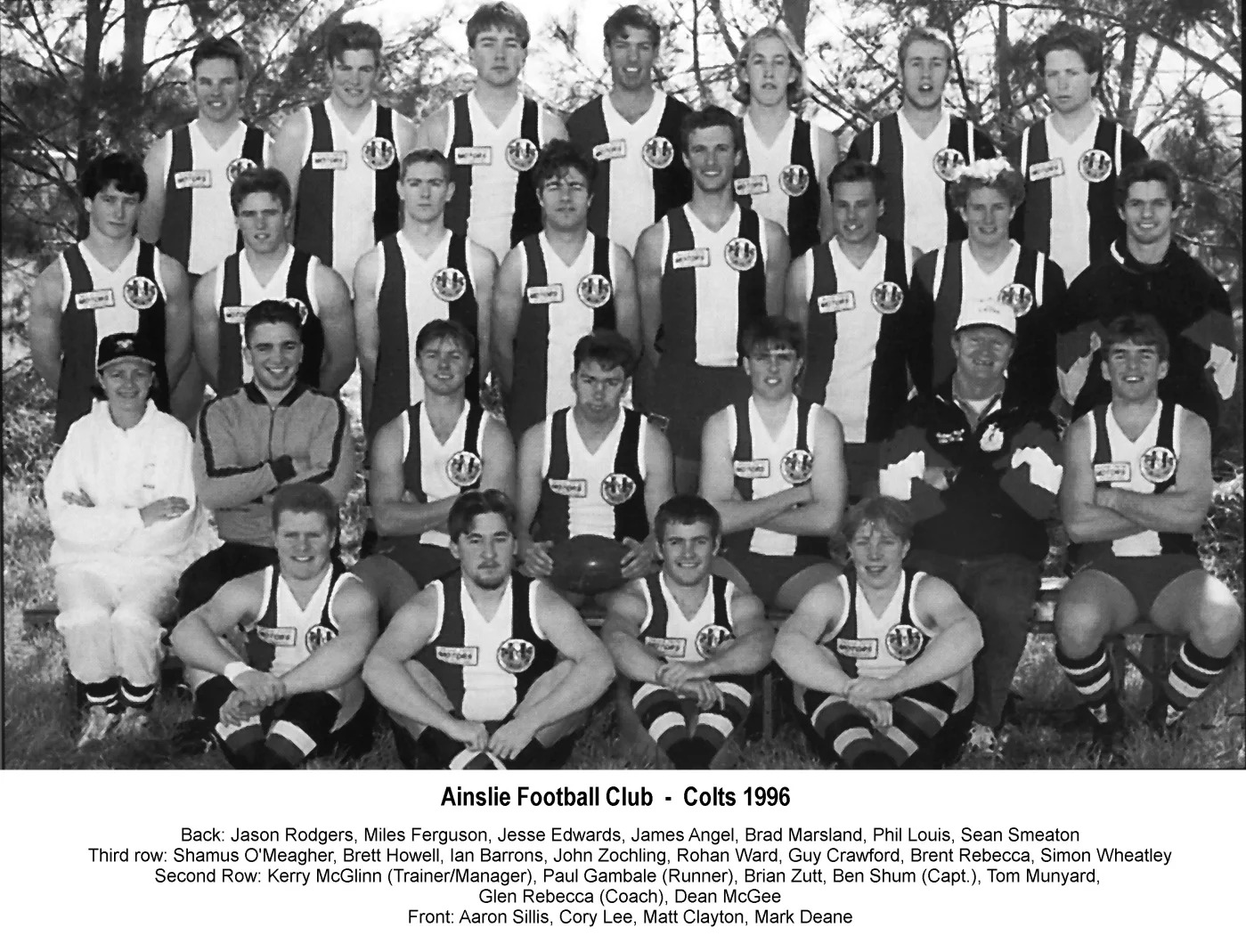 The Ainslie Colts team finished the home and away season out of the top four.

Recorded only 3 wins for the home and away season finishing out of the finals.