In the Canberra League in 1997 there were eight Clubs, Ainslie, Belconnen, Campbelltown, Defence, Eastlake, Queanbeyan, Tuggeranong and Weston Creek.

In 1997 Ainslie Football Club celebrated the return to the Ainslie Oval and the 70th Anniversary of joining the Canberra League.

Ainslie finished on top of the First Grade table at the end of the home and away games losing five games during the season.

Ainslie defeated Queanbeyan in the Second Semi-Final to go straight through to the Grand Final.

Ainslie met Tuggeranong in the Grand Final after they defeated Queanbeyan in the Preliminary Final. Ainslie were able to win their sixth straight Premiership winning by 34 points. This was a new League record.

Reece Langan was awarded the Alex Jesaulenko Medal for the Best Player in the First Grade Grand Final.

Ian Muir was the Club’s leading goal kicker in First Grade with 44 goals.

During the season Andrew Bishop and Ian Muir played their 200th First Grade game for the Club. Stephen Kent played his 100th game. 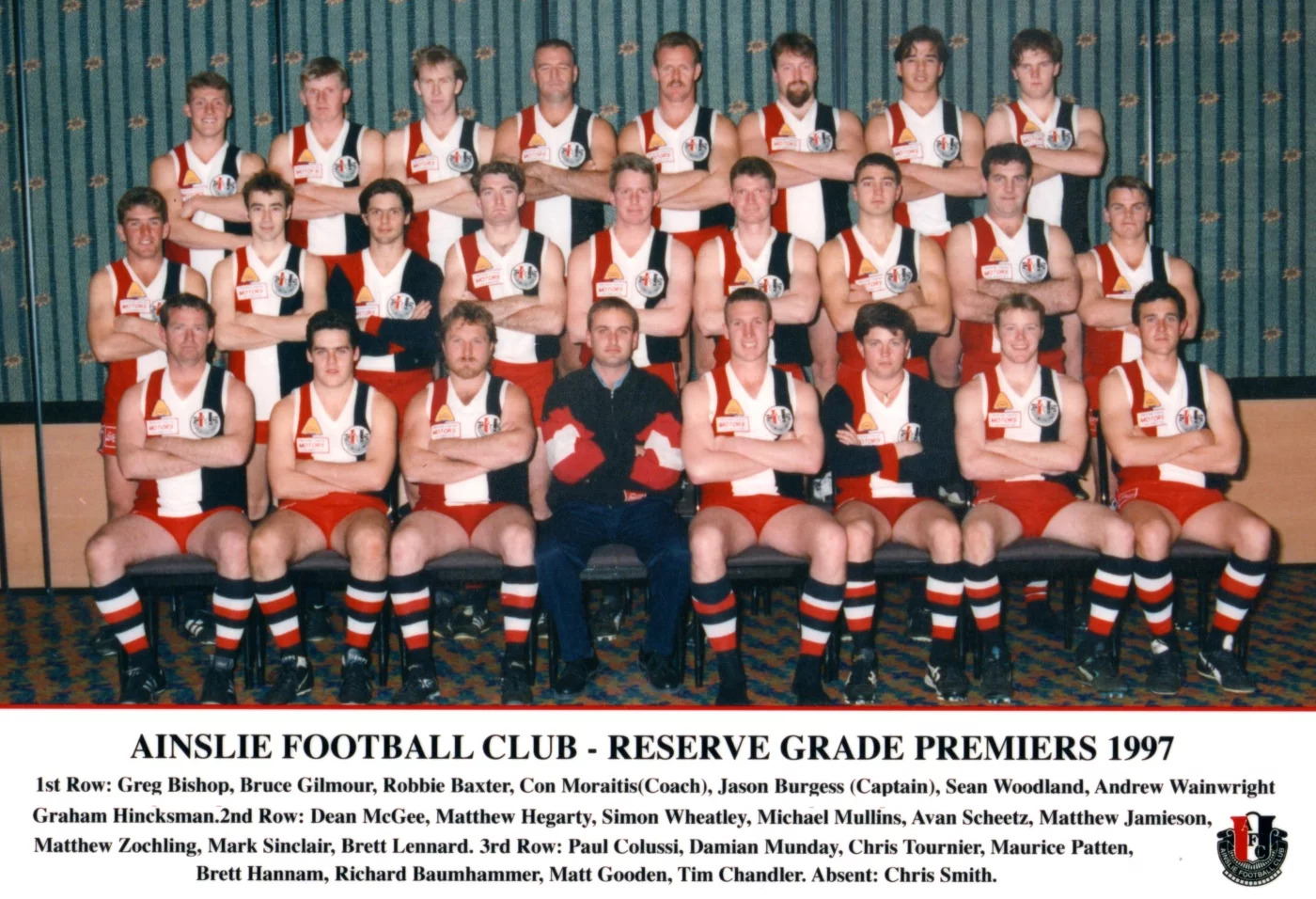 Ainslie Second Grade finished the home and away games in top position with 15 wins and 2 losses.

Ainslie played Eastlake in the Second Semi-Final winning by 21 points and going through to the Grand Final.

Playing Eastlake again in the Grand Final Ainslie fought back after being  5 goals down to win by 1 point.

Brett Hannam was the League’s leading goal kicker in Second Grade with 50 goals.

Robbie Baxter won the J McNamara Trophy for the Best & Fairest in the League’s Second Grade.