In the Canberra League in 1999 there were six Clubs, Ainslie, Belconnen, Eastlake, Queanbeyan, Tuggeranong and Weston Creek Wildcats.

Ainslie finished out of the finals for the second consecutive year.

Brian Stanislaus was the Club’s leading goal kicker with 30 goals. 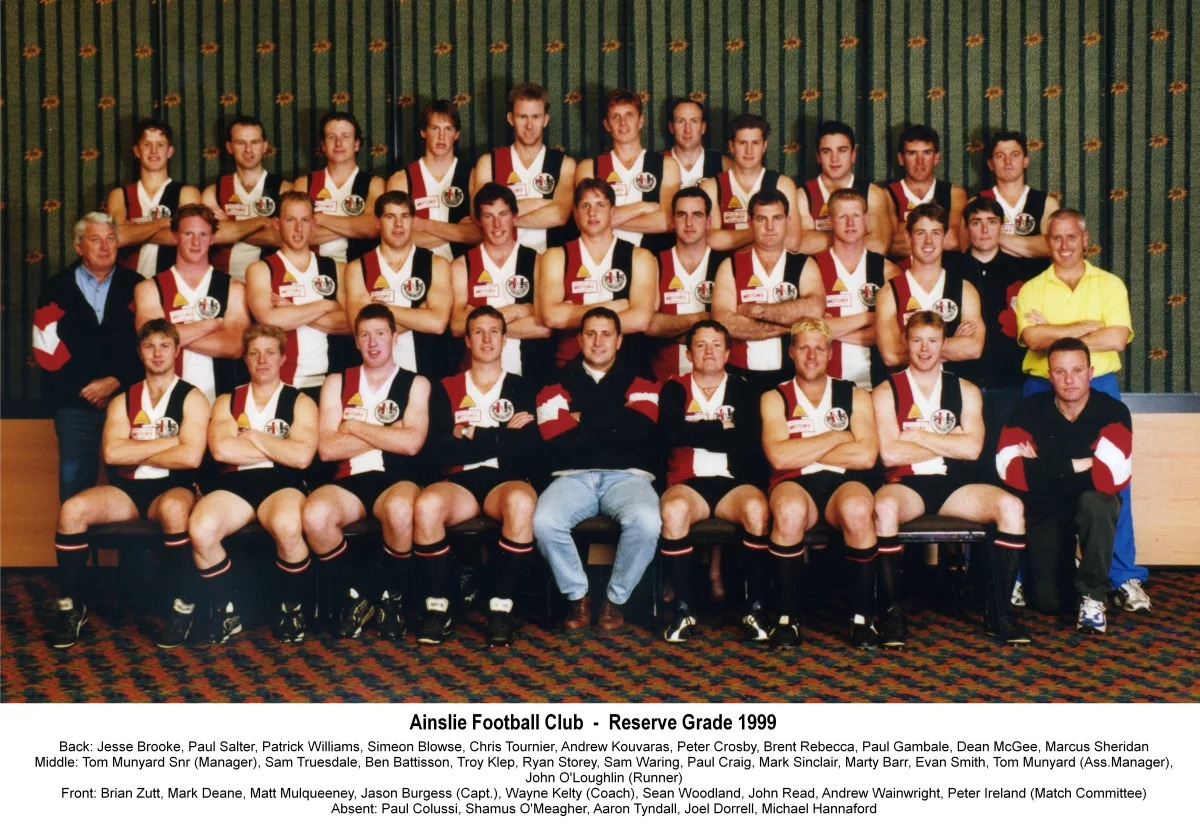 The Second Grade finished the home and away games on top of the ladder.

In the Second Semi-Final Ainslie defeated Belconnen by 9 points to go through to the Grand Final.

In the Grand Final Ainslie again met Belconnen and defeated them by 31 points to win the Premiership.

Andrew Kouvaras was awarded the medal for the Best Player in the Second Grade Grand Final.

The District team played in the finals but were defeated by Gungahlin in the First Semi-Final to finish in fourth place.

The Ainslie Women’s team played off in the Semi-Final but were defeated to finish in fourth place.