Pat Gribble was appointed the Coach of Ainslie. Pat had experience coaching teams in the Riverina area.

Members of the ACT Representative team that played in the Australian Country Championships in Wagga were Pat Gribble, Todd Pulford, Mal Beattie and Richard Taylor.

Leading goalkicker for the Club in 2000 was Gerard Zochling with 24 goals.

The 38 Players who played First Grade were: 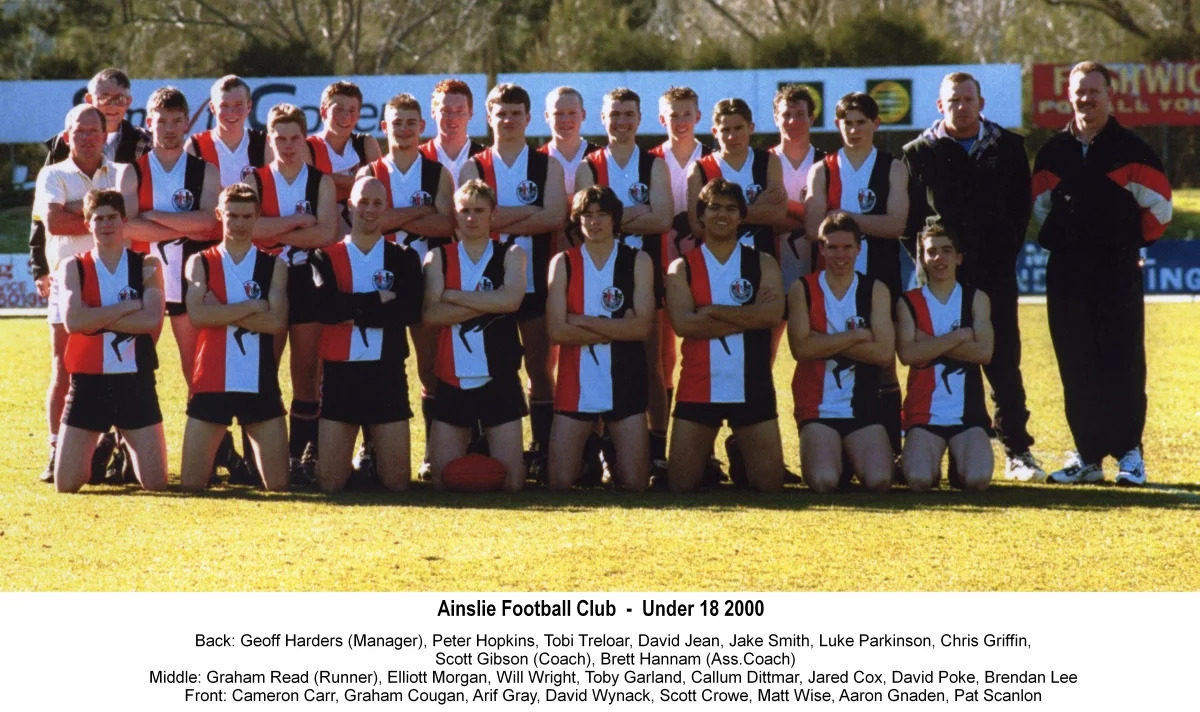 Scott Gibson was appointed coach of the Ainslie Under 18 team.