Ainslie Finished in third place after the home and away games with 11 wins and 7 losses.

Ainslie played Queanbeyan in the First Semi-Final but were defeated by 28 points to finish fourth. Ainslie led at half time by 2 goals but a strong third term by Queanbeyan in which they kicked 7 goals to nil sealed the game.

Ainslie players selected in the AFL Canberra Team of the Year were Brett Knowles, Lucas Matthews and Peter McGrath.

James Kavanagh was the Club’s leading goal kicker in First Grade with 42 goals.

Ainslie Second Grade finished in fourth position after the home and away games with 6 wins and 9 losses.

Ainslie were defeated in the First Semi-Final by Eastlake to finish fourth. 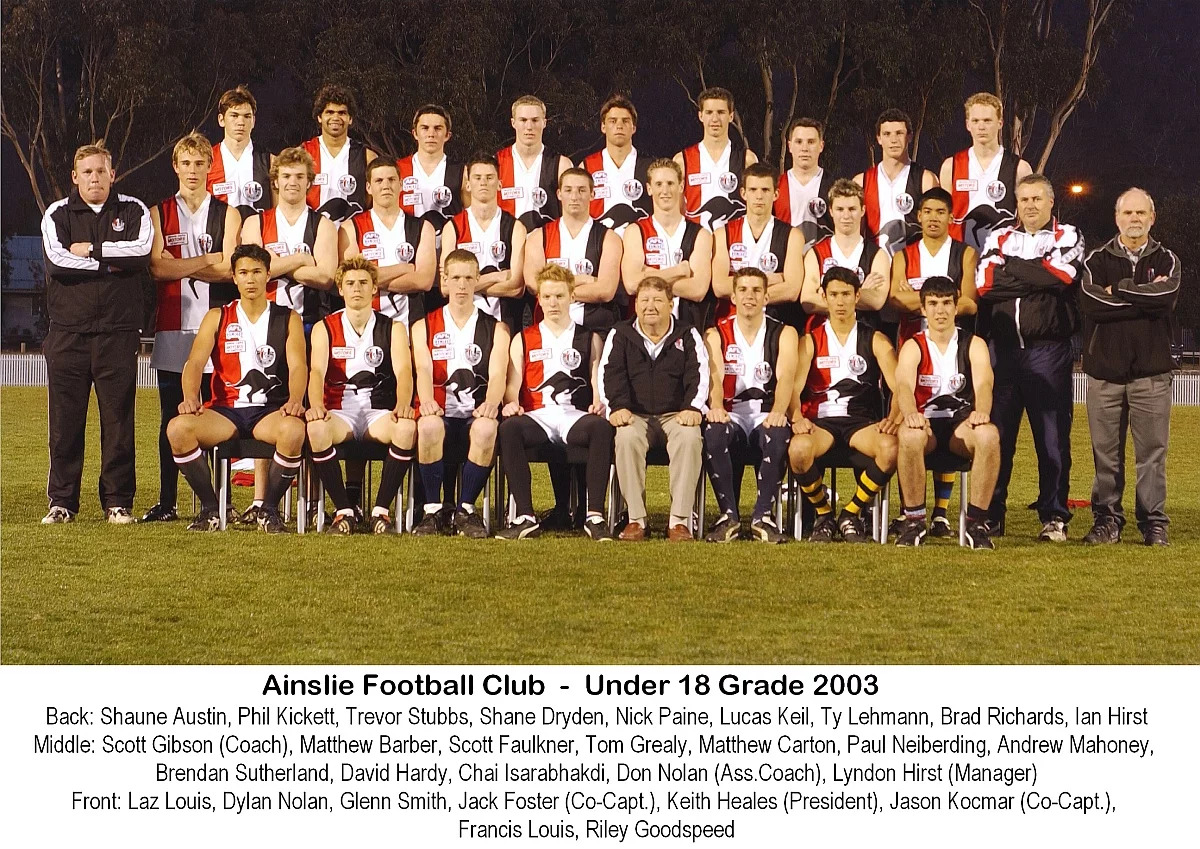 They were relegated to fourth place after losing the First Semi-Final against Belconnen by 4 points.

Ainslie played in the AFL Canberra District Division 1 competition. After the Home and Away games Ainslie missed the finals finishing in sixth position with 3 wins and 13 losses.

With the Ainslie Women’s team having a high turnover of players and loss of experience the team did not win a game and finished at the bottom of the table.