There were seven teams in the First Grade competition, Ainslie, Belconnen, Eastlake, Queanbeyan, Sydney Swans, Tuggeranong and the Wildcats.

Chris Rourke was appointed senior Coach. Chris had many years coaching experience through country Victoria and also in the AFL Sydney League.

Ainslie finished the home and away games in sixth place with 5 wins and13 losses. It was a difficult season for Ainslie with low player numbers and the loss of so many experienced players over 2005 and 2006. 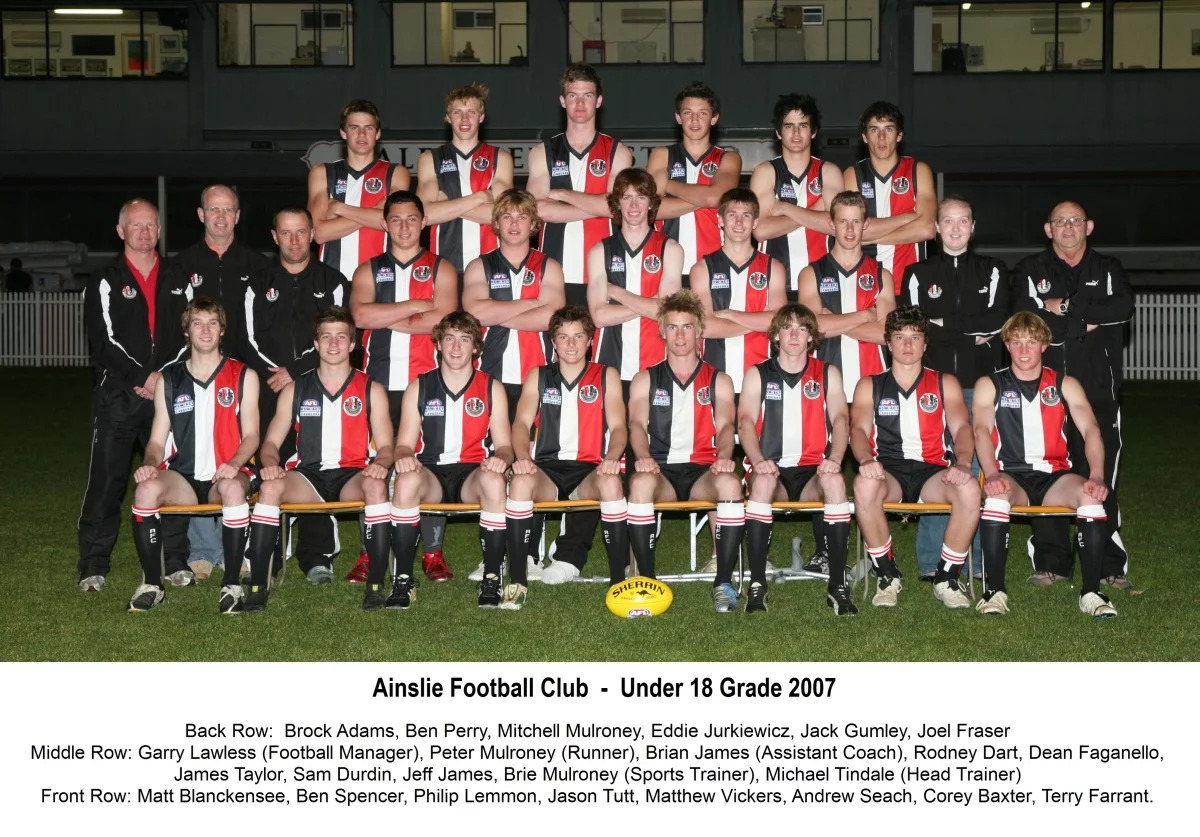 The Under 18 team finished the home and away in fifth place with 8 wins and 12 losses. 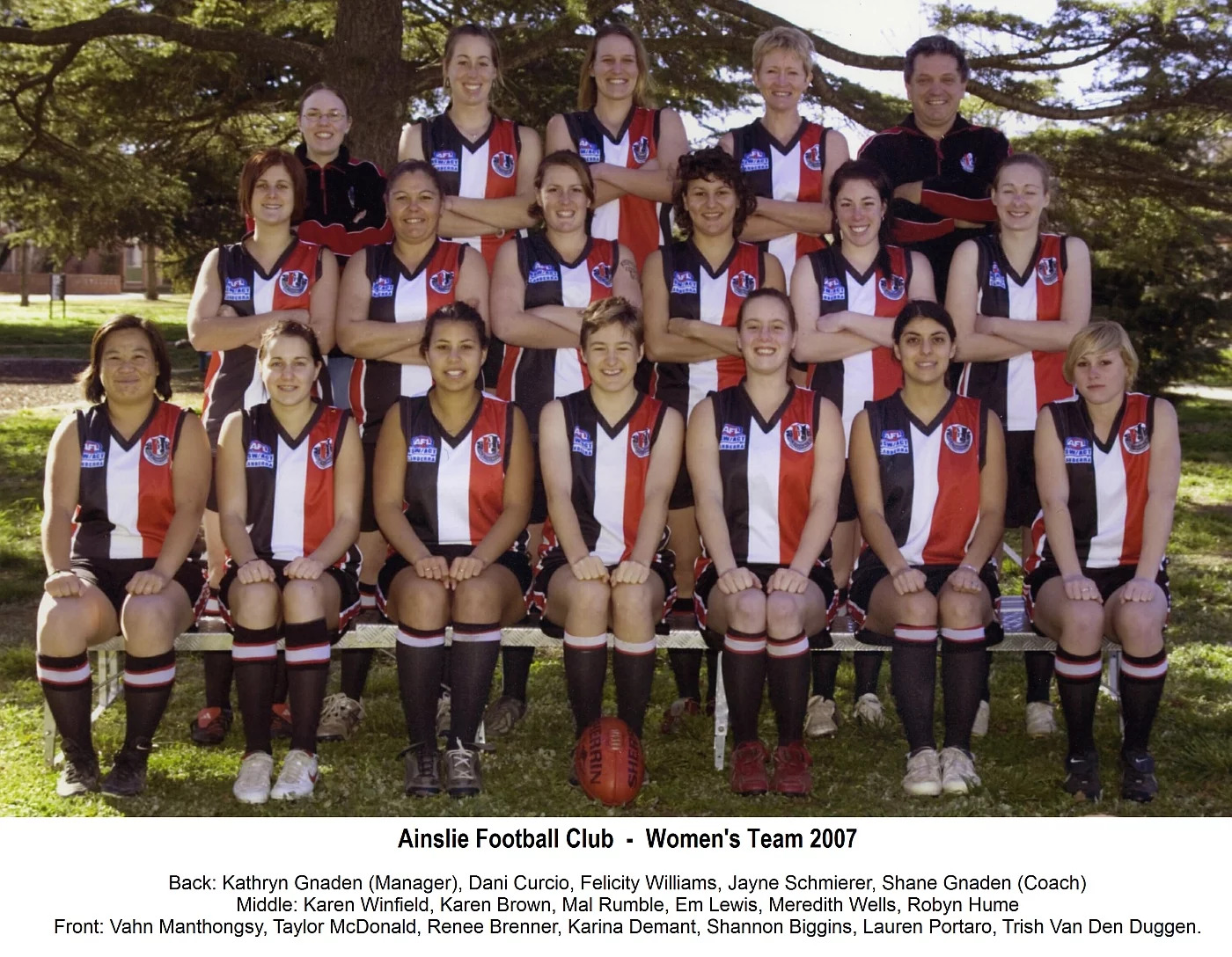 The Ainslie Women’s team finished the home and away games in fourth position ahead of ANU on percentage.

In the First Semi Final Ainslie defeated Riverina. Ainslie were defeated in the Preliminary Final to finish in third place.

Karina Demant was selected in the ACT Representative team that played in the Women’s National Carnival in Canberra.

Ainslie held a function combined with Presentation Night to celebrate the 80th year of the Club. The Club was formed in 1927. A book about the history of the Ainslie Football Club titled “a Capital achievement” written by Alan Foskett, was launched.