There were six teams in the First Grade competition in 2008, Ainslie, Belconnen, Eastlake, Queanbeyan, Sydney Swans and Tuggeranong.

Ainslie finished the home and away games in third place with 10 wins and 8 losses.

In the First Semi-Final at Manuka Oval in boggy conditions Ainslie were defeated by Eastlake to finish in fourth place.

Sydney Swans went on the win their fourth consecutive Premiership defeating Belconnen 11.4-70 to 9.15-69.

Ben Hughes was the leading goalkicker for the Club with 44 goals.

Ainslie finished the home and away games in fourth place with 3 wins and 10 losses. There were only five teams in the Second Grade competition, Ainslie, Belconnen, Eastlake Queanbeyan and Tuggeranong.

In the First Semi-Final Ainslie were defeated by Queanbeyan to finish in fourth place. 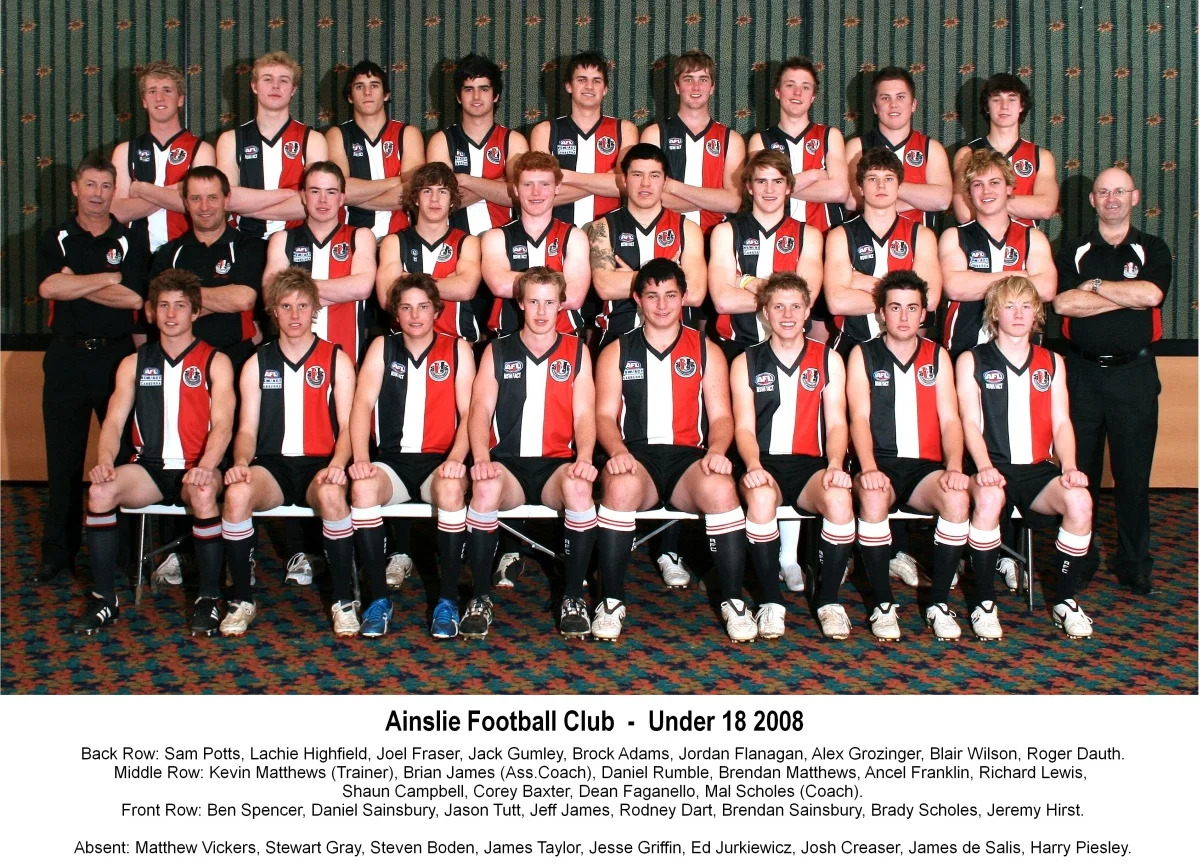 The Ainslie Under 18s finished on top of the ladder after the home and away games with 13 wins and 5 losses.

In the Second Semi-Final Ainslie were defeated by Marist.

In the Preliminary Final Ainslie defeated Belconnen to set up a re-match with Marist in the Grand Final.

The Grand Final between Ainslie and Marist was a close game. Ainslie set up a good lead at half time but Marist hit the front after a strong third quarter. Ainslie couldn’t close the gap in the final quarter and went down by 2 points.

The Ainslie Thirds team in Division 3 did not win a game for the season and finished on bottom of the ladder. 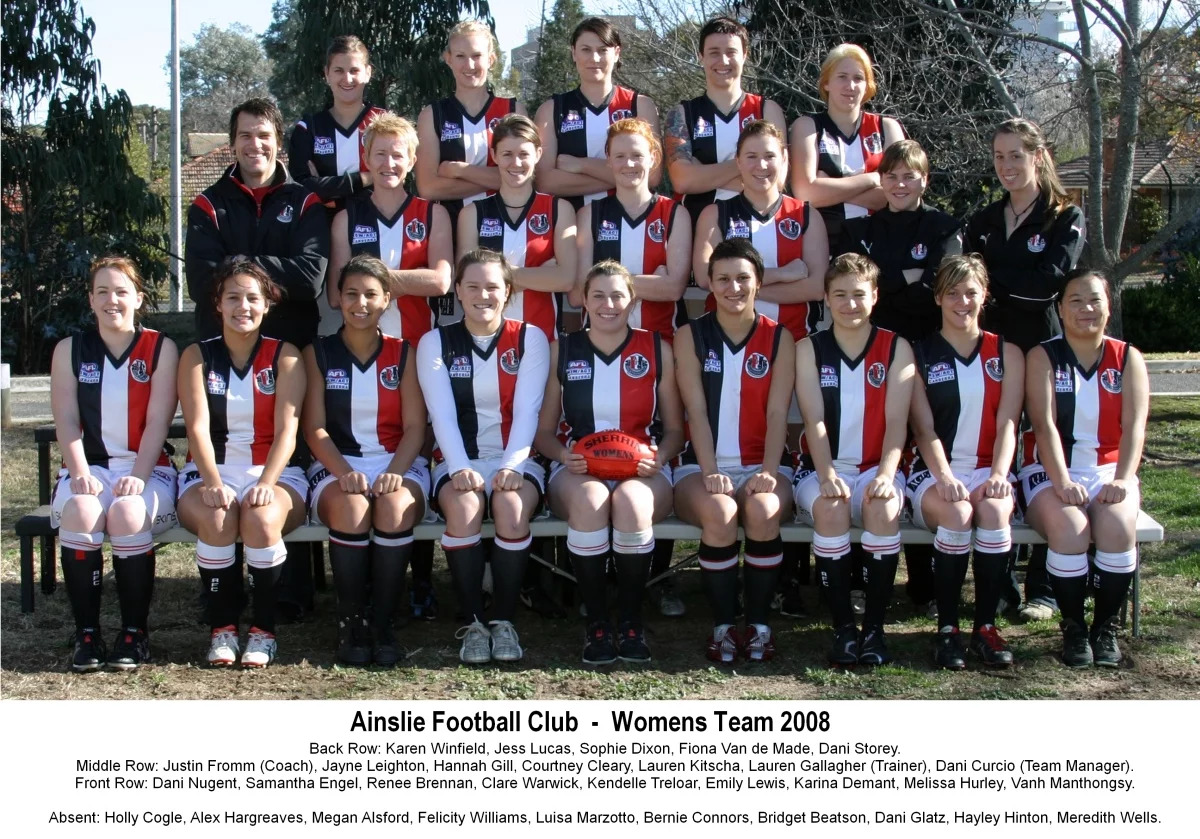 The Ainslie Women’s team played in an eight team competition and finished the home and away in second place.

In the Second Semi-Final Ainslie defeated Eastlake to go straight through to the Grand Final.

Ainslie played Eastlake again in the Grand Final but were defeated by 25 points.