Ainslie finished in third place after the home and away games.

Ainslie defeated Queanbeyan in the First Semi-Final by 19 points.

Ainslie defeated Eastlake in the Preliminary Final to advance to the Grand Final. This was the first Grand Final for Ainslie since 1997.

In a very tense Grand Final at Manuka Oval against Belconnen the scores were tied with 2 minutes to go. A late goal to Belconnen gave them a win by 6 points.

Tim Inkster was the leading goal kicker for the Club with 66 goals.

Marcus Crook and Tim Inkster were selected in the AFL Canberra Team of the Year. 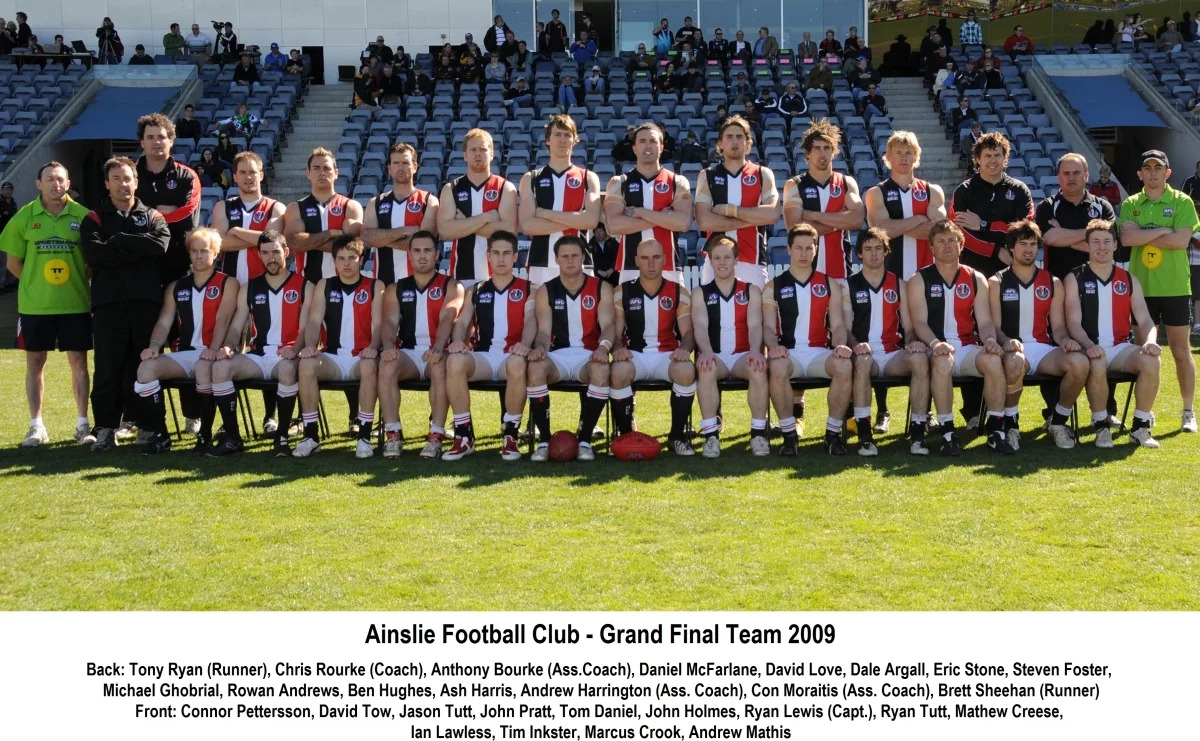 Ainslie Second Grade finished in fourth place after the home and away.

In the First Semi-Final Ainslie were defeated by Eastlake to finish in fourth place. 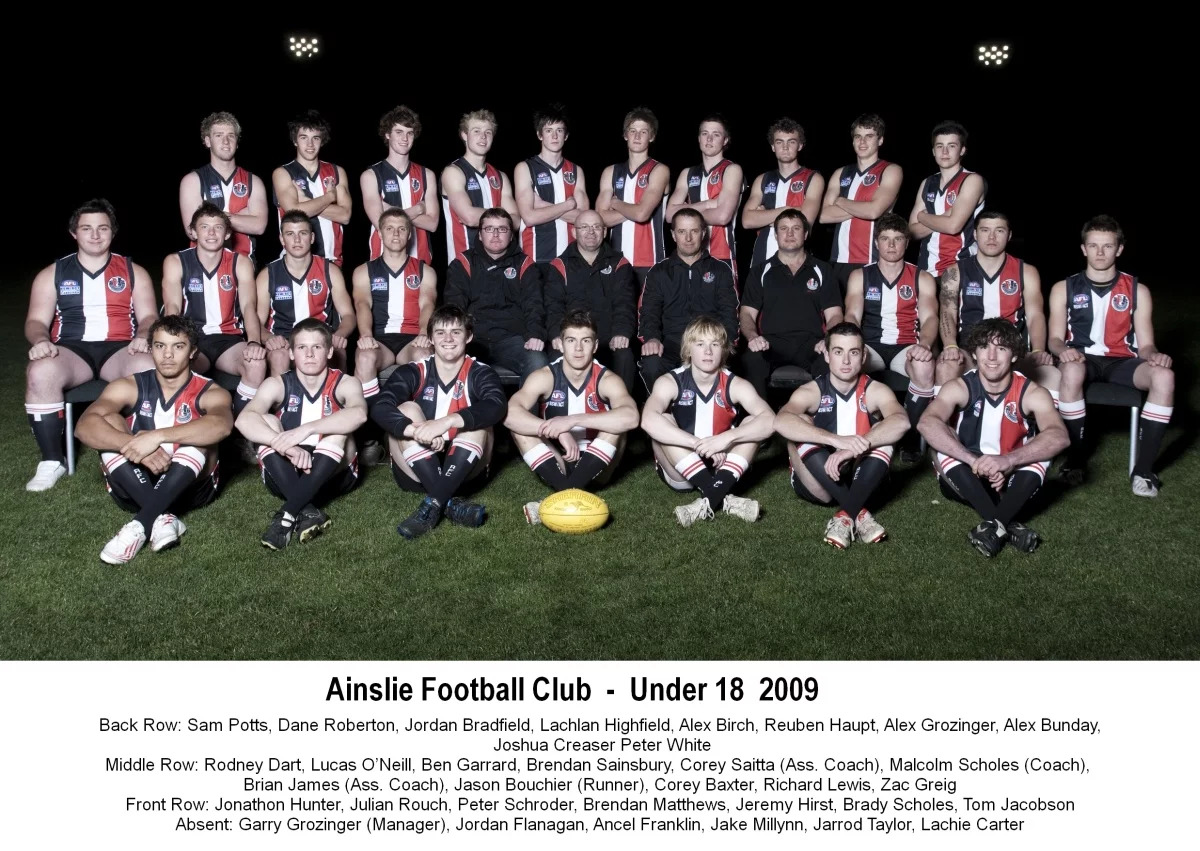 Ainslie Under 18s finished the home and away in third place.

Ainslie defeated Queanbeyan in the First Semi-Final by 45 points.

In the Preliminary Final Ainslie were defeated by Belconnen to finish in third place.

The Ainslie Under 18 team for the Preliminary Final was: 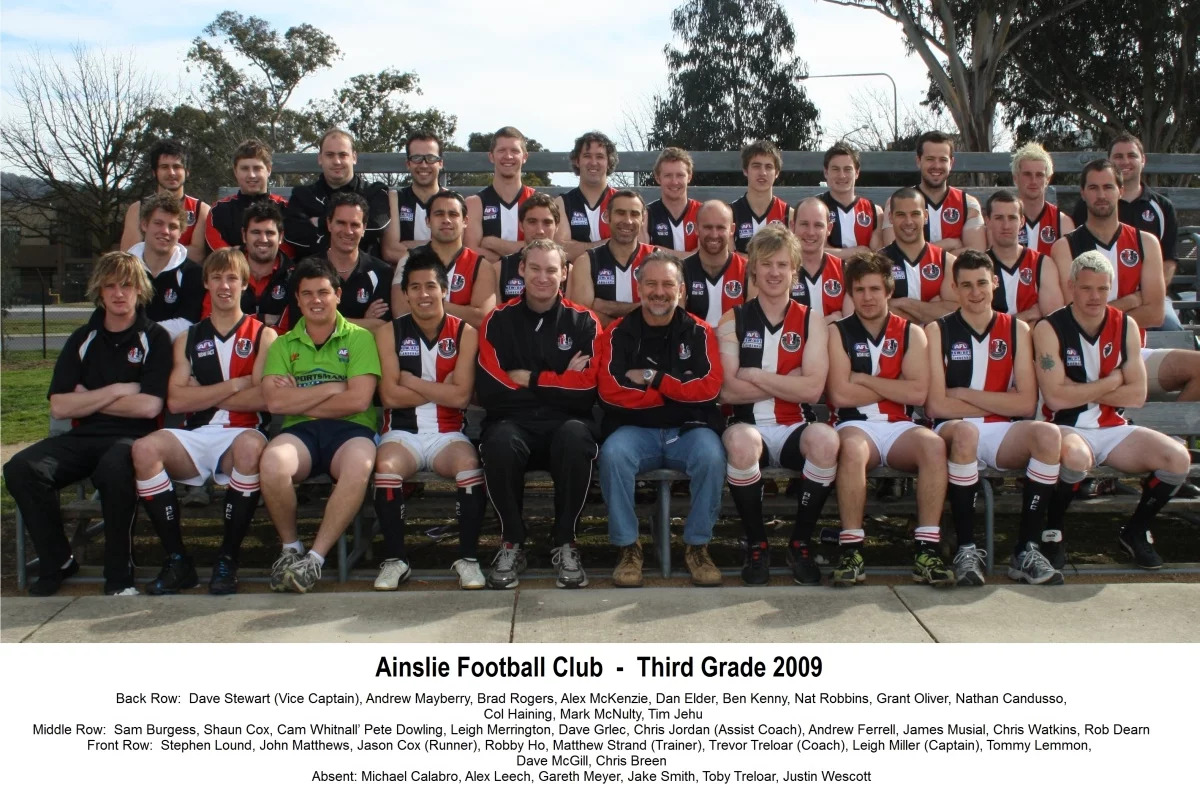 Ainslie Third Grade finished ninth out of ten teams with 2 wins and 16 losses. 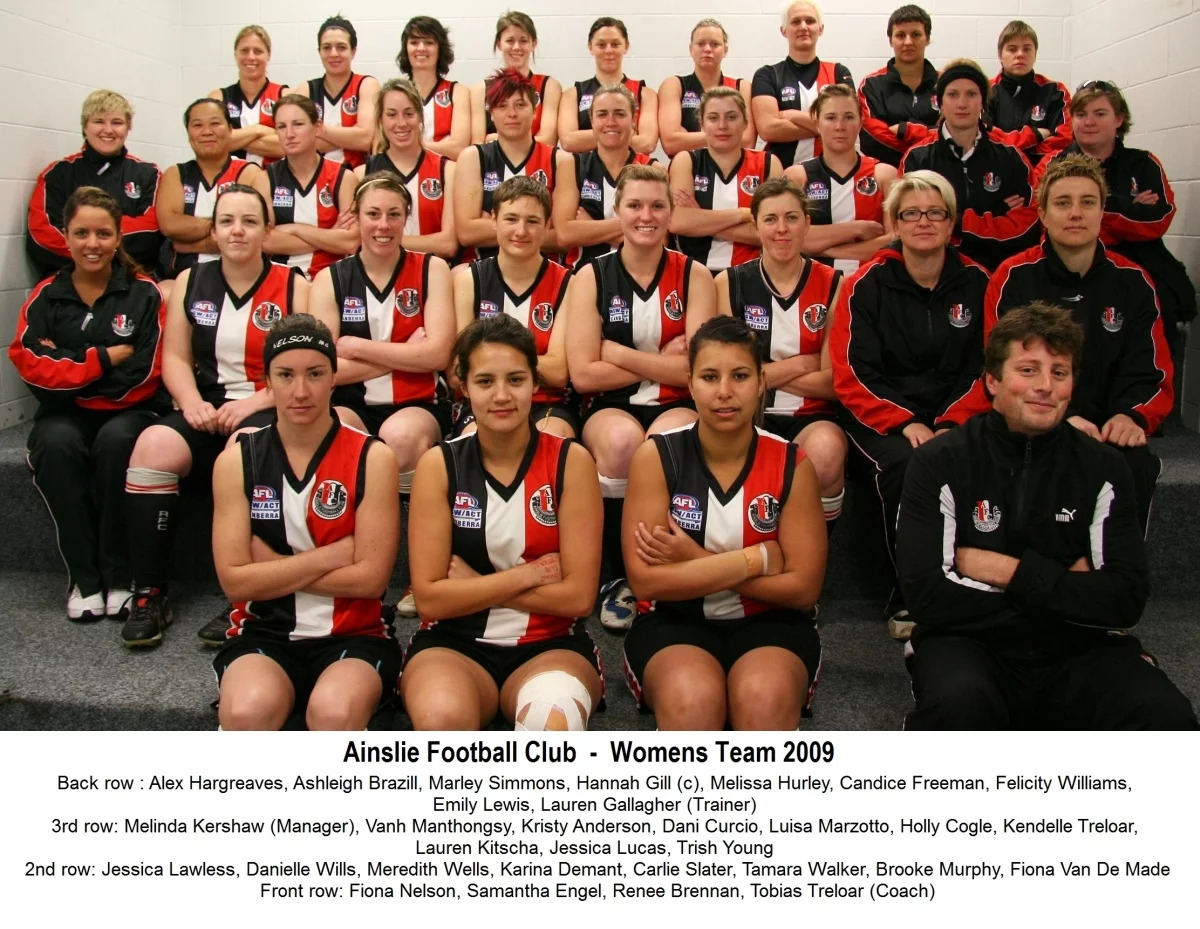 The Ainslie Women’s team finished the home and away games in second position with 12 wins and 2 losses.

The Grand Final against Tuggeranong was played in wet, muddy conditions with the score being the lowest of the year. With each side level on 2 goals, 2 behinds with a minute to go Tuggeranong were able to kick appoint to win the Premiership.

Kendelle Treloar played her 150th game in the Women’s League.

Holly Cogle, Karina Demant, Samantha Engel and Candice Freeman were selected in the AFL Canberra Women’s Team of the Year.