Ainslie finished second after the home and away games behind the Sydney Swans Reserves. The two teams played in the Major Semi-Final at Manuka Oval in very heavy conditions and Ainslie were able to upset the Swans to win by 40 points and proceed through to the Grand Final.

Ainslie played Eastlake in the Grand Final after the Demon’s win over Sydney in the Preliminary Final.

After a slow start Ainslie kicked away in the second quarter and ran out winners by 25 points to win their 23rd Premiership Flag.

Robert Shirley was awarded the Alex Jesaulenko Medal as Best on the Ground.

Nick Paine led the Club’s goal kicking with 54 followed by Ben Hughes with 33. 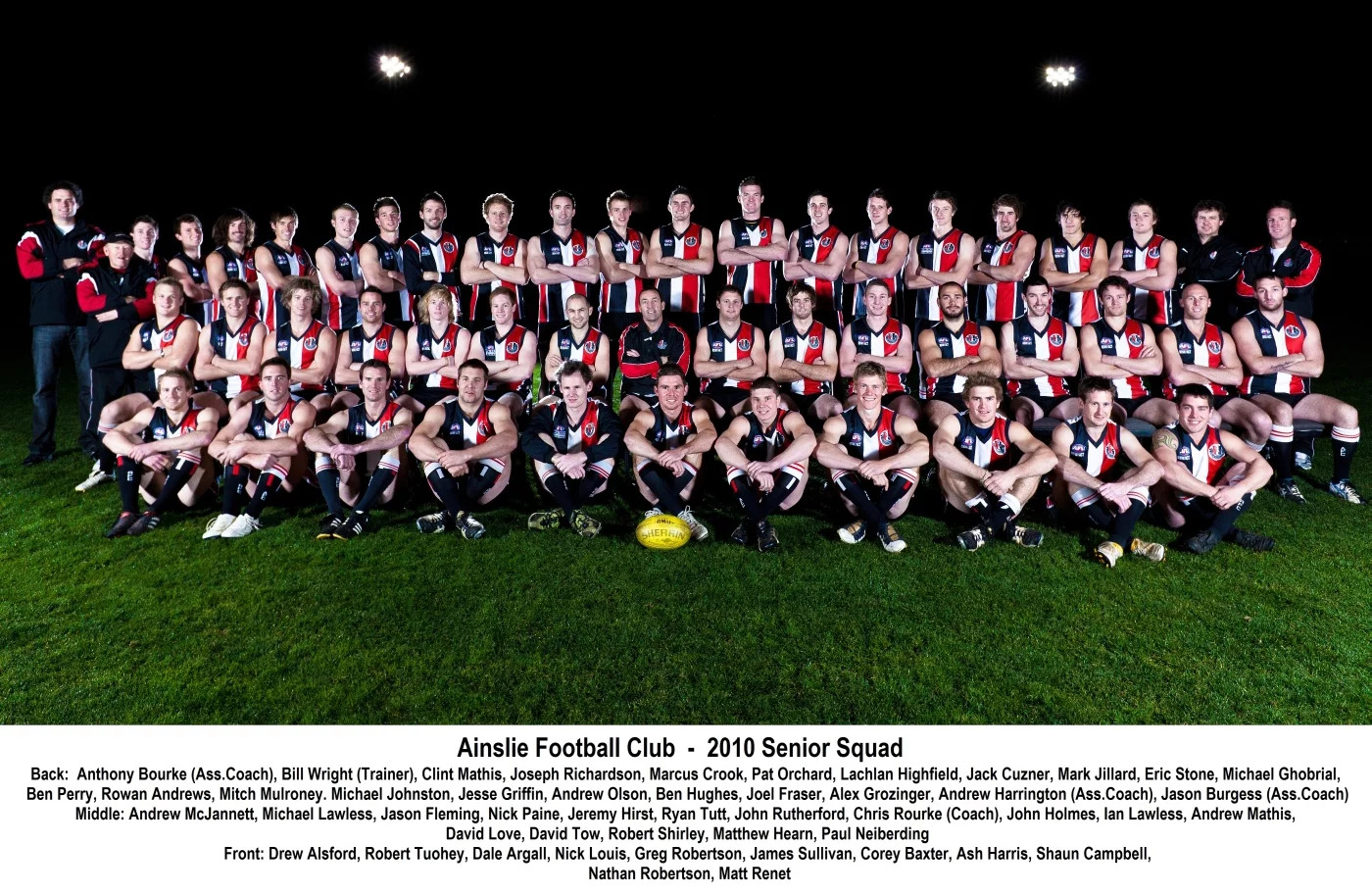 Ainslie Second Grade finished the home and away in fourth position.

They defeated Eastlake in the First Semi Final.

Ainslie played Belconnen in the Preliminary Final but were defeated by 2 points to finish third. 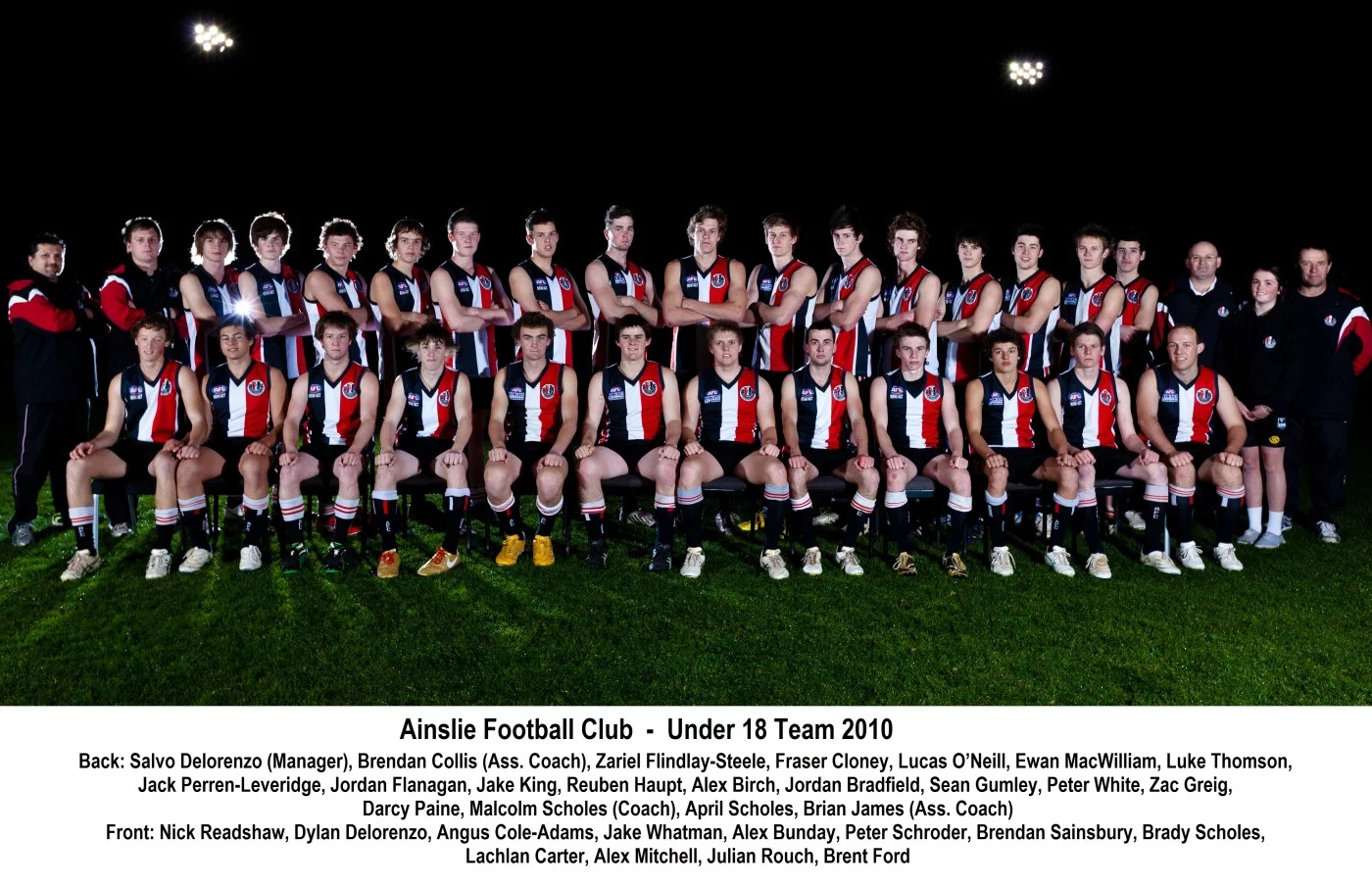 The Under 18 team played Marist in the Second Semi-Final but were defeated by 30 points.

In the Preliminary Final Belconnen defeated Ainslie leaving them in third position. 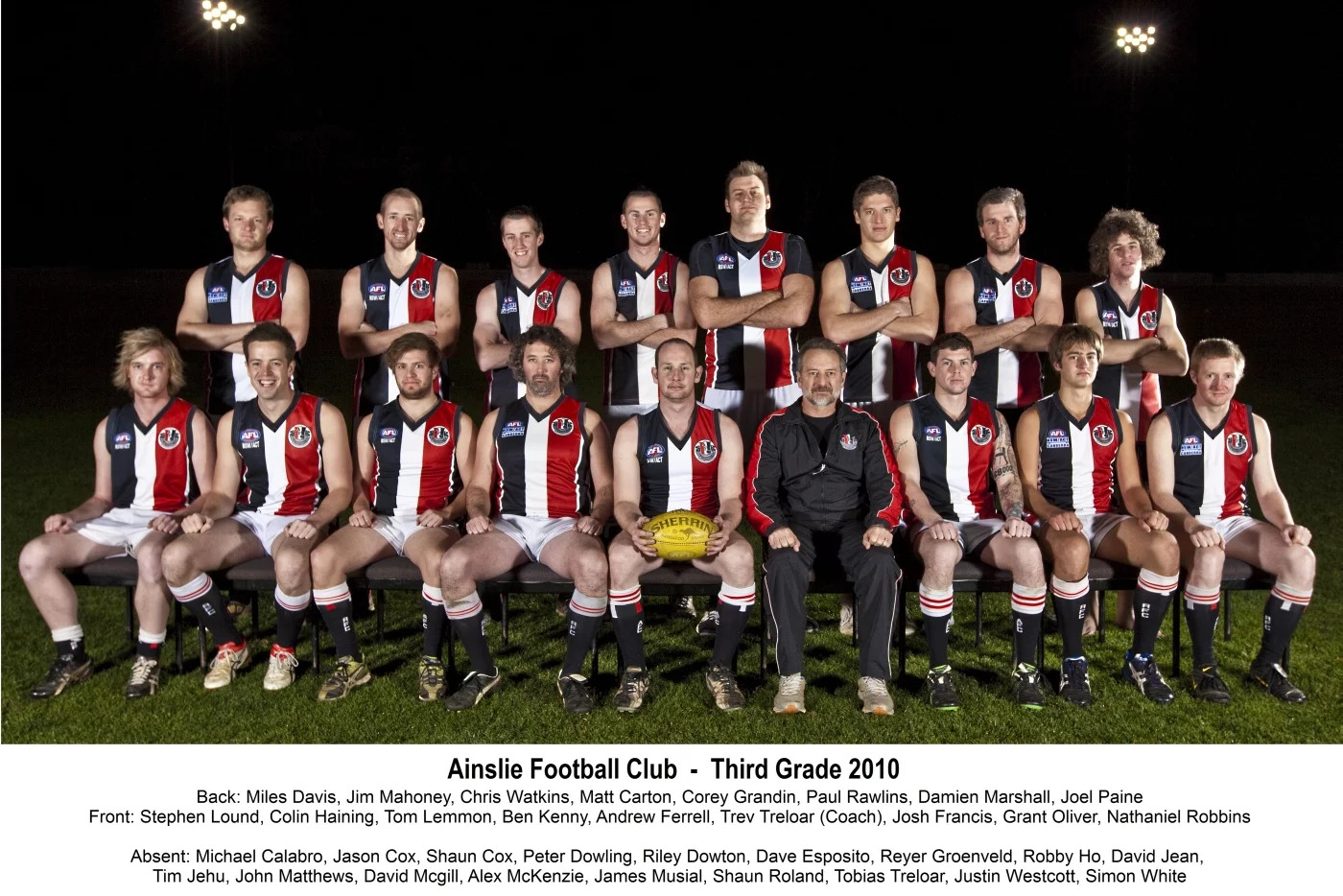 The Ainslie Division 3 team finished the season in 8th place with 3 wins and 14 losses. 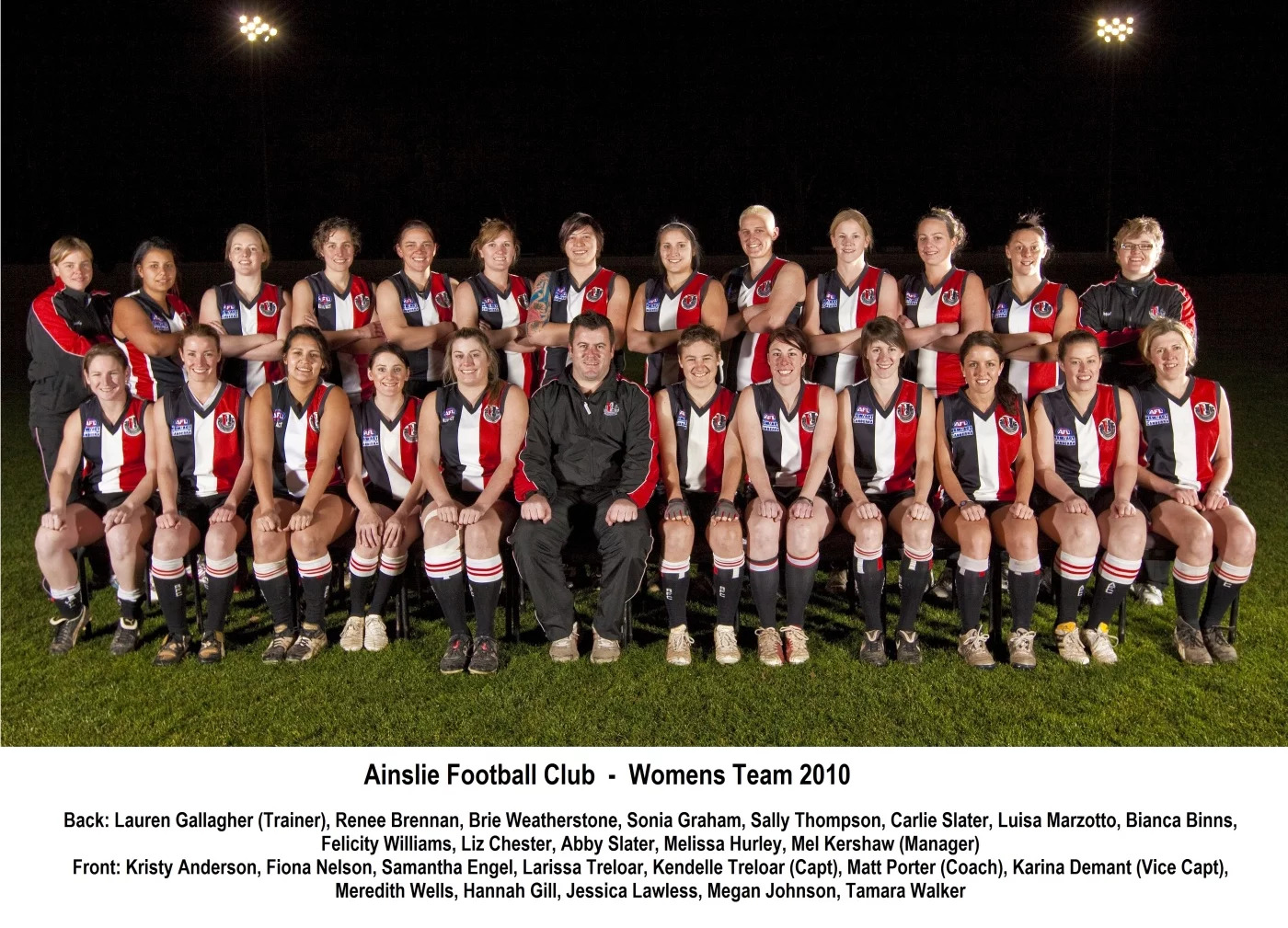 The Ainslie Womens team finished the home and away games in first position ahead of Tuggeranong with 11 wins and 2 losses.