Chris Rourke continued as Coach and during the season had his contract extended for a further two years.

Ainslie finished the home and away games in third place with 11 wins and 7 losses.

In the Qualifying Final Ainslie were defeated by Belconnen at Kippax Oval. Ainslie trailed by 5 points at half time but fell away in the second half only kicking 4 goals to Belconnen’s nine.

In the First Semi-Final Ainslie had a good win over UWS Giants by 64 points.

Ainslie met Belconnen again in the Preliminary Final. Belconnen opened strongly and had a 33 point lead at quarter time and increased this to 50 points at half time. Ainslie fought back in the third quarter kicking 7 goals to 2 to reduce the margin to 21 points at the last change. In the last quarter Ainslie closed the gap but a late rally by Belconnen gave them the win by 16 points.

The Ainslie team for the Preliminary Final was:

Josh Bennett was the leading goal kicker in the NEAFL Eastern Conference with 71 goals.

At the end of the home and away games Ainslie Division 1 finished on top of the ladder.

Ainslie played Belconnen again in the Grand Final with Ainslie running out winners by 28 points to win the Premiership. 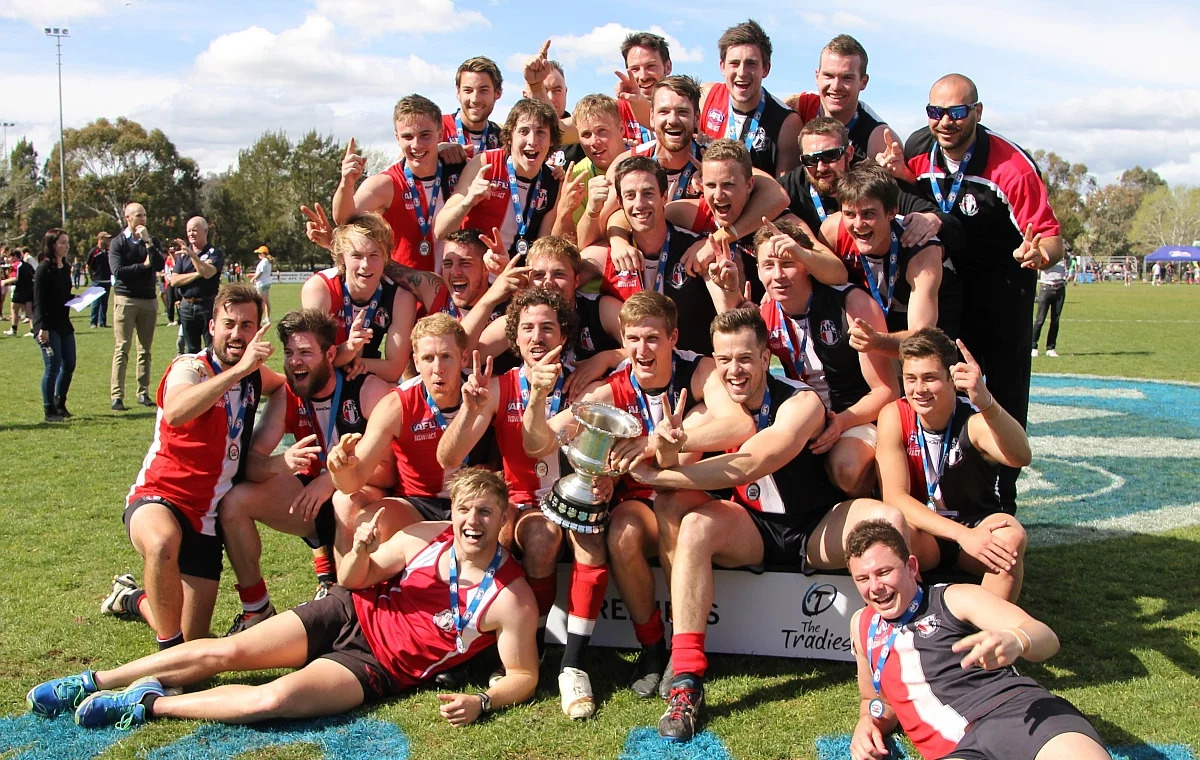 The Ainslie Division 1 team that played in the Grand Final was: 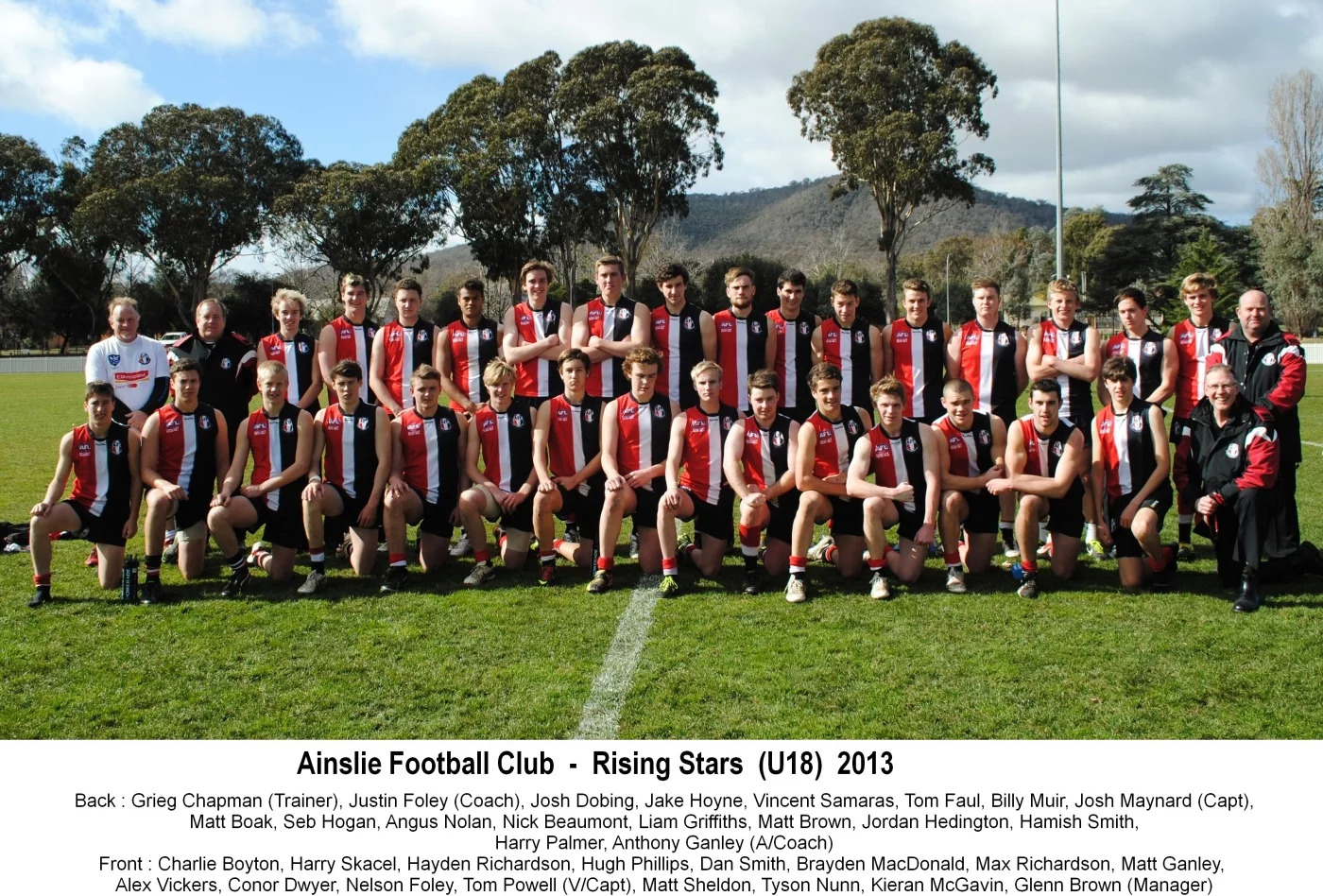 At the end of the home and away games Ainslie Rising Stars finished on top of the ladder with 14 wins and 4 losses ahead of Queanbeyan on percentage.

In the Second Semi-Final Ainslie defeated Queanbeyan to move through to the Grand Final.

Ainslie played Queanbeyan again in the Grand Final and defeated them by 8 points to win the Premiership. 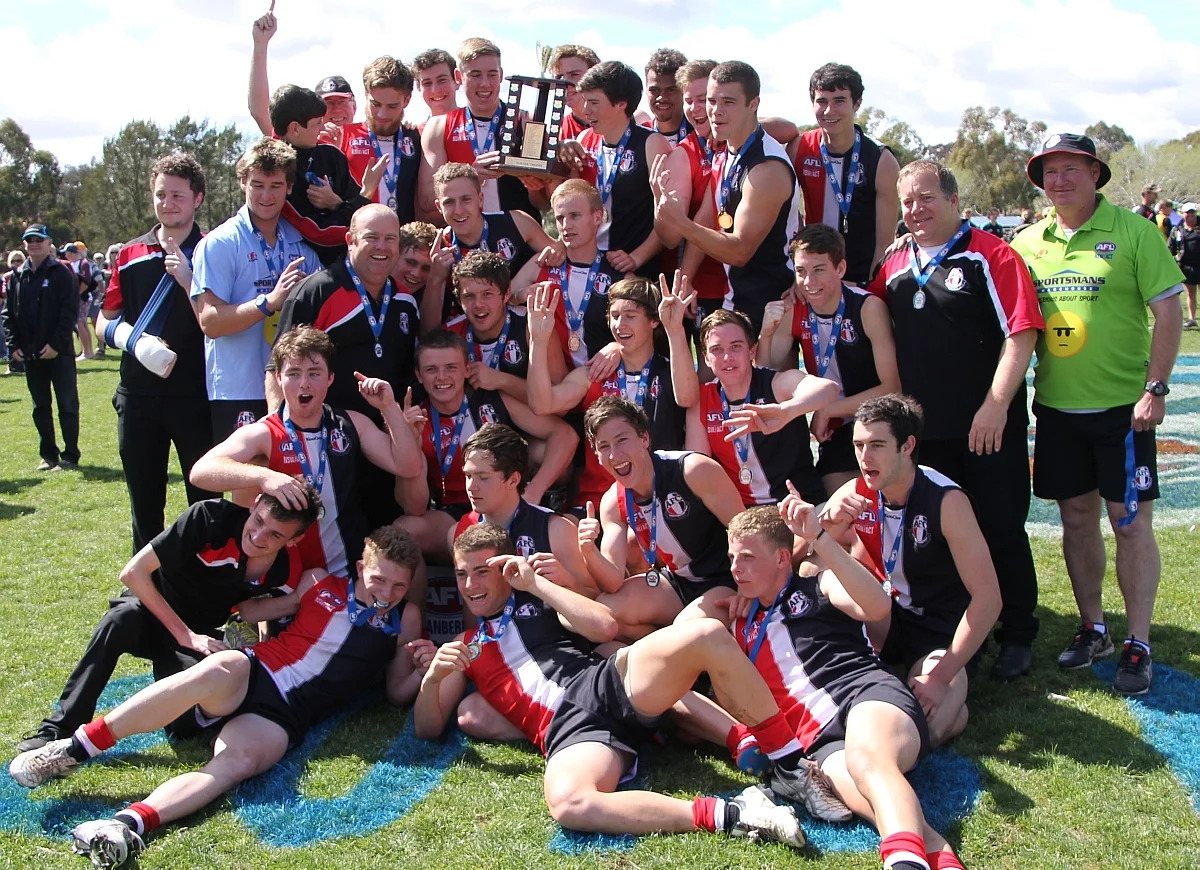 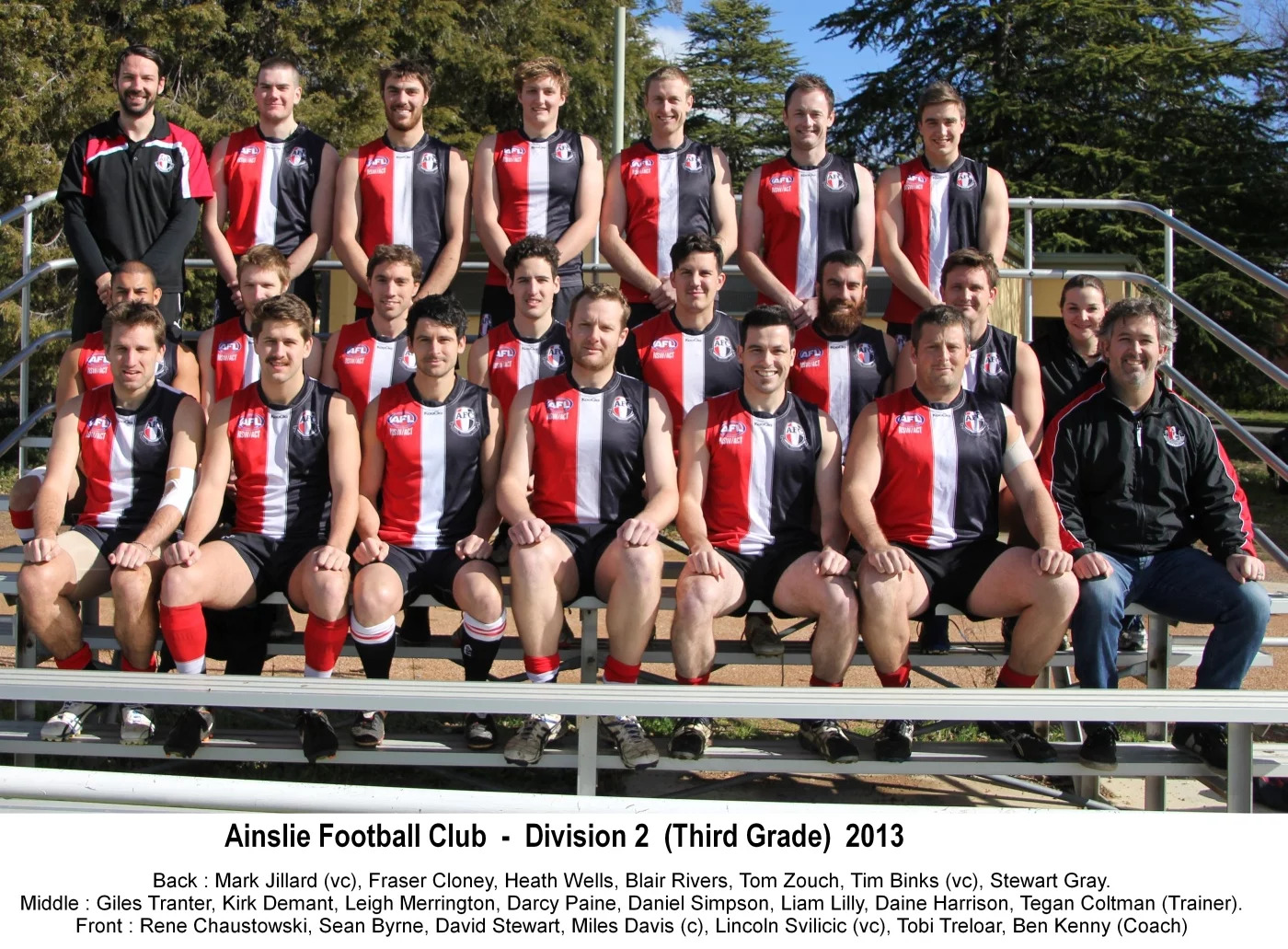 The Ainslie Thirds played in the Division 2 competition. After the home and away games the Thirds finished in fourth position out of 10 teams with 10 wins and 6 losses.

Ainslie were defeated by Belconnen in the First Semi-Final to finish in fourth place. 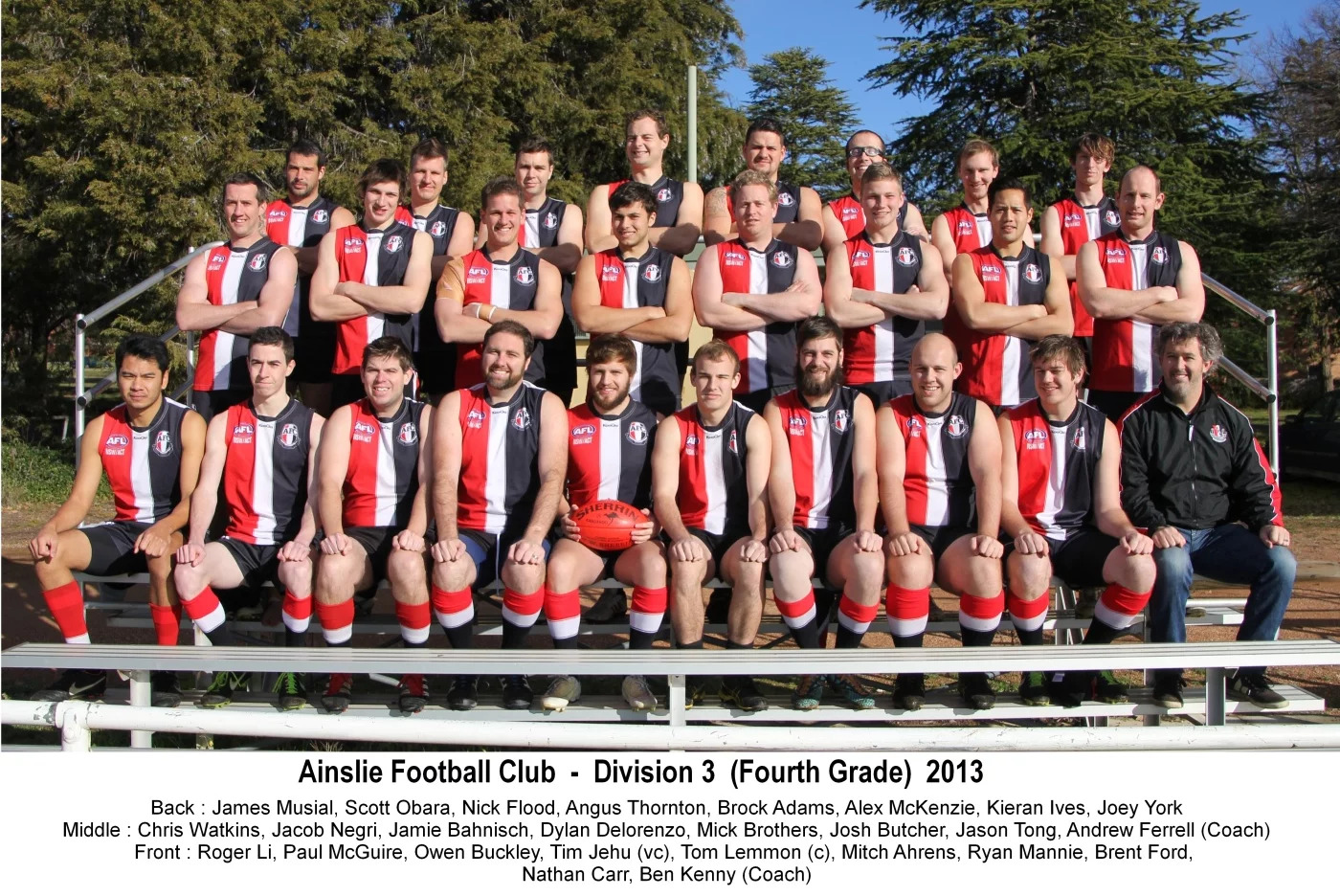 The Ainslie Fourths played in the Division 3 competition. After the home and away games the Fourths finished in eighth position out of ten teams with 3 wins and 14 losses. 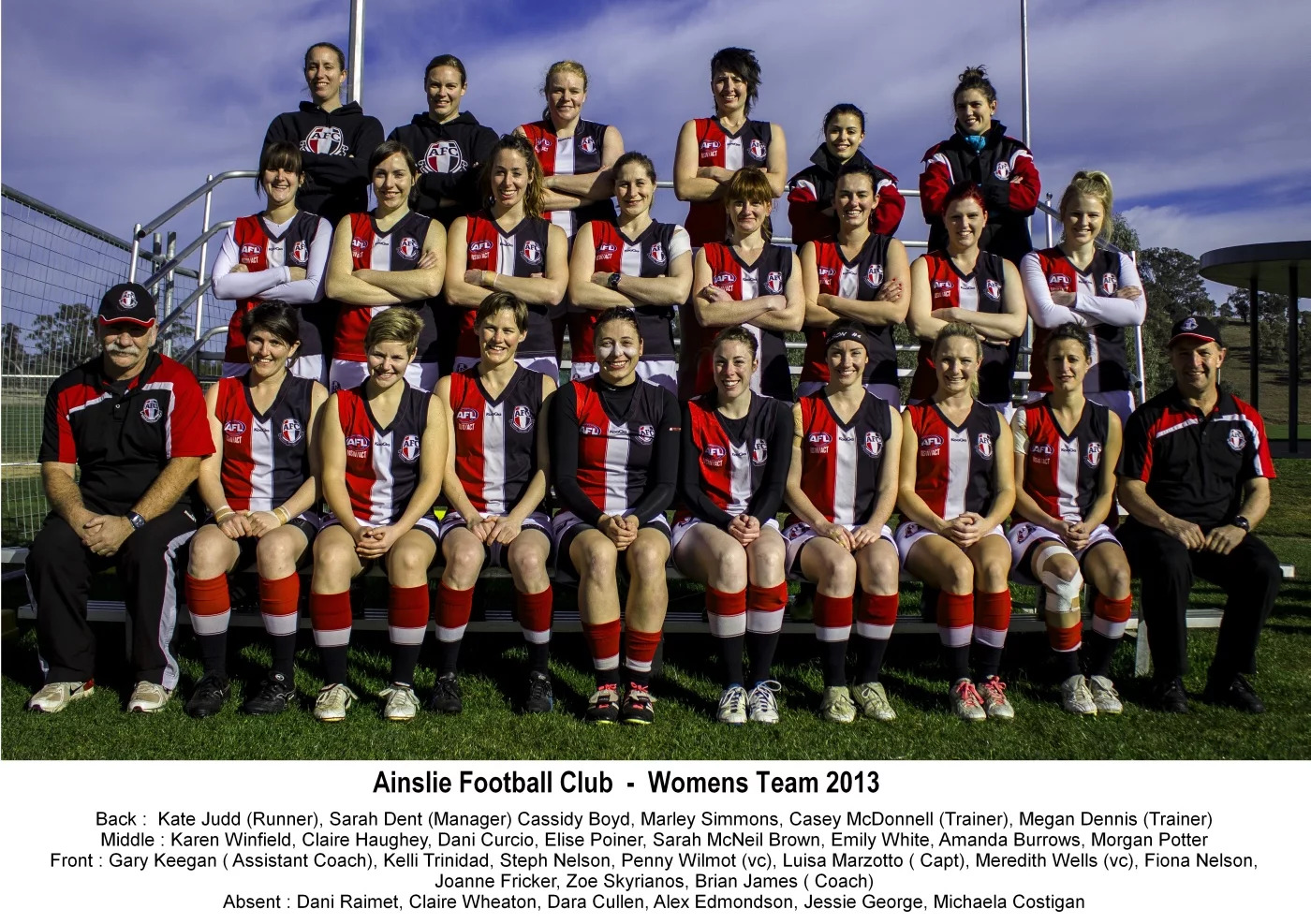 Ainslie Women finished the home and away games in fifth position in Pool 1 with 6 wins and 8 losses missing out on finals.

Luisa Marzotto was selected in the AFL Canberra Women’s Team of the Year.