Ainslie finished in sixth place after the home and away games with 12 wins and 6 losses.

Ainslie played third placed team NT Thunder in the Elimination Final held at night at TIO Stadium in Darwin. In what was a low scoring defensive game NT Thunder defeated Ainslie by 17 points. The third term proved to be the difference as NT Thunder added 3 goals to nil to open up a 26 point lead at three quarter time. Ainslie fought back in the last term kicking 3 goals to 1 but couldn’t close the gap. 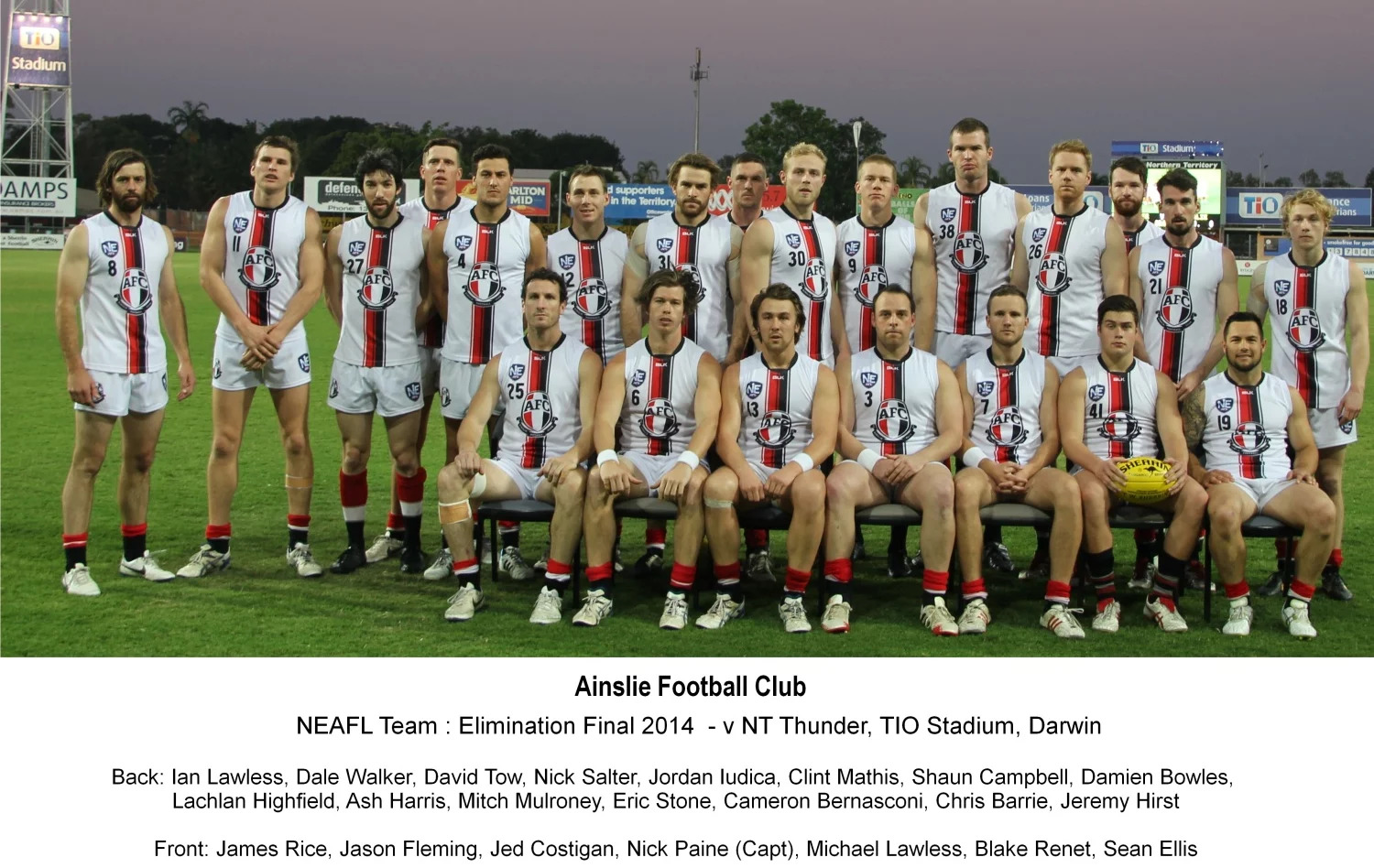 Ainslie finished in second place after the home and away games with 15 wins and 3 losses.

Ainslie played top side Queanbeyan in the Second Semi-Final and were defeated by 12 points.

In the Preliminary Final Ainslie defeated Eastlake by 12 points to set up a rematch with Queanbeyan in the Grand Final.

The Grand Final was played at Gungahlin Enclosed Oval with Ainslie playing Queanbeyan. Queanbeyan ran out winners by 3 goals leaving Ainslie as Runners up.

The Ainslie Second Grade team that played in the Grand Final was:

Seven Ainslie Second Grade players were selected to Represent the ACT in the game against Sydney AFL. 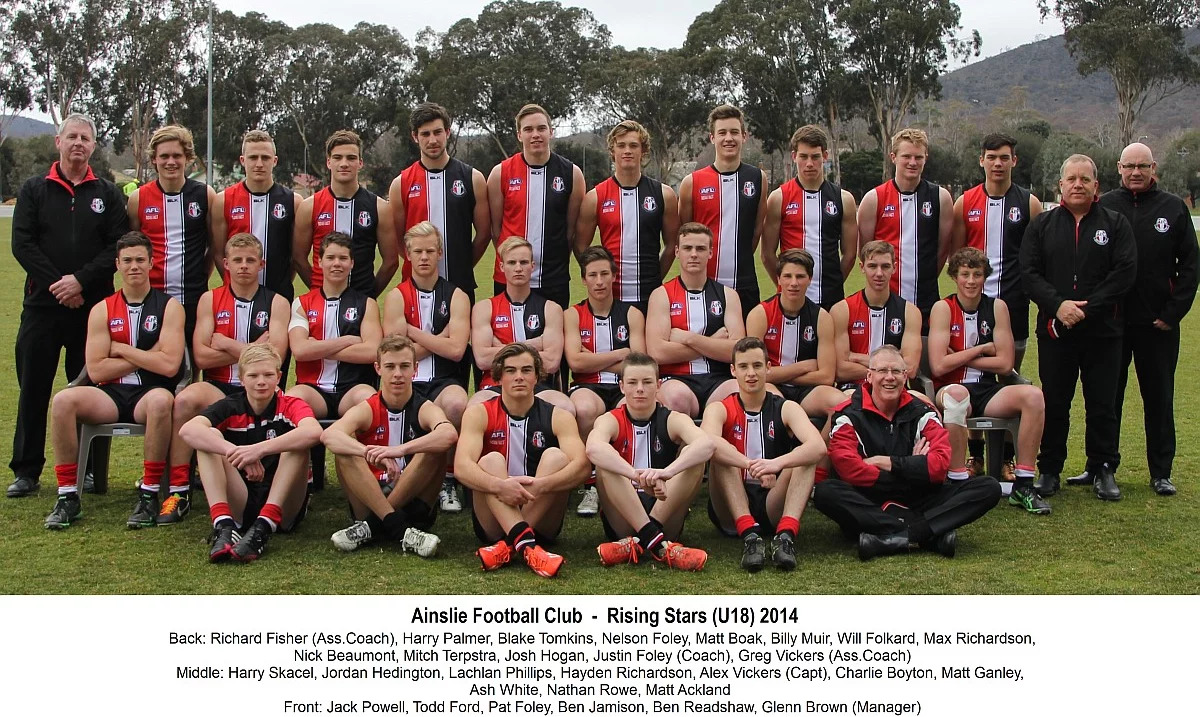 The Ainslie Rising Stars team finished the home and away games on top of the ladder with 15 wins and 2 losses.

Ainslie played Marist in the Preliminary Final and had a good win by 61 points.

The Grand Final against Queanbeyan played at Gungahlin Enclosed Oval was a tight, hard game for three quarters with Ainslie leading by 1 point at three quarter time. However Queanbeyan kicked 3 goals to nil in the last quarter to defeat Ainslie by 3 goals. 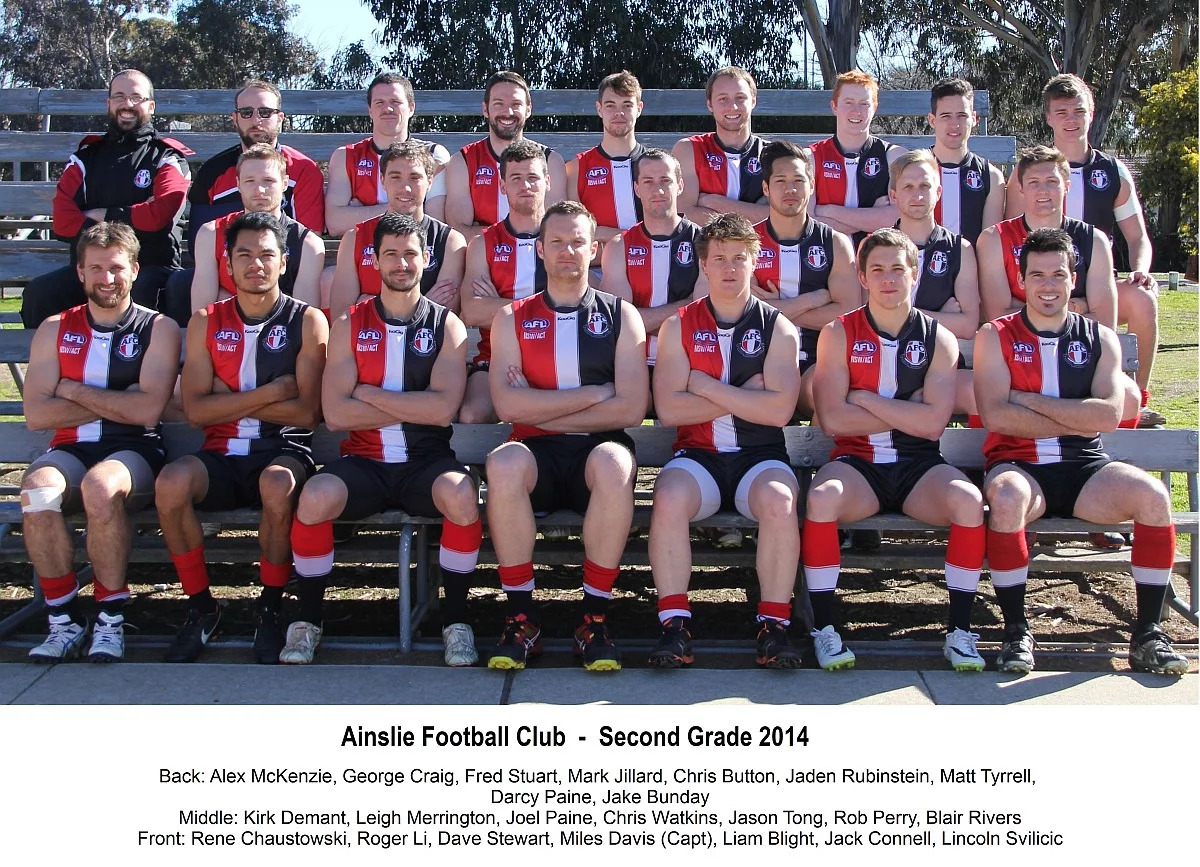 The Ainslie Thirds team played in the AFL Canberra Second Grade. There were 11 teams in the Second Grade Competition. Ainslie finished in third place after the home and away games with 11 wins and 5 losses.

In the Qualifying Final between second placed South Coast and third placed Ainslie it was a good victory to Ainslie by 66 points.

Ainslie then played top side Molonglo in the Second Semi-Final but were defeated by 27 points.

In the Preliminary Final Ainslie played Woden and after a very tight last quarter Ainslie emerged winners by 4 points to move through to the Grand Final.

The rematch with Molonglo in the Grand Final was a low scoring game with both team’s defences on top. In a tense last quarter Molonglo continued to attack but were kept out by very determined defenders and Ainslie held on to win the Premiership by 2 points. 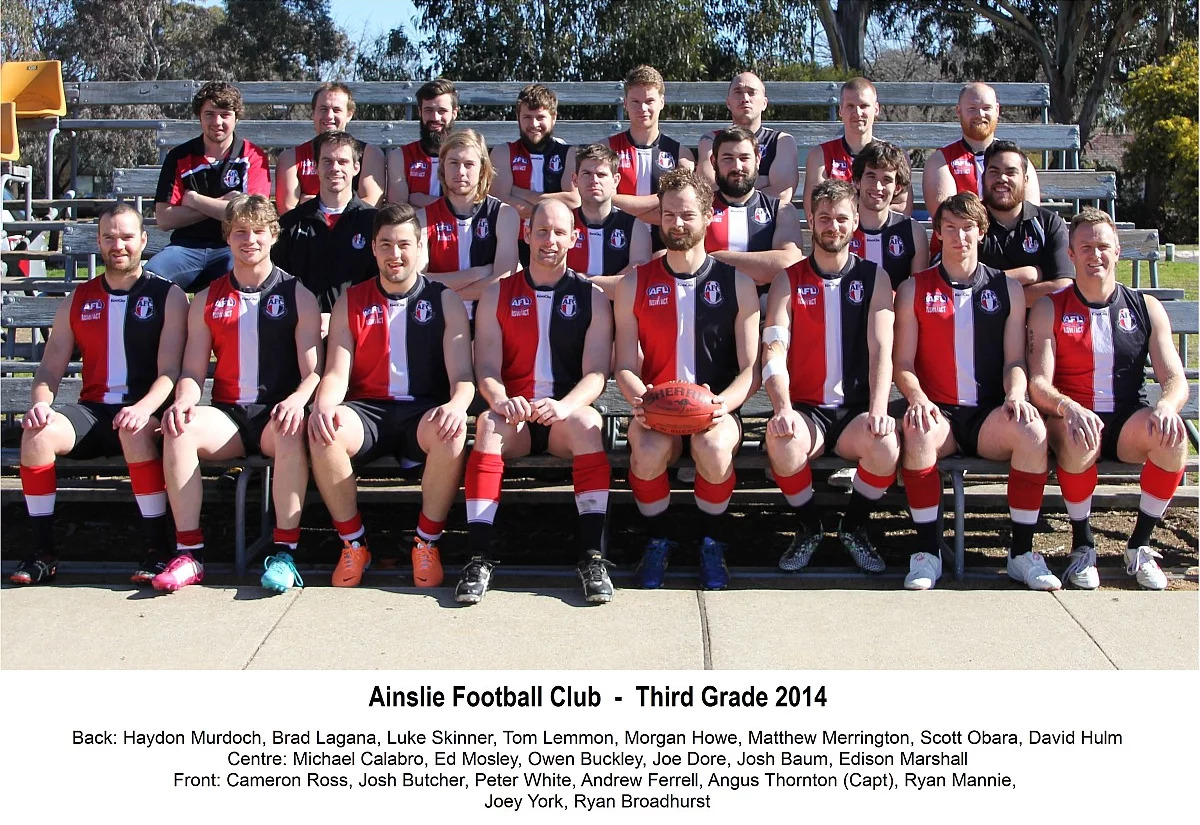 The Ainslie Fourth team played in the AFL Canberra Third Grade. There were 12 teams in the competition.

Ainslie finished the home and away games in fifth position with 10 wins and 6 losses.

Ainslie played Cooma in the Elimination Final at Jamieson Oval. Cooma were too strong for Ainslie defeating them by 29 points. 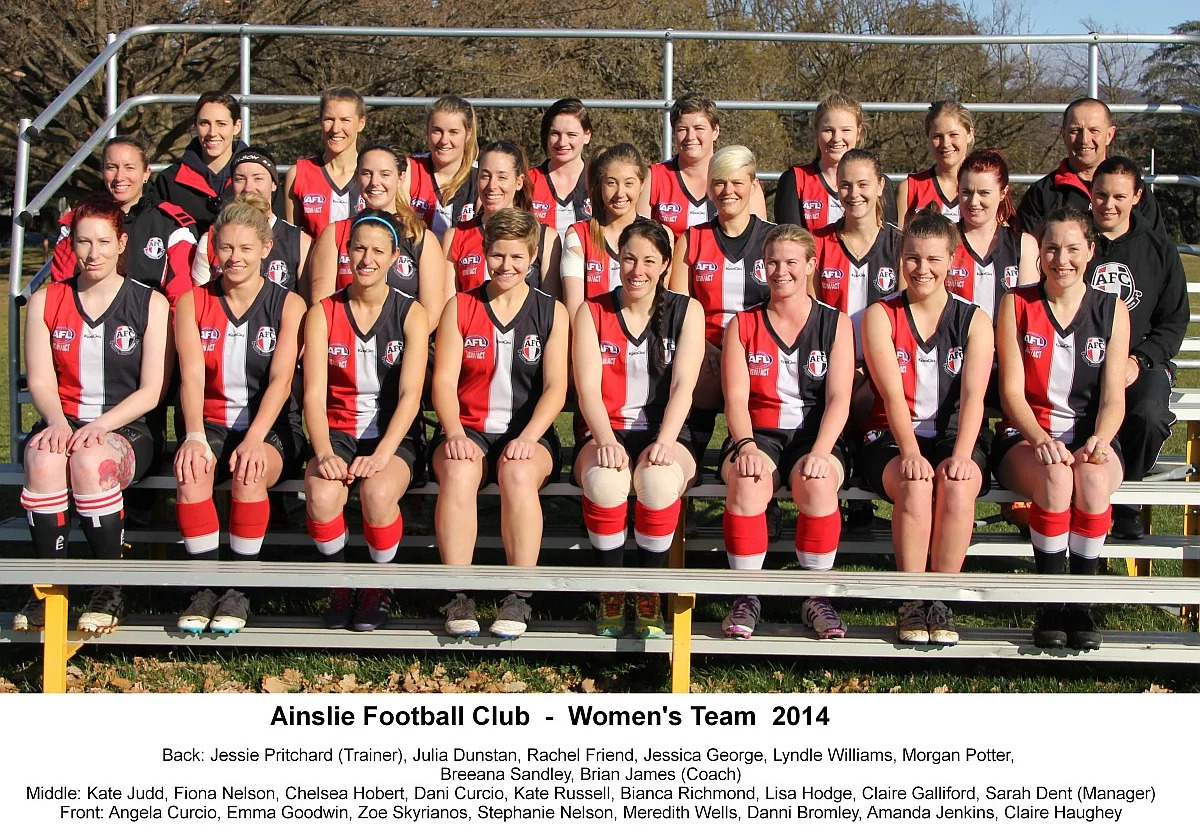 The Ainslie Women’s Team finished the home and away games in sixth place in the Pool 2 group with 4 wins and 12 losses to finish outside the finals.